Cerita Anak (Child’s Story) is an excellent collaboration between Australian’s Polyglot and Indonesia’s PaperMoon Theatre, two companies who clearly know the world of children and also that adults love to be given the opportunity to be children again.

Co-directors Sue Giles and Ria Tri Sulistyani – together with puppet and image designer Iwan Effendi and set designer Anna Tregloan – have conceived and created a theatrical journey filled with gentleness and joy but which also has moments of drama and danger.

An immersive production inspired by Java’s seafaring history and the true story of a small boy’s arrival in Australia, the show begins for the children who are going to be in the boat (and their accompanying adult) in a rehearsal room making sea creatures from card and pastels.  The friendly actors establish a trust which remains throughout the production.

In the main theatre, the “boat people” play with mini boats around their waists and then create the sea with large pieces of blue silk; actors and adults create waves and the children play in the “water”. Soon everyone is on board and keeping small as a storm passes, then fishing with rods as they try to catch the sea creatures they made earlier.

The magic continues as shadow theatre images of sea creatures are shown on large screens that have been raised about the boat. The children are given small puppets and torches so they, too, are soon making their own shadow puppet images. This does not destroy the “magic” of the theatre experience as the mysteries are explained and the children, armed with knowledge, are instrumental in creating their own theatrical elements.

I didn’t realise until after the show that there had been another audience, seated watching us all through a large piece of scrim as we pretended we were at sea.  Being unaware of their presence, we all just went about the adventure as if we were lost at sea, waving to searchlights and arriving in a harbour, unselfconsciously; the children were not acting, but being. 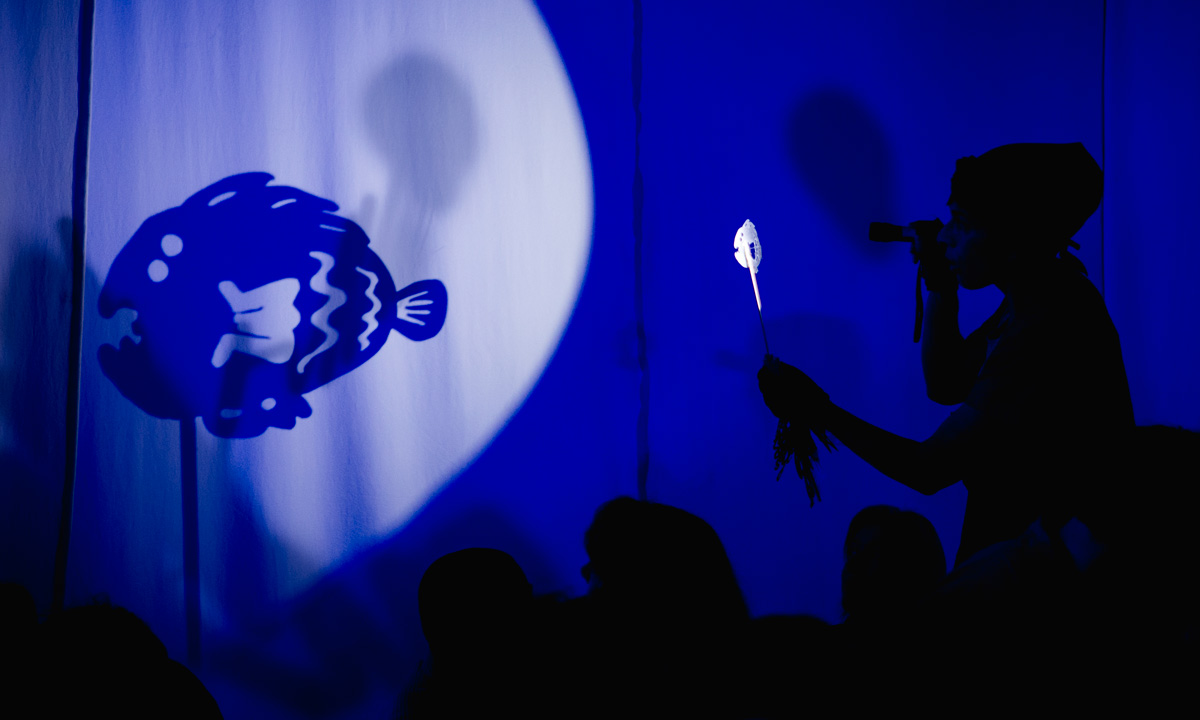 According to the seated audience at the OzAsia show, the imagery and puppetry were beautiful.

Reflecting on the show – a bonding experience that will long remain with us –  my grandson commented: “It felt like I was on a real boat.”

Cerita Anak (Child’s Story) is beautiful, magical, moving and profound – a fine example of an art experience that brings cultures together, explores our humanity and develops empathy for others.

Polyglot Theatre and Papermoon Puppet Theatre are presenting Cerita Anak at the Odeon Theatre in Norwood until November 4 as part of the OzAsia Festival. Read more InDaily and CityMag OzAsia Festival stories and reviews here.