Glitter balls, a fusion of Korean music with ’70s disco pop, and grooving grandmothers – this should be the feel-good show of the festival.

Created by choreographer Eun-Me Ahn, the contemporary dance performance features 10 professional dancers alongside 10 “everyday grandmothers”. It is inspired by the generation of women who lived through a period of great upheaval in Korea, and incorporates wonderful video footage of Korean grandmothers dancing in their villages (see teaser video below).

Best of all, we’re told that at the end the public is invited up to dance with the cast on stage in a kind of techno rave.

Described by OzAsia festival director Joseph Mitchell as “hilarious but also very poignant and moving”, this play was first produced in 1986 and is considered the first contemporary play in China.

It tells the story of two drama troupes who are mistakenly booked to use the same theatre space – while one is rehearsing a romantic memory play (Secret Love), the other is preparing a farcical period comedy (Peach Blossom Land).

Secret Love in Peach Blossom Land is written and directed by Stan Lai, described by the BBC as the best Chinese-language playwright and director in the world.

“This is the first time a work by Stan Lai has been invited to Australia, so it’s a real coup,” Mitchell says. 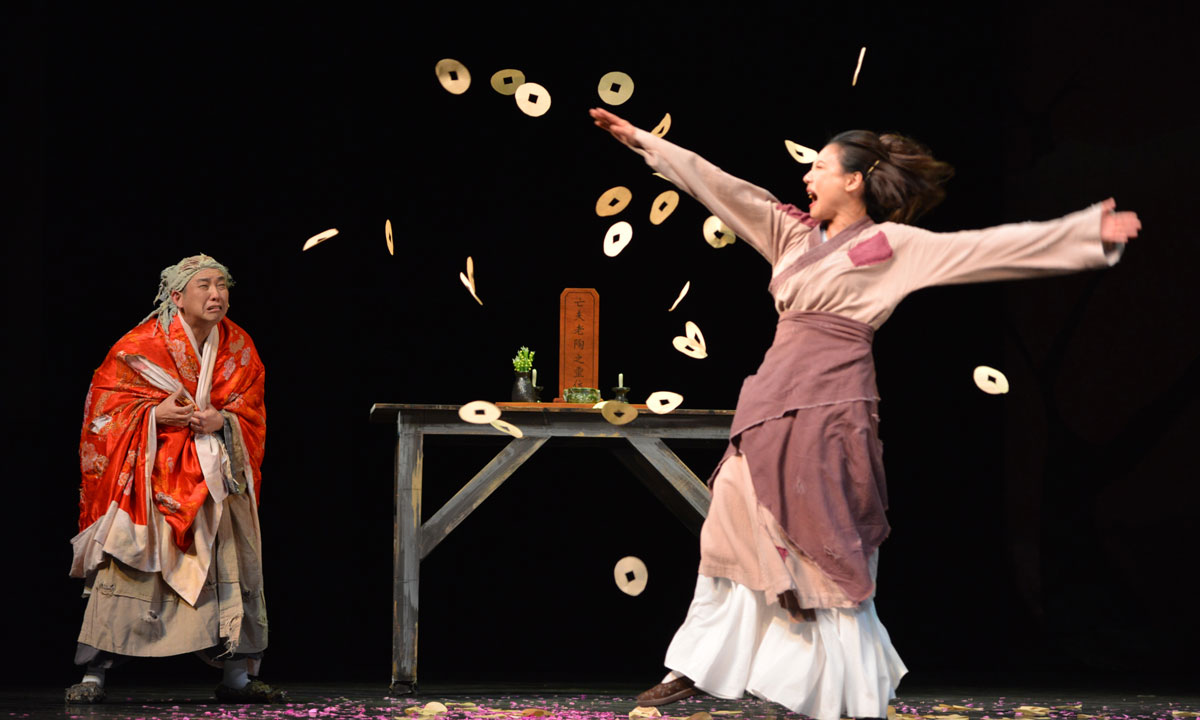 While I Was Waiting

This is a more contemporary and sobering production – described as “subtly harrowing” by the New York Times – which seeks to help audiences understand the brutal impact of the Syrian conflict on ordinary citizens.

While I Was Waiting is presented on a two-tiered stage as the victim of a beating at a security checkpoint in Damascus, 30-year-old Taim, lies in a coma and his loved ones try to make sense of what has happened. The play was inspired by the ordeal suffered by a friend of Syrian director Omar Abusaada, with playwright Mohammed Al Attar quoted as saying that the focus on an individual family is intended to humanise the situation in Syria.

“You tend to think about those people that you see through reports in the media as characters, not as human beings …” he told US website The National. “By trying to focus on one family you see that Syrians are much closer to you than you think.” 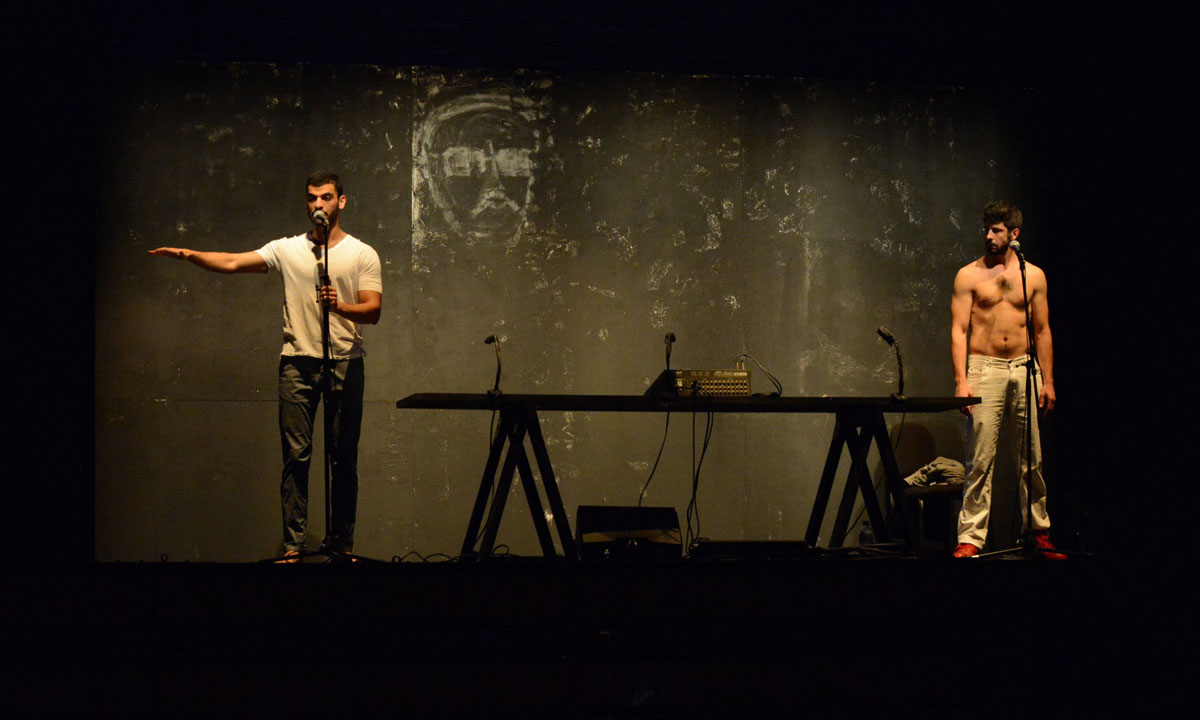 From dancing grandmothers to dancing monks … Belgian dancer Sidi Larbi Cherkaoui’s Sutra is “relevant, insightful, and emblematic of all the things OzAsia Festival should be”, writes Farrin Foster in this CityMag article about the production.

The OzAsia season offers a rare chance to see Cherkaoui on stage, as the choreographer joins a troupe of 19 Shaolin monks to celebrate the 10th anniversary of the Sadler’s Wells London production presented on a set featuring wooden boxes that meld into different shapes and patters.

Awarded five-star reviews by both The Times and The Guardian in the UK, Sutra is an acrobatic work said to combine “the exhilarating beauty of kung fu, Buddhist philosophy and contemporary dance”.

This show is, literally, out of the box. And for anyone who enjoyed the Adelaide Fringe performances of Iranian playwright Nassim Soleimanpour’s earlier work White Rabbit, Red Rabbit, it will be a must-see.

Nassim will be performed each night be a different actor who doesn’t get to see the script until they step on stage, and is said to explore the freedom and limitations of language, and the way it can both unify and divide people.

The performers for the Adelaide season will be rapper Joelistics, actor Paul Blackwell and The Chaser’s Alex Lee. (Read InDaily’s interview with Lee and Soleimanpour here.) 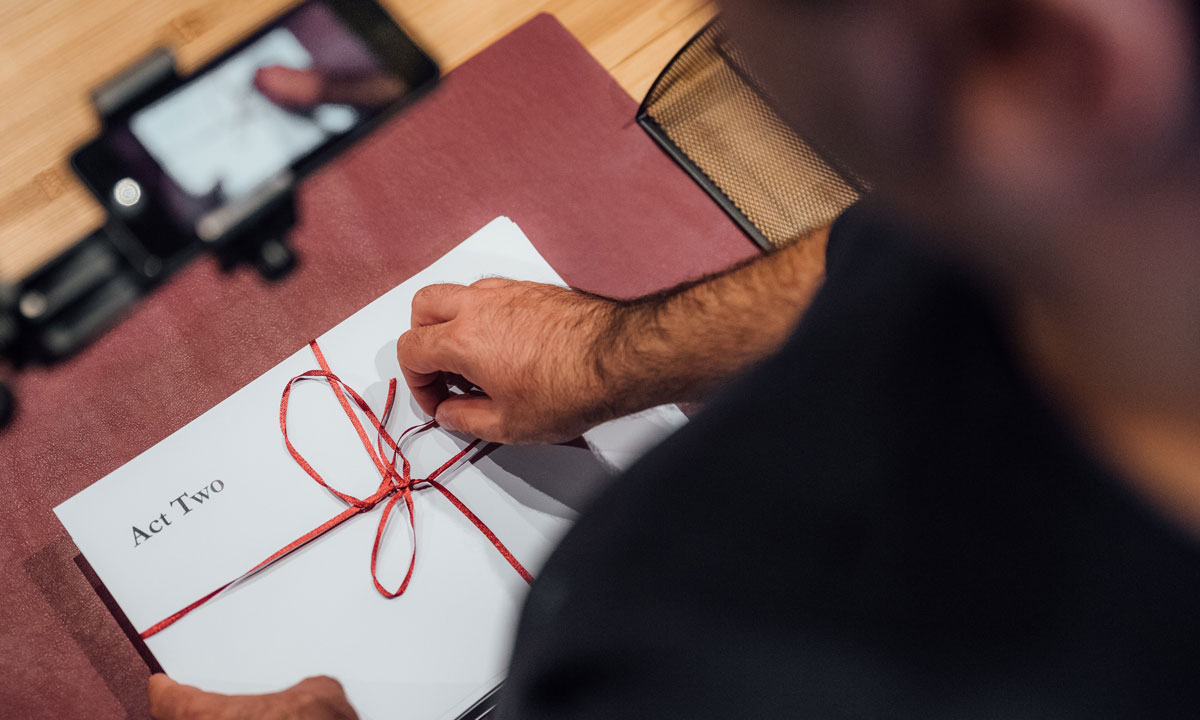 Nassim performers see the script for the first time on stage.

“Be our guest at the most enigmatic wedding reception of the year in this multicultural, multi-arts event created by women artists with and without a disability,” urges the OzAsia Festival program.

Presented by Adelaide’s Tutti Arts with international partners Perspektif and Stepping Stone, Say No More will see 26 female artists from Australia, Malaysia and Indonesia come together to “share truths, debunk myths and expose the lies that we tell ourselves about being women”.

It is being presented at the Town Hall, where audiences – or should we say guests? – will get to experience live performance, film, music and art installations which reveal personal stories of struggle within an unusual immersive wedding setting. 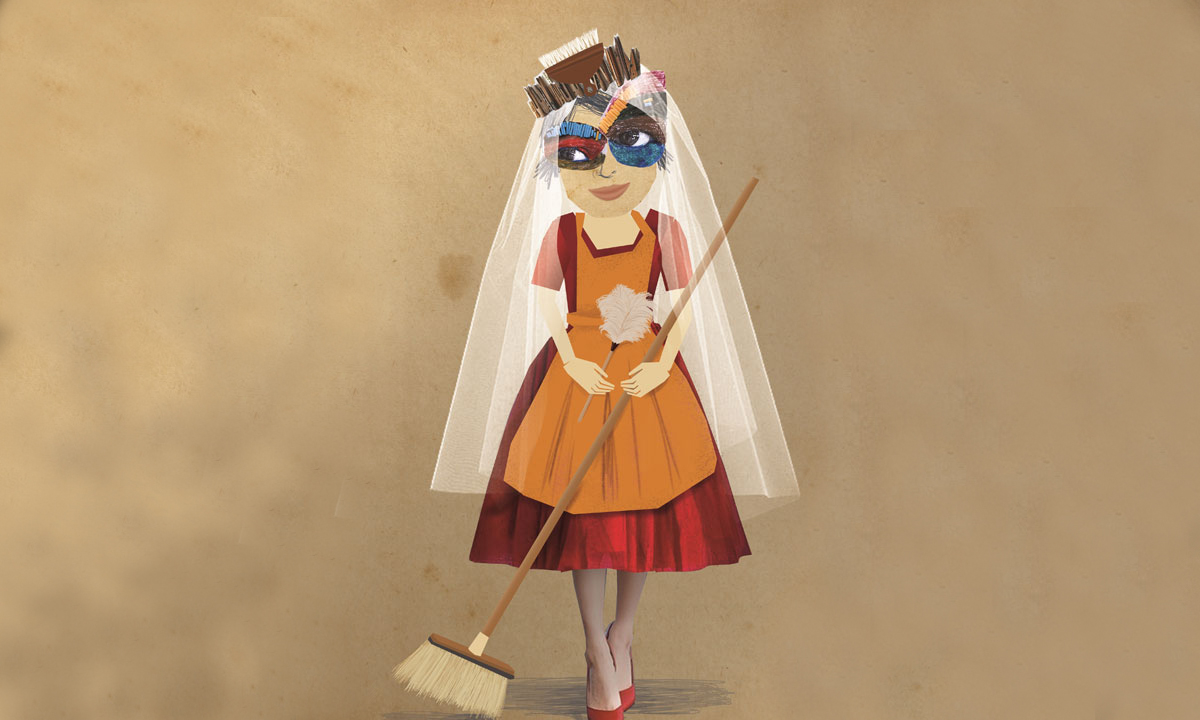 The program artwork for Say No More.