Iranian playwright Nassim Soleimanpour’s 2011 play White Rabbit, Red Rabbit will be familiar to some South Australians from its performances during the Adelaide Fringe.

Like his new work, NASSIM – to be presented at this year’s OzAsia Festival – it requires a different actor for each performance and they only see the script for the first time on stage.

NASSIM is another “audacious theatrical experiment”, according to the OzAsia Festival, which is presenting it in Adelaide from November 1-3.

Partly autobiographical, it was inspired by Soleimanpour’s desire to create work his own mother could understand; the play explores the freedom and limitations of language, and the way it can both unify and divide people.

NASSIM will be performed over three different nights in Adelaide by rapper and producer Joel Ma (aka Joelistics), actor Paul Blackwell, and TV presenter, actor and comedian Alex Lee.

Lee, whose credits include ABC TV’s The Checkout and The Chaser’s Election Desk, tells InDaily that to keep faith with the concept, she has deliberately avoided reading anything about previous performances of NASSIM: “I have seen what’s in the [OzAsia] program, and that’s it.”

But with her background in improv and stand-up comedy, she says she jumped at the chance to be involved.

“It relies on that element of being able to pull something off and learn about what it is at the same time as the audience… it’s quite a unique thing.

“It will suit my style of comedy – most of the time I am unprepared and I have to charm my way through it!”

OzAsia artistic director Joseph Mitchell has previously described NASSIM as an emotional and powerful work which is moving for both the actor and the audience.

Lee says that as an “emotional person” herself, it’s quite possible she could end up crying mid-performance.

“I spend a lot of time crying when I watch films – I even cried the other day watching watching Crazy Rich Asians.

“I might be in tears on stage – I’m not going to rule it out. I’m also going to be seven months’ pregnant when I perform, so that throws another whole element into it – who knows what my hormones will be doing?”

As a conscientious objector who refused to complete Iran’s compulsory military service, Soleimanpour was for years prevented from leaving his country to see White Rabbit, Red Rabbit performed overseas, instead encouraging audience members to email him photos and feedback mid-show. Now, however, he is able to travel and see first-hand the impact that NASSIM has on both the performers and the audience. 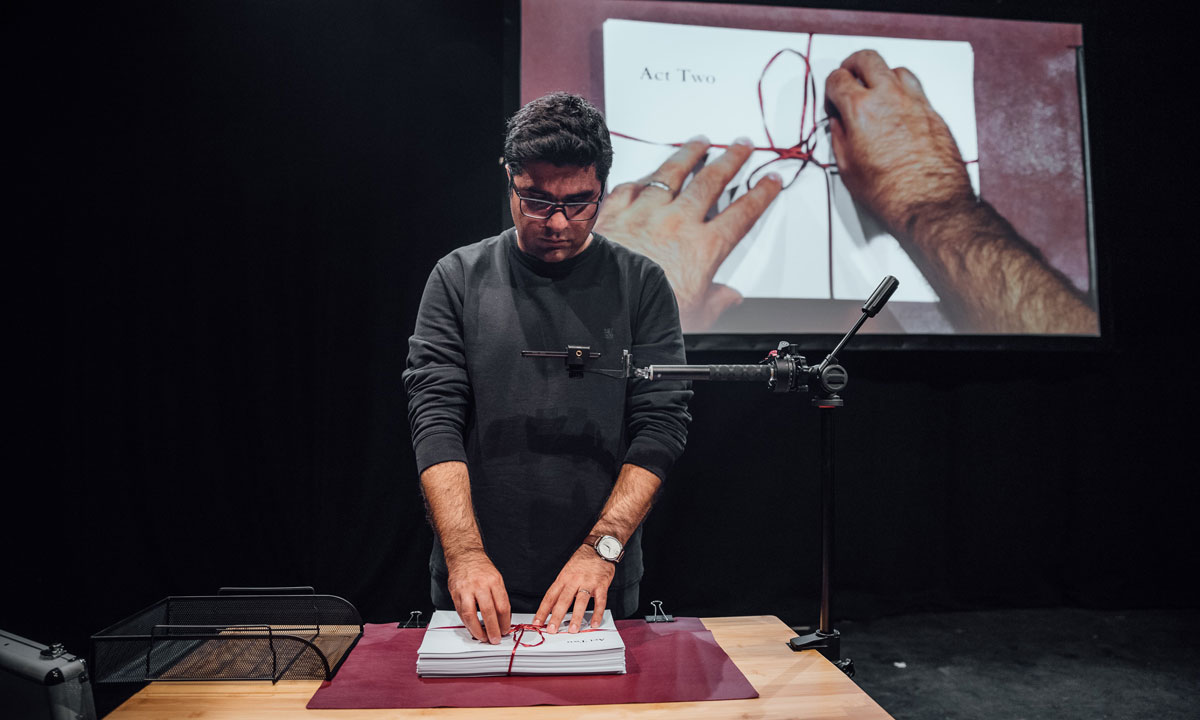 Soleimanpour tells InDaily that creating a show which offers no opportunity for rehearsal can result in a performance with more “authenticity, liveliness and a real sense of vulnerability”.

“The down side is that any actor can only appear once in these plays. So if you miss your chance to watch their show you can never get a second chance to go and see them.”

He acknowledges that the experience can be both exciting and terrifying for the performer, but adds that “we will never be able to find something new, unless we’re brave enough to risk and, of course, feel scared!

“That’s the history of any exciting human invention: To risk in the right way.”

Soleimanpour echoes the comments of Mitchell and reviewers about the emotional impact of NASSIM, commenting modestly that it seems to “resonate quite well with its audience of any age and language”.

“For that I feel very grateful.

“Nothing is as rewarding as a hug by a 70-year-old mother afterwards, and trying to understand their thoughts and emotions in a language that you don’t share.

“But most importantly, I always hope that such experiences are exciting and hopefully inspiring for younger artists.