She Who Must Be Loved begins with a very humble Freda Glynn cooking in her modest outdoor kitchen, adjacent to a galvanised-iron dwelling, then cuts to her in her extensive overgrown garden, hacking into plants or mowing tall grass.

She is immediately likeable: dignified, wise, a bit cheeky and fun. The sort of grandmother everybody would love to have.

Glynn has had a tremendous life: she was a photographer and media pioneer who co-founded the Central Australian Aboriginal Media Association (CAAMA), and many of her children (including directors Erica Glynn, who wrote and directed this documentary, and Warwick Thornton) and grandchildren have found a place in the world of media and film.

She is also the recipient of the 2018 Don Dunstan Award at the Adelaide Film Festival.

It initially lulls its audience into thinking it will simply be a delightful celebration of a life, but the documentary also shows the impact of more shameful chapters in Australia’s history

Freda Glynn’s grandmother was shot in a massacre, and finding out the truth about the incident is an important part of this story.

As a child, Glynn also lived under the Aboriginal Protection Act policies, when young Aboriginal girls were raised on missions to work as servants on outback stations. 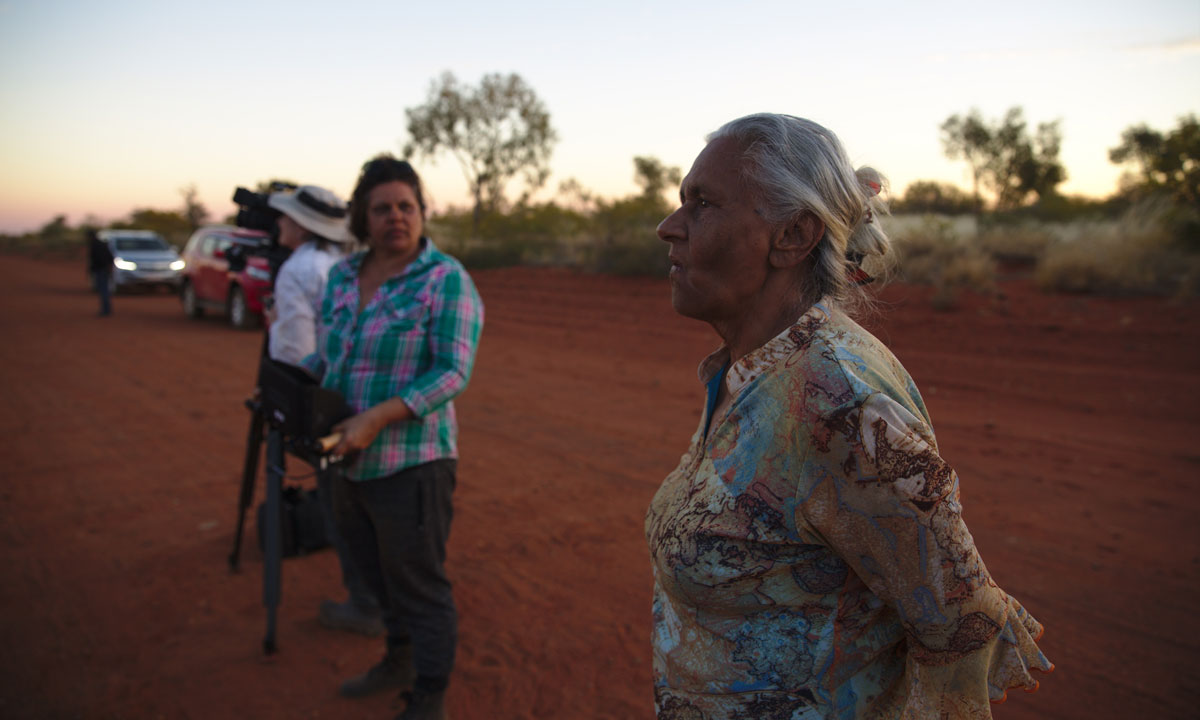 Freda Glynn on the set of She Who Must Be Loved.

Her hurt is evident when she visits the old Telegraph Station at Alice Springs and she sees a book about the white side of her family which never acknowledges the existence of her Aboriginal ancestors. This is something of a metaphor for Australia and how it deals with its past, as we struggle to talk of the negatives and wrongdoings of our forebears.

Glynn’s family’s story will always remain with her, and She Who Must Be Loved – described as part biopic, part social history – shows why the truth about this country’s past must be told and acknowledged to offer some opportunity for reconciliation.

Freda Glynn is funny and forgiving (without forgetting) – and she leaves us with a great message of hope when she wishes at the end that all people can get on.