Australian producer Jake Savona (better known among music lovers as Mista Savona) has had a long love affair with reggae music – he first visited Jamaica in 2004 to work with musicians there and several years later produced the Australia-Jamaica collaboration album Melbourne Meets Kingston.

However, he says his experience of Cuban music was pretty much limited to The Buena Vista Social Club album until, after hearing about a friend’s trip to Cuba, he decided to travel there himself in 2014.

“It was an amazing experience and just blew my mind,” he tells InDaily.

“Music is the lifeblood of Cuba … anyone who goes there will tell you how great it is listening to music on every street.

“I thought surely there would be projects that brought the two countries’ music together, but I came back to Australia and found there wasn’t.”

Savona, who is a pianist as well as a reggae and dancehall producer, decided to bring some of Cuba and Jamaica’s top musicians together in one recording studio to create what is described as a “world-first” full-length album that unites their two sounds: “roots reggae, dub and dancehall on one hand and son, salsa, rumba and Afro-Cuban on the other”.

“Jamaican music is very much music from the ghetto, so it’s powerful,” he says.

“The lyrics in roots reggae are very much about uplifting people … the other thing that makes reggae and dub so special is that they’re very bass-orientated and Jamaica has a unique style of bass music.

“Cuban music, on the other hand, has its origins more in jazz music – the jazz scene in Cuba today is so alive. They have very virtuosic music.”

More than 60 musicians aged from 18 to 85 feature on the Havana Meets Kingston album, released late last year, but the core band which came together for the 10-day recording session in Egrem Studio in Havana comprised around 17 musicians.

The biggest challenge, Savona says, was bringing them all together.

“Once we got them together in the studio, it was a very organic, natural process.

“They have a lot of respect for each other and know how to listen to each other … they didn’t speak the same language but once they started playing, it didn’t matter.” 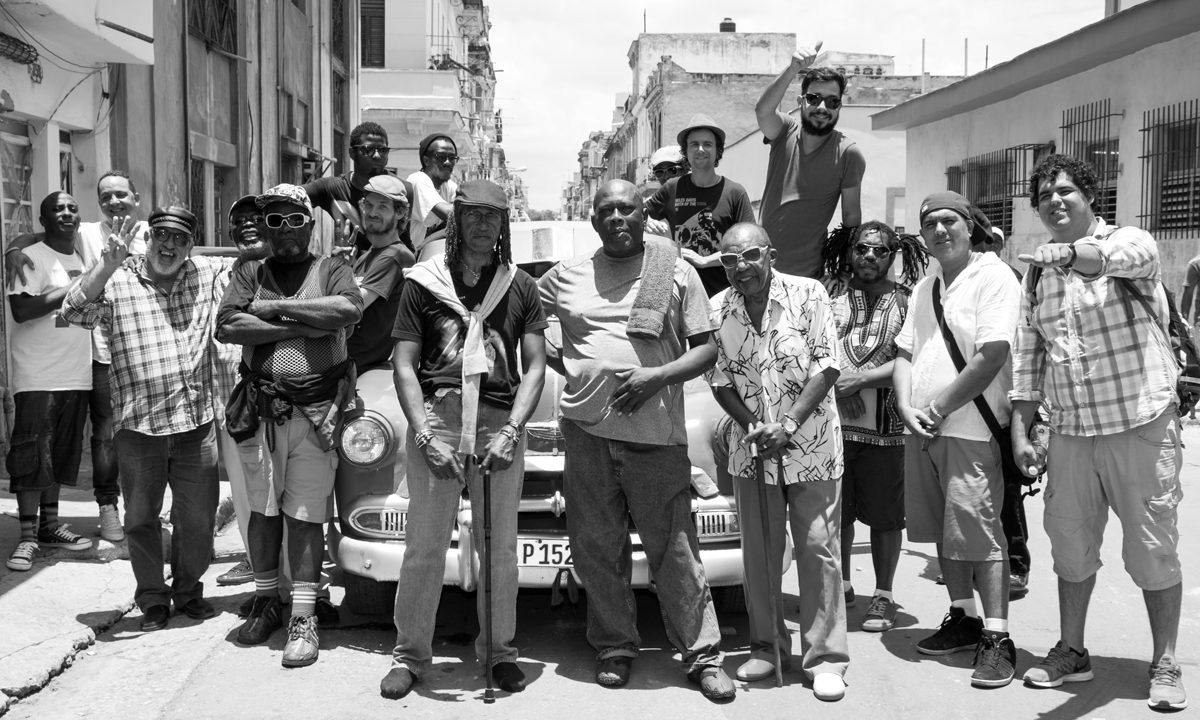 “The Caribbean is a melting pot for all styles,” Savona says

“It’s going to be a journey through the history of Cuban and Jamaican music with some real legends – a really exciting, dynamic show. It will be very danceable.”

Havana Meets Kingston will perform one show only at WOMADelaide in Botanic Park next weekend – at 10.30pm on Sunday night (March 10) on the Foundation Stage. Musicians will also take part in an artist-in-conversation session at 5pm on Sunday in Speakers’ Corner.