It certainly puts its audience through the emotional ringer. There was barely a dry eye in the queue for the bathroom after the first Adelaide Film Festival screening, with strangers striking up impromptu conversations. “I can’t believe we don’t have it here,” said one woman.

“It” is marriage equality.

Freeheld is set against the backdrop of the campaign for same-sex marriage in America, although it is not specifically about marriage equality. Rather, it tells the true story of veteran New Jersey police detective Laurel Hester’s fight to have her pension benefits transferred to her “domestic partner” Stacie Andree after being diagnosed with terminal cancer in 2005, a time when same-sex marriage in their home state was not a legal option.

The film is driven by compelling performances by Julianne Moore (Still Alice) as Hester and Ellen Page (Whip It) as Andree, with a cute comedic turn by Steve Carrell providing laughs when they’re needed most.

Early scenes establish Hester’s reputation as a tough, respected officer in the community of Ocean Country. Her career success, however, has required that she remain in the closet.

Hester’s priorities shift when she falls in love with the younger and more open Andree, and the pair set up house, complete with requisite dog, in the ’burbs. Then Hester is diagnosed with stage-four cancer.

Thus begins her bitter fight with the stubborn, conservative Ocean Country Freeholders (legislators) over her pension benefits, which are automatically transferred to the spouses of heterosexual officers upon their death but which the Freeholders vote to deny to Hester’s same-sex partner.

The real case became a flashpoint for gay rights activism, and Carrell plays “middle-class homosexual Jew from New Jersey” Steven Goldstein, the flamboyant founder of the group Garden State Equality, who revels in offending conservative sensibilities and rallying support for Hester and Andree. 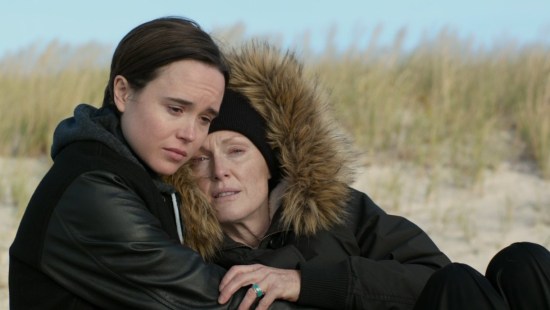 American critics have not been terribly kind to Freeheld, variously describing it as mawkish and vapid, with characters that are either over-the-top stereotypes or, God forbid, “really dull” in their ordinariness. Perhaps it surprises some to discover that lesbians are “ordinary” people.

Any story based around cancer and a fight for justice will inevitably veer towards melodrama, but this script (by Philadelphia screenwriter Ron Nyswaner) feels authentic, especially for the time in which it is set. It tells an important story, presenting a realistic representation of the casual and systemic homophobia many LGBTQI people face.

Moore’s portrayal of the stoic Hester as she succumbs to the cancer invading her body is heartbreakingly realistic, as is the intimacy between her and Andree, even though the pair become somewhat overshadowed by the noisy campaign that develops around them.

Some things have changed for the better in the past decade: a postscript at the end of Freeheld notes that the US Supreme Court ruled earlier this year that same-sex couples could not be denied the right to marry.

Freeheld will be screen again on Saturday, October 24, at Palace Nova Cinemas as part of the Adelaide Film Festival. It will also have a general release next month.