They were sometimes called “Lazarus men” – men whose diagnosis, coupled with advances in treatment, positioned them at the edge of a new period in the war against an illness decimating communities across America and beyond.

The arrival of HIV/AIDS in the 1980s delivered a death sentence for many gay men. With friends and family members succumbing to illness, maintaining relationships became an almost impossible task and those newly on the scene found themselves “developing a social circle with people who were dying”.

Large numbers lost homes and jobs when they became ill, and this forced change in circumstances resulted in a stream of HIV-positive men seeking homes in a place more suited to their physical and financial needs.

Daniel Cardone – a California-based Australian filmmaker – was living in Palm Springs when he discovered the story behind Desert Migration.

In this gentle, beautiful film, Cardone introduces a group of men who all moved from cities to the faded resort town. They came, “like an exodus”, to a location chosen for its warm climate and affordability, and the fact that it was also gay-friendly.

Older men were accepted instead of looked at like freaks, and rather than being marginalised they could form a distinct community, taking advantage of the range of support services available.

It was always intended to be a one-way trip, a journey to a place to mark time before the inevitable, but with the introduction of antiretroviral drug treatment, many men were faced with a very different future than the one they’d anticipated.

For some, Palm Springs proved to be a cultural desert. Depression, isolation and loneliness set in when their terminal condition was replaced by a chronic one. Trapped, living on welfare benefits with no way of getting out again, they found their new life now revolved around juggling serious health problems and expensive medications.

Others arrived with greater monetary reserves and found rising property prices presented opportunities for investment, giving them the chance to “do a Madonna” and reinvent themselves.

Desert Migration is a contemplative exploration of the experiences of some of these men. 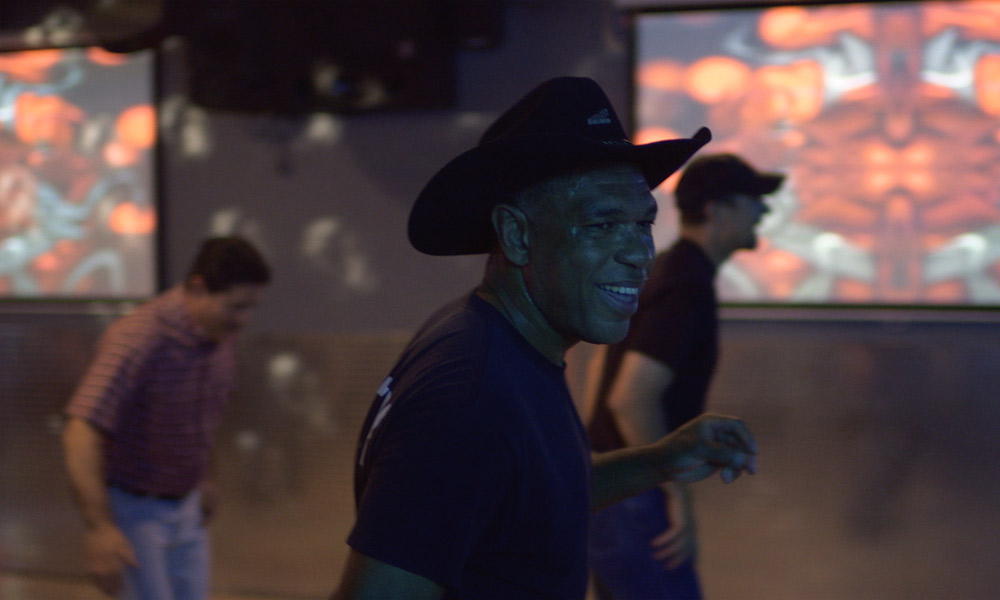 Eric, Steven, Joel, Doc, Bill, Keith, Doug, Will, Ted, Michael, Juan-Manuel, Jeff and Steve: their lives are diverse and equally absorbing, and Cardone’s snapshot introduces the question: How do you “recalibrate your life” when your future’s been given back to you? Do you take action, or roll over and admit defeat?

Watching these glimpses of the men’s daily routines highlights the ways we can move ourselves out of whatever isn’t working for us.

In a recent radio interview, Cardone described the film as a documentary but says he played with the format. Each man’s musings (recorded during a three-hour interview) are presented over footage of them going about their daily lives.

The location is stunning, with Palm Springs’ 1950s architecture posed against the stark, intense beauty of the mountains which surround the town, radiating energy. The combination of expansive cinematography and a meditative original soundtrack creates an immersive experience that is deeply affecting and lingers in the mind long after the film has ended.

The individual stories within the film are unique but the themes are universal. Everybody has to die some time, and it doesn’t matter what takes us. We need to get rid of the stigma around illnesses like HIV/AIDS and look out for those around us who need a hand, because with belonging comes wellbeing.

Moving beyond fear and prejudice allows us to acknowledge the humanity within us all.

Desert Migration is screening again at Palace Nova Cinema on Thursday, October 22, as part of the 2015 Adelaide Film Festival.