This year’s OzAsia Festival will serve up a smorgasbord of dance, theatre, music, art and forums with a focus on Adelaide’s Chinese sister state Shandong – the birthplace of Confucius.

“It’s really the heart of culture in China,” Adelaide Festival Centre head of programming Liz Hawkins says of the province.

“We will welcome over 140 different performers from some of the top art companies in Shandong to perform at OzAsia.”

The program for the September 3-21 festival, which is being launched at the Festival Centre tonight, includes the Shandong Acrobatic Troupe’s Dream of the Ghost Story, an ethereal interpretation of a love story between a human man and a fox which Hawkins says features incredible acrobatics.

Another highlight will be Qingdao Song and Dance Theatre’s Red Sorghum, based on the novel by Shandong’s Nobel Prize-winning author Mo Yan which tells of villagers fighting against Japanese occupation. 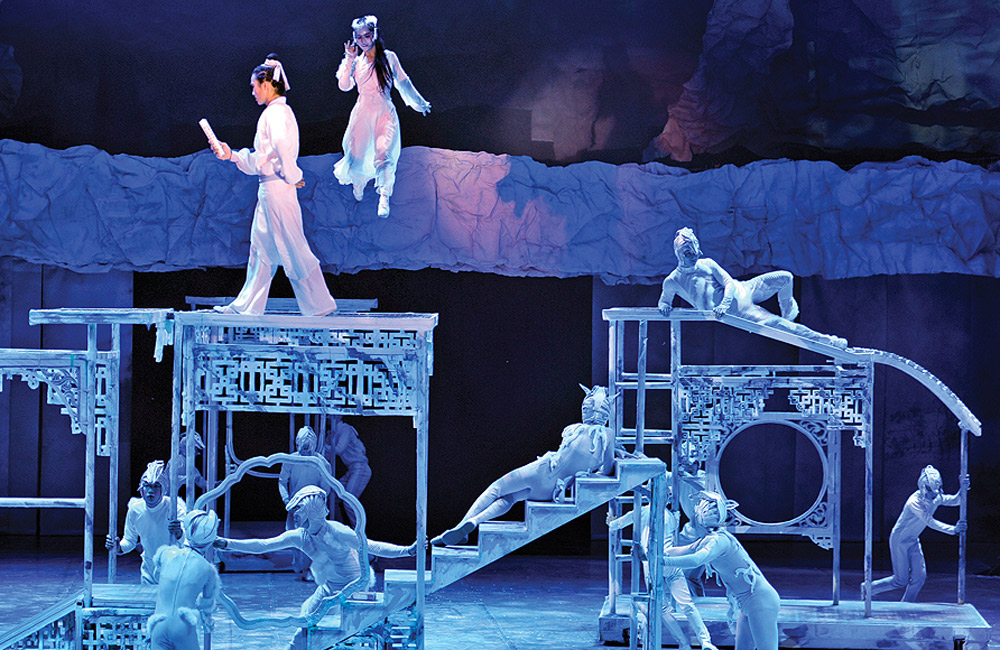 Dream of the Ghost Story

Many other regions in Asia are also represented in the program of 21 performances and 36 events, which includes 26 Adelaide exclusives.

Korean traditional drumming group Noreum Machi will join with Australian music ensemble Synergy Percussion for two shows at the Space Theatre, Beijing’s contemporary Tao Dance Theatre will present its latest works 6 and 7 (named after the number of dancers in each piece) at the Dunstan Playhouse, and Japanese calligraphy artist Hiroko Watanabe will create a 3D calligraphy installation to live music accompaniment in a one-only performance, also at the Dunstan.

Among the more unusual shows will be Ibsen In One Take, a play/movie filmed live on stage by Chinese director Wang Chong which tells the bittersweet story of a lonely man and incorporates aspects of Ibsen’s works.

“The director’s desire is to really take apart all our theatrical conventions and create something dynamic and new in a way that the audience is really involved in what is happening.” 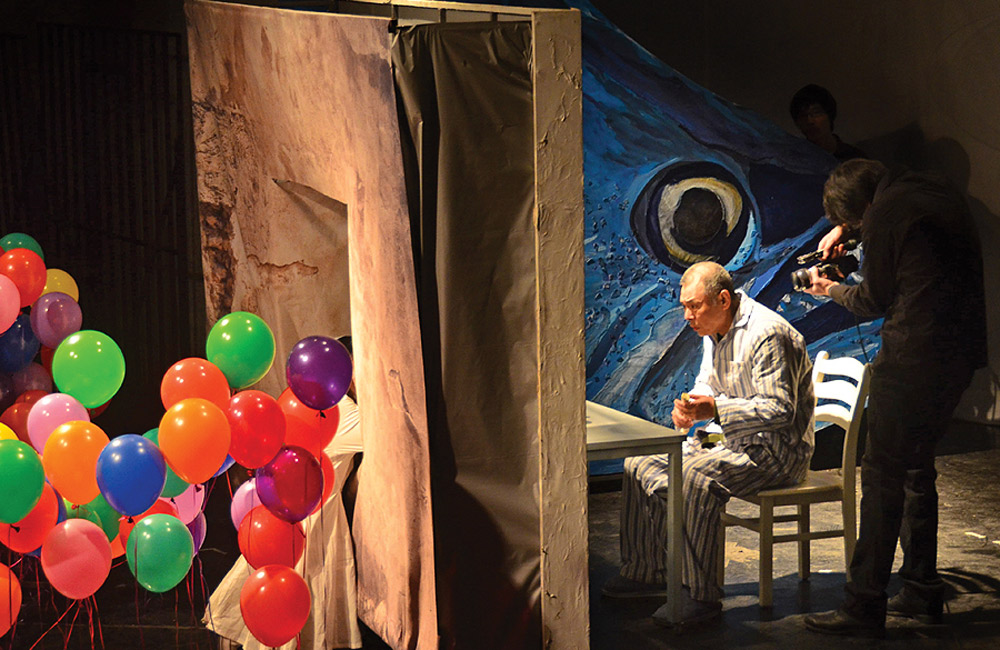 Ibsen in One Take

“Audiences of all ages will have the opportunity to learn more about this province, which is the cradle of Chinese civilisation, and gain insights into the eternal charm of ancient Shandong and the many facets of its contemporary culture,” he says.

The region is known as the birthplace of the philosopher Confucius, and a number of events and talks during the OzAsia Festival will focus on his teachings and beliefs. These include a forum in which academics will discuss the revival of Confucianism in modern China and throughout the world, a public lecture about Confucianism and the Jewish Faith, and an exhibition which conveys the story of Confucius through photographs, text and sculpture.

Another component of the 2014 festival will be workshops hosed by Shandong artists which focus on skills such as kite-making, paper cutting, shadow puppet performance, calligraphy and porcelain painting. The art of kite-making dates back more than 2000 years in China, and Hawkins says it is one of the region’s specialties, with Weifang in Shandong known as the kite capital of the world.

Dream of the Ghost Story, Shandong Acrobatic Troupe: An ethereal interpretation of a legendary love story about a human man and a fox spirit.

Ibsen in One Take, Théatre Du Réve Expérimental: Described as “an avant garde explosion of theatrical convention”, this production tells the bittersweet story of a lonely man and incorporates aspects of Norwegian playwright Henrik Ibsen’s works. As director Wang Chong shoots the hour-long play, the resulting film is projected in real time on a huge screen above the stage.

Nova Heart: A performance by “queen of Beijing rock” Helen Feng and her four-piece psych-rock band.

Nu Shu: The Secret Songs of Women: Composer Tan Dun (who was at the 2012 OzAsia Festival with Martial Arts Trilogy) will be joined by the Adelaide Symphony Orchestra and solo harpist Elizabeth Hainen for a performance inspired by the stories and music of Nu Shu (“women’s writing”) from Hunan.

Infused: All About Tea: An exploration of the origins and culture of tea, with cooking demonstrations by Simon Bryant, at the Migration Museum.

OzAsia on Screen: The traditional OzAsia film festival will see a wide range of films screening at the Mercury Cinema, including award-winning films from the Asia-Pacific Film Awards and a series focusing on fighting women in Hong Kong action films called The Good, The Sometimes Bad and the Never Ugly. 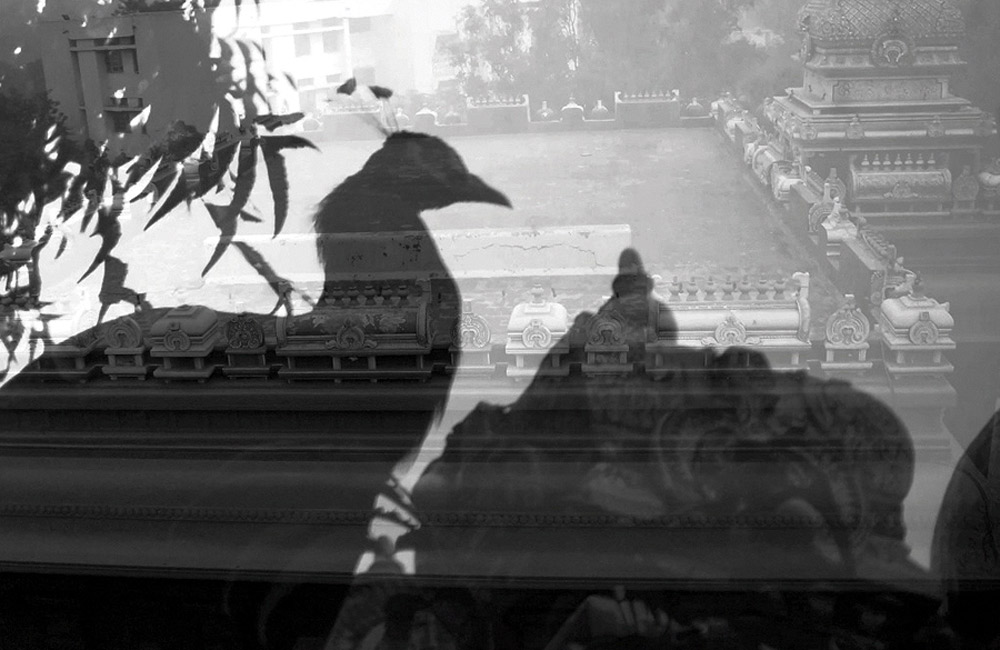 Visual art: The OzAsia visual art program includes Travels of a Photographer in Old Shandong, in the Mortlock Chamber, State Library of South Australia; In-Habit – Project Another Country, an exhibition of installations by Isabel and Alfredo Aquilizan exploring ideas of migration, family and memory, at the Samstag Museum of Art; Brush and Ink – Contemporary Asian Calligraphy, at the Art Gallery of South Australia; and Placement Displacement Replacement, an exhibition of video works by two Indian artists, at Nexus Multicultural Arts Centre.