Meg Wilson took a circuitous path to stage design, but in 2022 she has clearly arrived.

Within the next fortnight, her costumes and sets will be seen by audiences both in State Theatre Company SA’s re-imagining of Antigone and in Windmill Theatre’s world premiere of Rella.

These simultaneous openings cap off a mammoth few years for Wilson, who has spent the COVID period working for many of the state’s best-respected organisations – including Restless Dance Theatre, Vitalstatistix, and Theatre Republic – while also helping in the establishment of Rumpus in Bowden.

Despite a creative childhood spent “making things just out of whatever I found laying around the place”, Wilson’s entry into theatre design was far from inevitable. At university, she started out studying occupational therapy, before switching to a Bachelor of Visual Arts and then working in interior design.

While she was able to balance life in commercial interior design with a practice in visual and performance art, there were still some creative gaps.

“In my installation visual arts-based works,” Wilson says, “early on I would do a lot of work just by myself, and a lot of it was very detailed repetitive work. 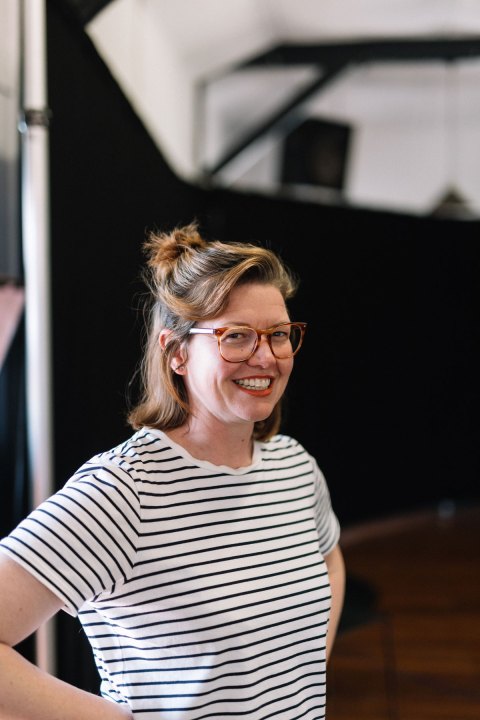 “What drew me to theatre was being able to bounce ideas around off other people… there’s so many more exciting things that come out of that kind of process. It’s just a very different way of making.”

Wilson got her start in stage design by volunteering at Vitalstatistix, learning from artists like Gaelle Mellis as she assisted on shows including 2012’s Take Up Thy Bed and Walk.

Now, a decade later, a collaborative mindset is still a hallmark of Wilson’s creative process. She’s also developed a reputation for fashioning seemingly simple set and costume designs that are almost magically adaptable – capable of transporting audiences across time and space with only a few subtle changes.

Both of these qualities are evident in Windmill’s Rella, which re-works the Cinderella story, bringing it gloriously into the modern day and creating a new narrative for the so-called “ugly” sisters.

“It was really about creating a space that could be really intimate but then also expand out and give us this kind of abstract but powerful space that we could play within,” says Wilson. “We also knew that a lot of the choreography would come once we have that space.

“We were highly inspired by Janet Jackson’s Rhythm Nation – so a very powerful, industrial kind of stadium rock scene.”

Wilson worked closely with playwright Tracey Rigney and director Sasha Zahra on bringing together a set and costumes that could help navigate these giant leaps. She was equally influenced by her conversations with the performers – many of whom play multiple creative roles in the show, contributing to areas like choreography and composition.

“The cast are sort of wearing their own real identities through their costumes quite a bit,” says Wilson. “For Elaine, we’ve got a few Indigenous patterns with her leggings… and with Fez and Tom being the storytellers in this narrative, a lot of the… fabrics that I’ve sourced have come from Polynesian or Pacific fabrics.

“We’re trying to really have each of the cast embrace who they are through their costumes, as well as playing these characters.” 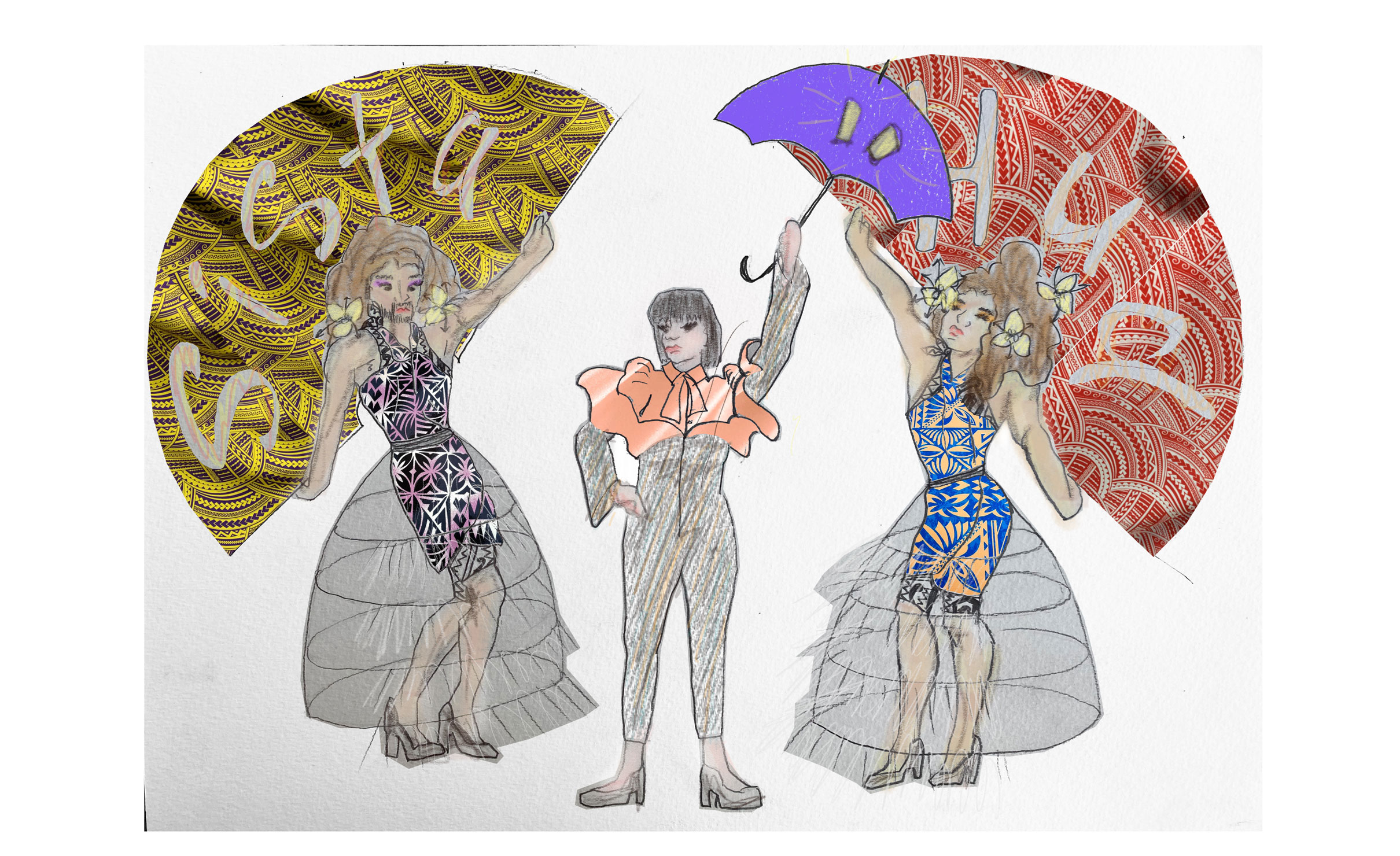 A selection of Meg Wilson’s costume sketches for Windmill’s Rella: ‘We’re trying to really have each of the cast embrace who they are through their costumes.’

State Theatre Company’s Antigone, which opens in the same week as Rella, superficially appears to be driven by entirely different design impulses, but Wilson sees plenty of crossovers.

Housed in a sparse set and monochrome costumes, playwright Elena Carapetis’ work tracks the spirit of the Greek myth’s eponymous hero into the modern day. The story straddles more than 2000 years of history – which presents a knotty design challenge for Wilson, but enables the story to draw parallels between Antigone, who spoke truth to power in 441BC, and the young people who do the same thing today.

“Creating the world very much originated with early Greek civilization and the idea of early cities,” says Wilson, “that gridded infrastructure, the aqueducts, and classical columns and steps. 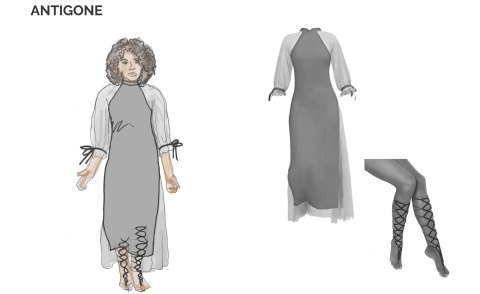 Wilson’s costumes for Antigone (some of which are pictured left) are equally subtle and contextually powerful. All created in grayscale, they reflect the time periods of the story, but also unite the production with a consistently applied aesthetic. 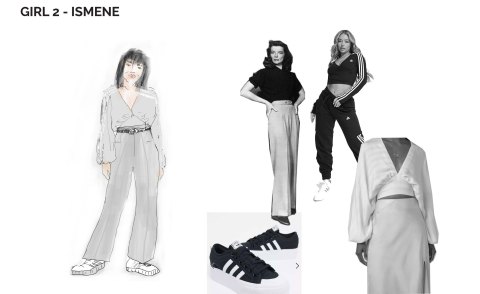 While rarely the centre of attention on stage, these visual markers are often the thread that audiences follow – elements that tie a story together by creating an immersive, rather than confounding, new world.

Antigone and Rella are two more examples of Wilson’s rare capacity to do this with an elegance that transforms the deviously complex into the deceptively simple.

Windmill Theatre Co’s season of Rella runs from May 26 until June 4 at the Dunstan Playhouse.

State Theatre Company South Australia’s season of Antigone runs from May 27 until June 11 at the Odeon Theatre.