“It’s a bit over a year old; we got the keys to this space in October,” Toeper says as he shows me around the Kilkenny site of Mixed Goods, the shared studio space he founded with fellow designer Andrew Carvolth. Both alumni of JamFactory’s associate program, they looked to Adelaide’s north-west suburbs to build their own version of what JamFactory gave them, settling on this cavernous, 600sqm former foundry.

The Brisbane-born designer found his way to Adelaide via Melbourne, where he studied an associate degree at RMIT with a focus on furniture.

“That’s kind of where I fell in love with furniture and lighting, essentially,” he says. “There’s the autonomy of creating; you can design, develop and realise a product on your own quite easily, but also there’s so many people who are keen to collaborate as well.

“It’s this really diverse field of people to work with, people to learn from, people who are always keen to share their experience. It’s quite a rich environment.”

While furniture design demands plenty of space and large equipment, at Mixed Goods he and Carvolth were keen to take the edge off the building’s industrial origins to create a rich environment of their own.

“When we moved in it was just like a shed, essentially, none of these walls were here,” Toepfer explains. “It was like a tin shed, and from that we fitted it all out. We really wanted this to be a well-resolved, well-refined studio space, a multi-disciplinary shared studio space; that’s why we sheeted all the walls. We wanted it to have white walls ­– we didn’t want it to be a shed.

“It’s been a big learning curve; there’s always new things popping up that you deal with on the fly. We now have eight artists and designers in the areas of ceramics, jewellery, furniture, objects, and sculpture.” 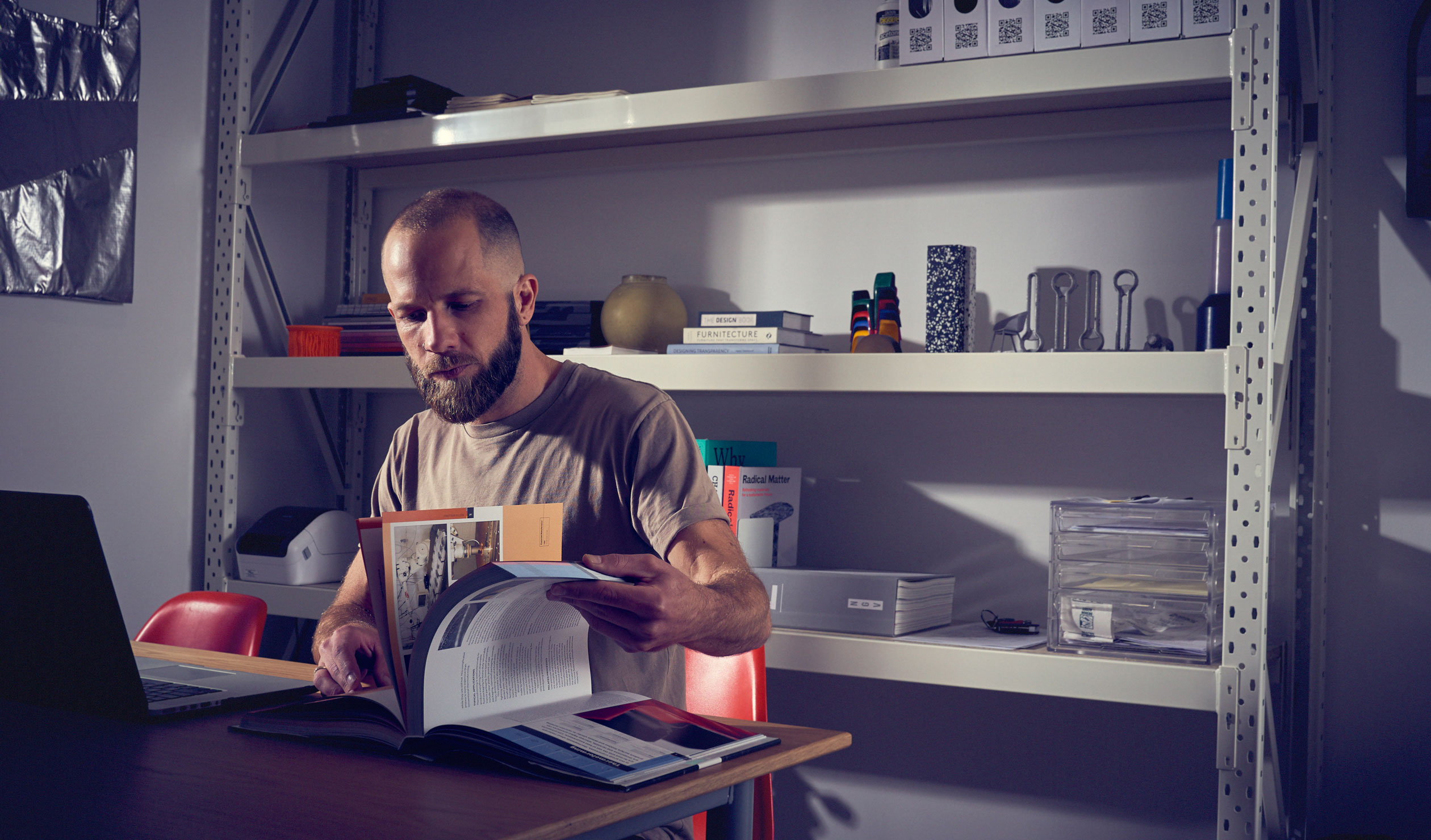 For Toepfer, the last year has also given him time to experiment with the kinds of objects he’s making in his corner of the studio.

“The thing about furniture is they range in size; they’re a reflection of the designer, their interests, their personality. The works that I do, I want them to have this character to them, to have this tactility as well, to draw people in.”

While current works-in-progress include a chair upholstered in fluffy pink mohair spread over a white metal frame, his space is also stocked with vases and other smaller pieces. “Furniture projects tick over a lot slower, so I’ve been moving over into objects as well,” he says of his Vase Versa collection. “Going through the pandemic at the start of last year, a lot of work got put on hold indefinitely or evaporated.” 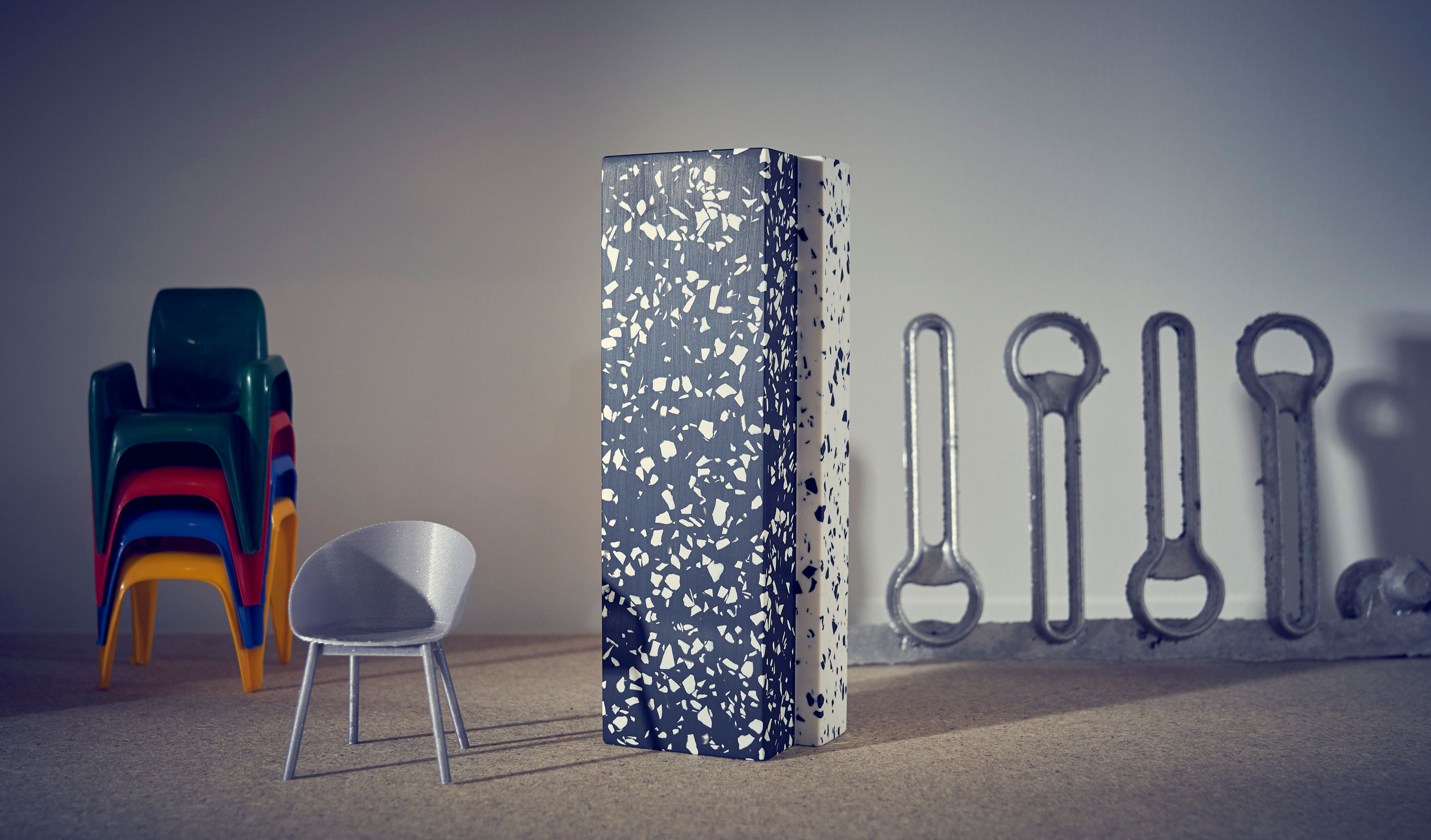 Dean Toepfer has been experimenting with making different, smaller objects, including his Vase Versa series of vases like the terrazzo and white one above. Photo: Aubrey Jonsson

In 2019 Toepfer completed an internship with Rotterdam-based designer Lex Pott, creator of the Instagram-ready “twist” candle.

“He had built his practice off the back of smaller, more accessible objects, whilst also working with larger brands doing furniture pieces.

“He said you’ve got to do it because it brings direct income into your practice – and you use that to invest and grow. Those vases definitely helped with this space as well. I already had the idea but when the pandemic happened, I just had a lot of free time to pull the trigger. It was a real blessing in disguise.”

“With the chairs, I wanted them to be quite simple; I didn’t want them to compete with Roslyn’s work,” he explains of Orsto’s vivid linocut textile print. “I want it to act like more of a frame. It’s got to be basic, like a large surface or face to have the upholstery on so you can see a lot of the work. If it’s a dining chair, you’re not going to see a lot of the fabric.” 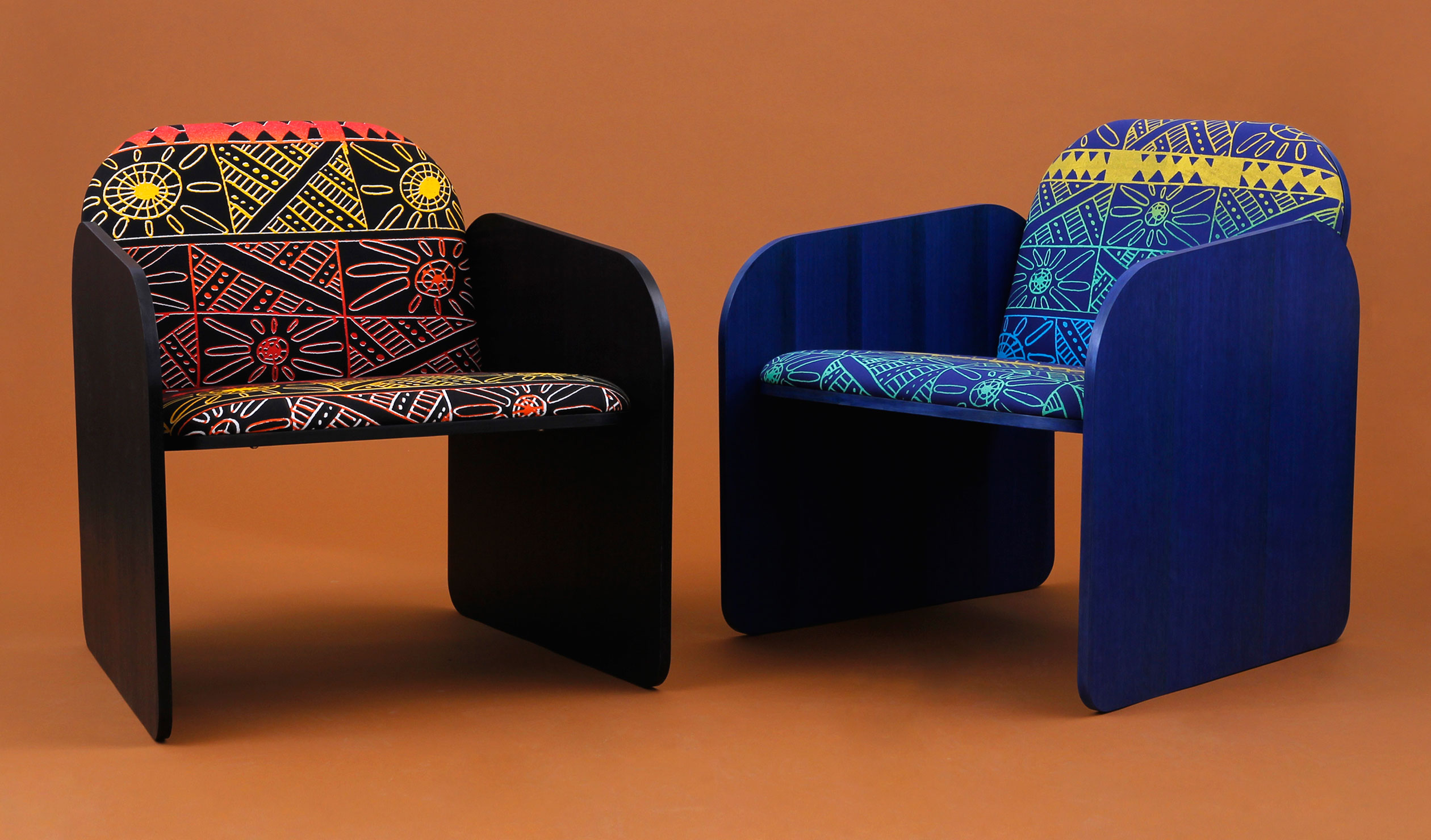 The opportunity for these kinds of collaborations, and to join and contribute to a creative community, is what convinced Toepfer to stay in South Australia.

“As time went on, Adelaide grew on me,” he says. “I originally thought that moving over, you’d be sacrificing [something]… I thought the creative scene would be a lot smaller and less vibrant. But it has per capita the same amount going on.

“To do this 15 minutes from the city [in Melbourne], which might be Abbotsford or something, would cost you an arm and a leg. We couldn’t do it. All of those things meant this is the place for me, in a nutshell.”