Residential and commercial towers are mushrooming all over the world, creating tensions and occasionally causing catastrophe, ­as we saw recently in Miami, and also Sydney a few years ago, when structural cracking forced residents out of a tower at Olympic Park on Christmas Eve. “We allowed the industry to self-regulate and it hasn’t worked,” admitted NSW Premier Gladys Berejiklian at the time.

The market has always played a key role in Australia’s urban settlement, but this has mostly occurred within a framework of planning rules that have mitigated unfettered development. This is particularly true of our own elegant city, with its figure-of-eight Park Lands, orderly grid layout of streets and squares, and much-loved 19th-century precincts.

Adelaide is, however, starting to look somewhat ad hoc and unruly since the easing of planning restrictions under the Rau regime, and this will likely continue under our new planning system.

Gaudy towers abut our public plazas and cultural boulevard as massive impervious structures continue to occupy parkland, blocking access to the river. Curtain walls compiled from a cladding company catalogue are replacing exquisite Victorian-era buildings, as local heritage protections are eased, and public appeal rights removed. Sadder still are the slithers of token heritage façade that struggle to stay upright as the towers go up around them.

Approval went through for Charter Hall’s massive Southern Cross Arcade redevelopment when the developers finally agreed to retain the state-heritage-listed Sands and McDougall art deco façade. Equally important, though, is Cox Architecture’s incorporation of the patterns and rhythms of King William Street’s existing streetscape into the podium design, and the setting back of the tower itself from the street. 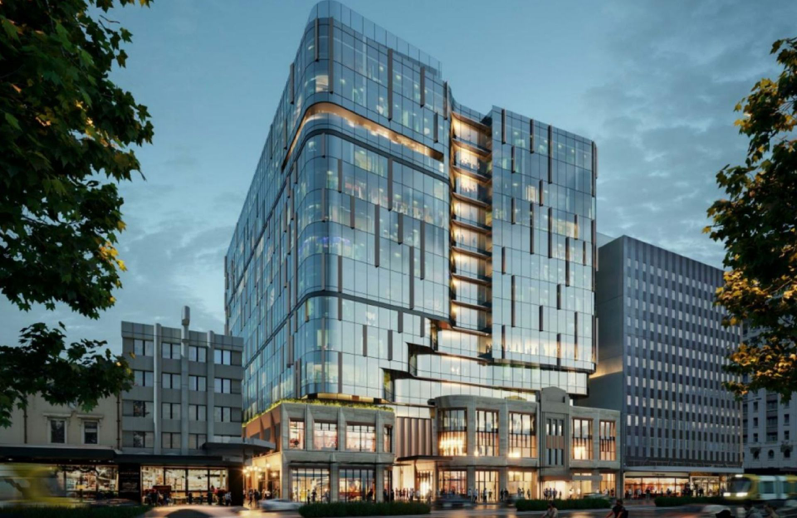 Approval was given for the Cox Architecture-designed Southern Cross Arcade redevelopment when developers agreed to retain the Sands and McDougall art deco façade. Photo supplied.

The result is certainly preferable to architect Gerald Matthews’ recent “bold idea” of replacing the city’s heritage with virtual reality – reminding me of Dennis Potter’s dystopia Cold Lazarus, where future experience is sourced from the cryo-preserved memory banks of those lucky enough to have experienced the real thing.

The heights of new buildings are not necessarily the problem. Well-designed multi-storey development in suitable locations can enliven a city, provide for greener lifestyles, allow people to walk or ride rather than drive, and save farmland and native habitat from unnecessary urban sprawl. And lower building heights do not necessarily mean better design outcomes.

What matters is context, and design that responds to that context.

What we see too often is a failure to contextualise, often aided by the deliberate dilution or disregard of planning and consultation tools that have evolved over time for that purpose.

Let’s start with Lot Fourteen, where the neighbouring Adelaide Botanic Garden helped develop a set of building height guidelines that would significantly improve views from inside the gardens, adhere to National Heritage listing values, and avoid overshadowing of precious flora.

Instead, the State Government planning amendment to the former hospital zone is enabling a cluster of tall structures, with no height limit at all for the site’s central tower, so long as it demonstrates “exemplary standards of architectural merit” and “positively contributes to the quality and function of the urban fabric of the precinct”. Plants and humans alike will have to live with the consequences of such vague and discretionary policy. 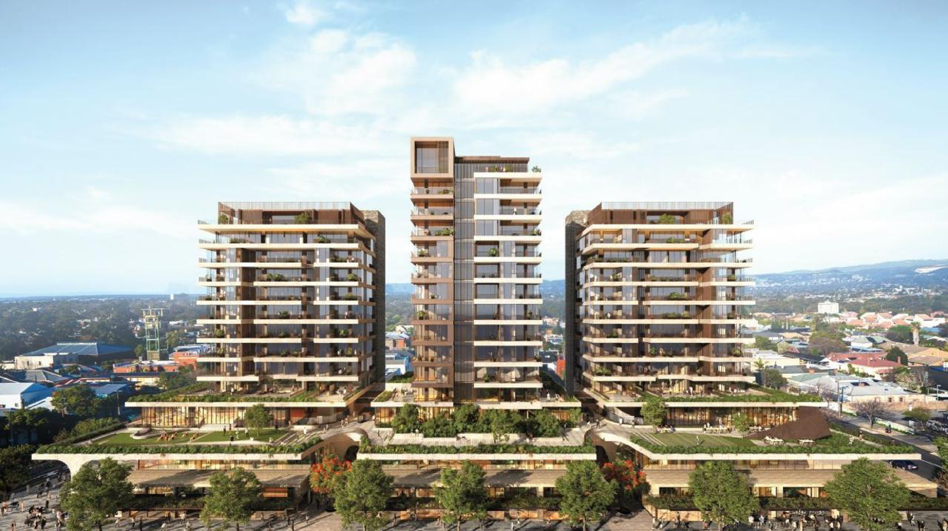 Then there’s Eighty Eight O’Connell, where local residents and businesses put significant time and energy into developing the guiding principles for a maximum of eight levels in consultation with the Adelaide City Council landowners. Apart from creating a sense of betrayal in the community, the approved 15-storey, three-tower development completely ignores its specific location among one of the most significant concentrations of colonial heritage in the country.

According to Australian Heritage Council member and internationally-respected conservation architect Liz Vines, such heritage precincts are highly prized the world over, offering a very liveable quality of scale, architectural details, gardens, and amenity. By inserting high-rise towers into them, developers rob that amenity for themselves, killing the golden goose with increased traffic congestion, overshadowing and destruction of heritage context. “These towers are, in fact, parasites on our city when in the wrong location and too high,” she explains.

At Glenelg, community expectations prevailed for once, when a 13-storey “sheep carrier” apartment building proposed for a heritage site in the five-storey foreshore zone was knocked back by the State Commission Assessment Panel ­– for now. 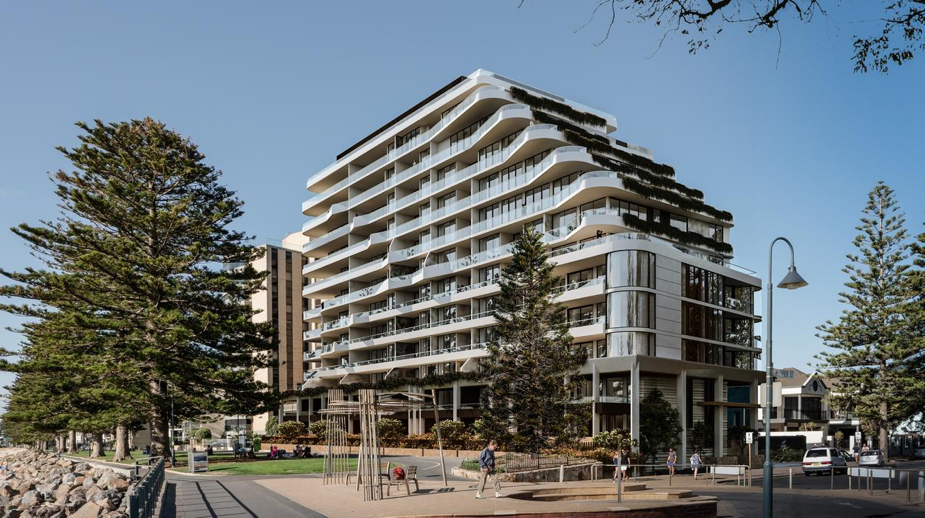 That brings us to Warren Randall’s towering construct for Seppeltsfield, located in the hard-won Barossa Valley Character Preservation District. Members of that community might well ask what use are such mechanisms, if they can be so easily ignored.

The problem with Intro Architecture’s Oscar design is its apparent disconnect with the historic cultural landscape it sits in ­– not surprising, given it imitates a building from an urban location on the other side of the world. According to the Paris-based architects, the bulging body of Bordeaux’s wine museum “is an evocation of the soul of wine between the River Garonne and the city” – context that is totally lost in translation at Seppeltsfield. 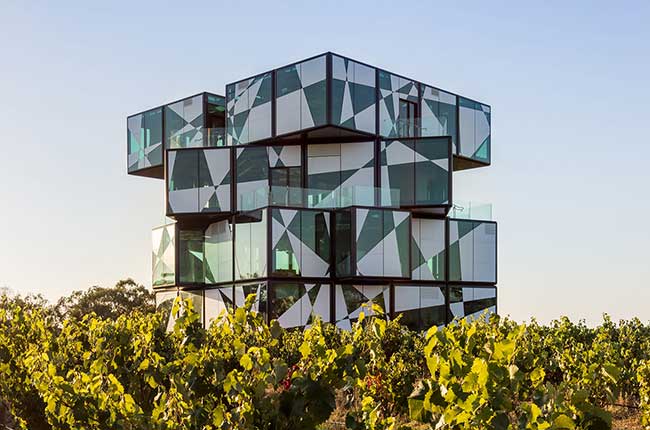 For some time now, major development applications in the CBD and elsewhere have been subject to an expert design review process lead by the state’s Office for Design and Architecture, and this is now being rolled out at the local level. While the process has unquestionably resulted in improved architectural outcomes at the street level, there is still ambiguity around what good design means for Adelaide’s taller building proposals – particularly those subject to discretionary height limits, where significant extra height and even heritage demolitions are being approved for projects deemed to meet those aforementioned “exemplary standards of architectural merit”.

But architectural merit is subjective, and may not always relate to respect for context, or for the people who live and work nearby. It can too easily be attributed to a tall building simply labelled a “landmark”, “icon”, “magnet”, “catalyst” – or “sculptural”, as was the case with last week’s recommendation for approval of Cox Architecture’s 32-storey twin-towering backdrop to the state heritage-listed Newmarket Hotel. And when clarity, consistency and transparency are absent, public participation in the planning process is undermined ­– and our city and regions suffer the consequences.