It begins with a single, simple, static object. A large, dimly lit box, through which four seemingly disembodied hands emerge at one side, dancing up and down, perhaps seeking escape through the crack. The music is foreboding, reminiscent of the score of an arthouse thriller.

As the sides of the box peel back, the interior becomes a patterned backdrop against which performers in matching hooded costumes perform jerky yet perfectly synchronised movements like cogs in a well-oiled machine. This is dance meets visual art; the aesthetic is surreal, almost dystopian, eliciting a feeling of apprehension as we wonder what is coming.

Objekt, originally created by Australian Dance Theatre artistic director Garry Stewart in 2016 in collaboration with German contemporary dance company tanzmainz and redeveloped under remount director Sarah-Jane Howard for this return season, is a work that shows the body as an object of art and sets out to explore the broad concept of objectification.

With sophisticated choreography and a thrumming soundscape by Brendan Woithe that drives the intensity of the work, the 11 dancers on stage give a performance that takes its audience on a journey. It is a journey with moments of beauty which is exciting and hypnotic – but also challenging.

As Objekt progresses, the movement becomes more fluid and at times intensely physical, as layers both literal (by way of costuming) and figurative are peeled back to reveal physical skin and what Stewart describes as “our living, breathing subjectivity”. 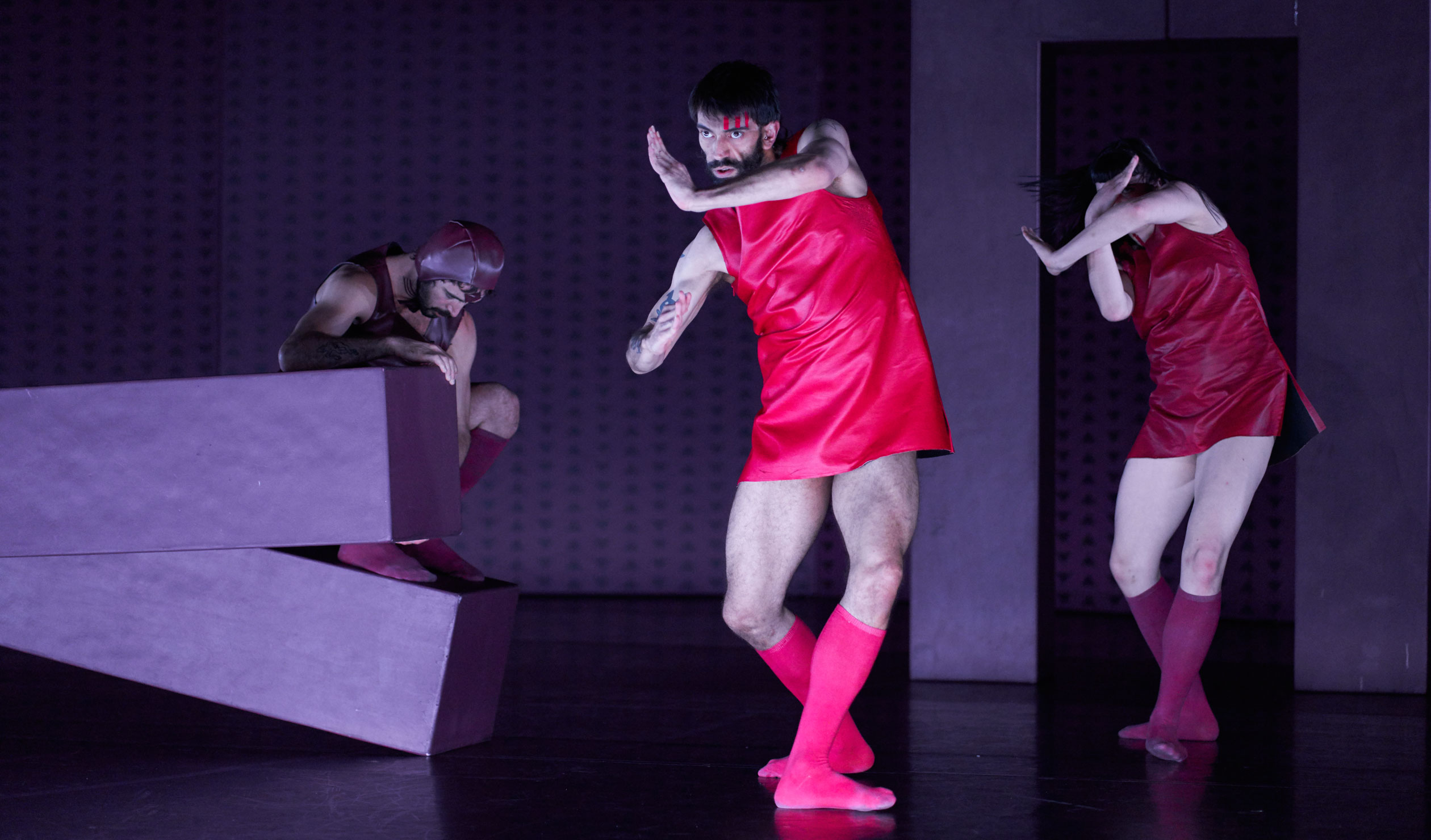 Bodies are pushed, pulled, displayed, distorted, appropriated and abused as the work interrogates the ways humans objectify each other, with the use of face-covering hoods adding to the impression that some are “other”, less than human, perhaps even alien. At one point dancers are grasped at by hands reaching through holes in the wall; at others they are conducted like an orchestra by a performer atop a long L-shaped prop (one of several props used to excellent effect throughout the show), or thrown to the floor, hogtied and rolled about.

There are some playful moments in the piece – a particularly clever sequence sees dancers strapped together in twos, one wearing the other upside down like a backpack to create a curious eight-limbed creature – but the over-riding impression is of empathy and respect being eroded through the process of objectification. The dancers are objectifying each other, and as audience members, we are complicit. We are the ultimate voyeurs, and it doesn’t always feel comfortable.

“This work plays with the word ‘objekt’ and all that we culturally associate with it,” says Stewart, who has forged a reputation for ambitious, boundary-pushing works and is currently serving his final year at the helm of ADT. “From the notion of the body as an aesthetised art object through to considering what is permitted when we view other humans as merely objects….”

Objekt is a true ensemble work presented by a highly talented group of dancers, with the lighting, set design and androgynous wardrobe choices integral to the success of the performance. Sometimes the intensity can feel unrelenting – that is what it is to be objectified – but there does seem to be a ray of light at the end. A glimpse, perhaps, of freedom from prying eyes and grabbing hands via a lush garden that appears through a door before the walls fold in and box closes shut once more.

Australian Dance Theatre is presenting Objekt at the Dunstan Playhouse until September 19. 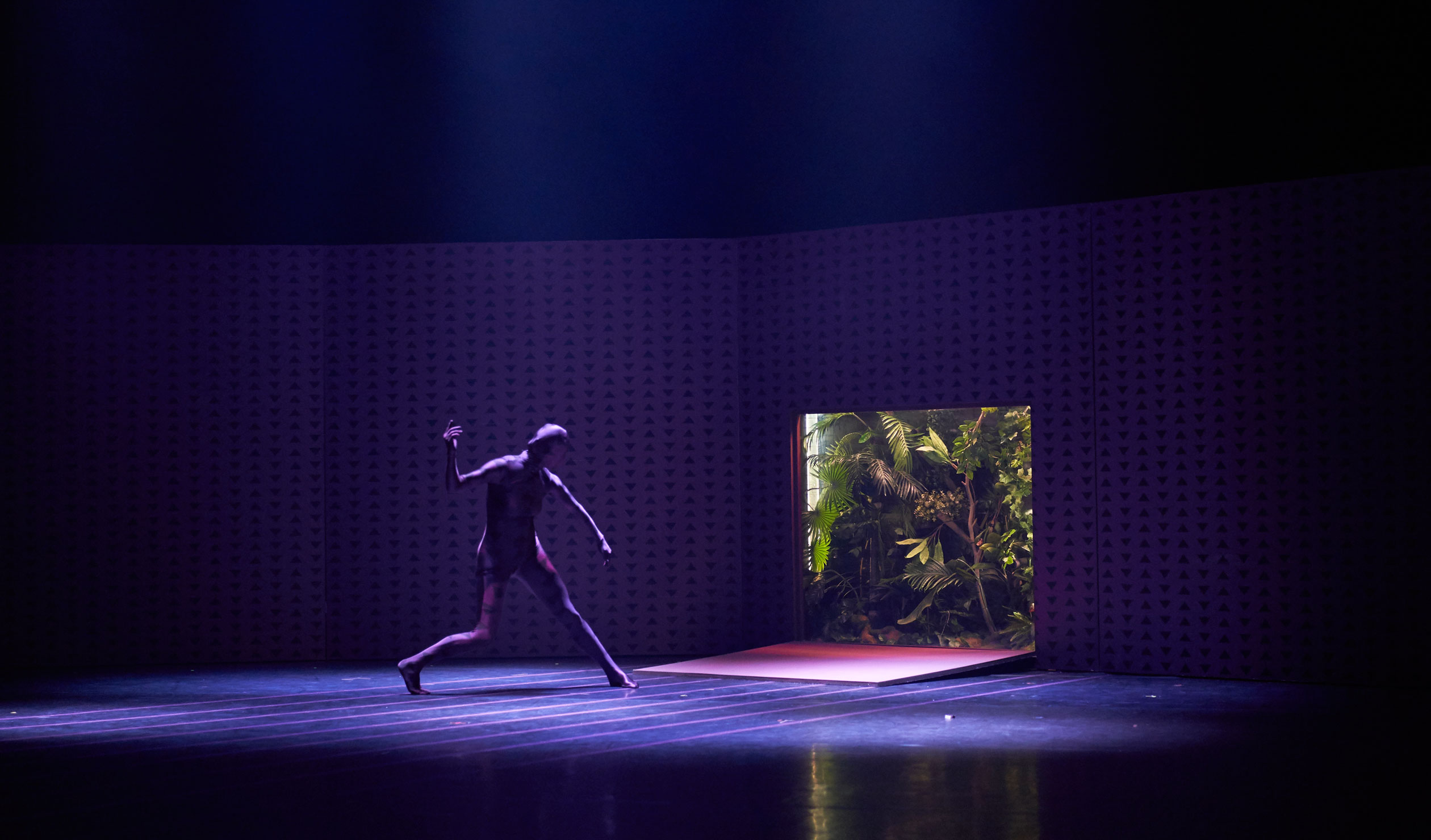