Almost single-handedly, Stephen Sondheim transformed the stage musical in the 20th century and over his 91 years on earth he led the charge well into the 21st also.

Sondheim’s invention, his flair, his brilliance as a lyricist, his gift for melody, extended the boundaries and ambition of music theatre. Whoever thought that the genre of the American musical could encompass mid-life crisis, urban anomie, the creation of a pointillist painting or the history of Presidential assassinations?

Well, not everyone thought so, as it turned out. Many of his projects were panned and repelled on first performance, only to return to later success and praise. Time has revised and enhanced his reputation and his work has been performed by the most talented and versatile music theatre artists in the US and Europe, as well as here in Australia.

Moments in the Woods, an Adelaide Cabaret Festival project proposed by producer, Alex Sinclair, brings together five outstanding exponents of the art of Sondheim and the result is an undeniable festival highlight. Director Mitchell Butel, who also performs and acts as MC, has astutely programmed a suite of songs, interspersed with personal reminiscence, which reminds us not only of the great interest shown in the composer’s works in this country but of Sondheim’s close links here, visiting to attend productions and forming close ties with our leading singers, some of whom went on to Broadway and West End productions.

The singers – Josie Lane, Queenie Van de Zandt, Philip Quast and Geraldine Turner (the latter two, Butel referred to in an interview as “the High Priest and Priestess of Sondheim”) – all assemble on stage informally seated like panellists as Butel describes the evening’s intentions. It is relaxed and immensely good-humoured.

And when they begin with Old Friends from Merrily We Roll Along, things really begin to hum. With MD Josh van Konkelenberg at piano (stepping in at short notice when MD and arranger Daryl Wallis became ill) and the excellent four-piece band of Alana Dawes (bass), John McDermott (drums), Christina Guala and Vashti Tyrell (woodwinds) things are rolling merrily.

In no time we are Into the Woods, Sondheim and Lapine’s adaptation of Grimm fairy tales with added adult concepts. Josie Lane is Little Red Ridinghood with her song of experience, I Know Things Now, followed by a stunning reading by Queenie van de Zandt of the witchy, Last Midnight. Butel describes it well as an 11 o’clock number at 7.45!

The pace and intensity is thrilling as the singers hit their stride. The clowns are sent in early with a torchy version of the signature favourite from the amazing Geraldine Turner (the first singer anywhere to record an album of Sondheim material).

Sondheim’s masterpiece Sunday in the Park with George is represented, first by Josie Lane as Dot, and then – as the dot painter, George Seurat – Philip Quast (who premiered the role in London’s West End) finishes the hat, his velvety baritone effortlessly navigating Sondheim’s deftly clipped lyrics about the social isolation of the artist.

The selections are both assured and unexpected in the sequencing. Butel is promoted from chorus Shark 27 to sing Something’s Coming from West Side Story and van de Zantz and Turner return for knockout versions of Who’s That Woman ? and I’m Still Here from Follies.

The mischievously mashed-up medley of duets – darting from George and Into the Woods and Follies back to the pastry guignol of Sweeney Todd is a delicious test for the aficionados in the audience to identify. 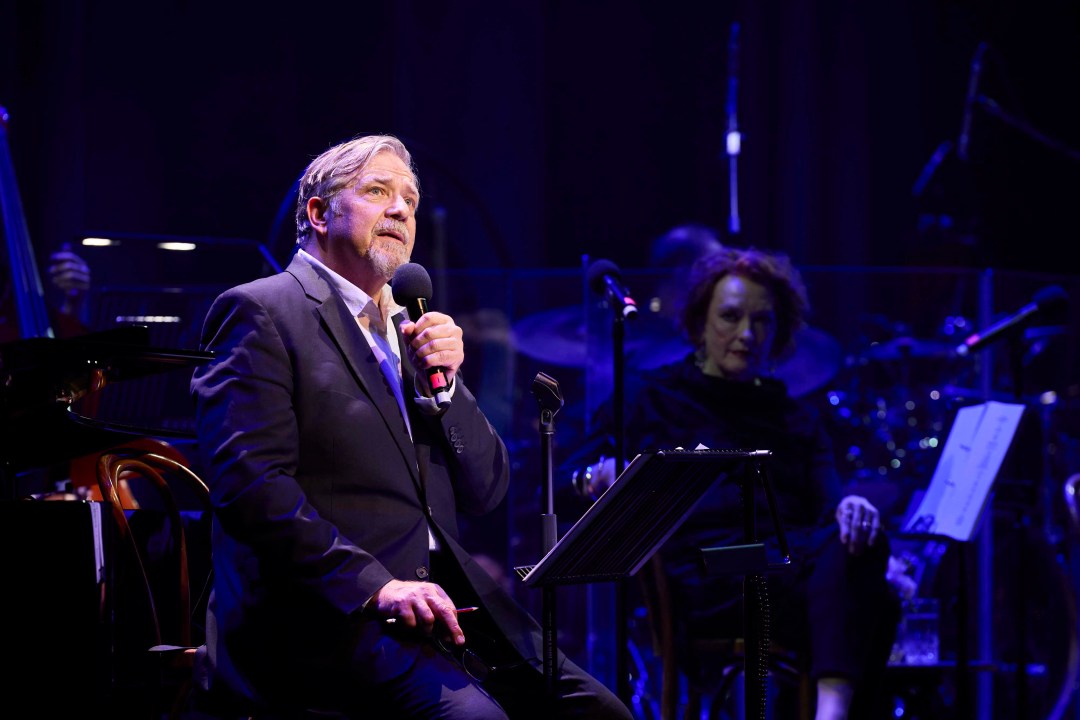 The second Act brings a shift of mood. Josh van Konkelenberg alone at the piano for Josie Lane’s lyrical There Won’t be Trumpets and van de Zandt’s lingering Not a Day Goes By, while Butel adds the tender Not While I’m Around from Sweeney Todd. Philip Quast duets with Butel for the deadpan serenade, Lovely, from A Funny Thing Happened on the Way to the Forum before his solo, from Follies, the wistful mid-life meditation on doors not opened and paths not travelled –The Road You Didn’t Take.

There is also time out for reminiscences which enrich the celebration of the songs by making the composer vivid and personable. Quast recalls conversations in the dressing room when Sondheim called ostensibly to give notes, Turner describes her first meeting when she was a young singer which, like Quast’s led to life-long connection. Butel remembers his fanboy meeting with the great man in Melbourne and proudly showed us a framed letter. Others also spoke affectionately of Sondheim’s letters and attentiveness.

In a program of showstoppers, Geraldine Turner stops the show with her drolly acerbic rendition of The Ladies Who Lunch, Mitchell Butel shines with Being Alive, also from Company, and Philip Quast sings Fear No More (with a melody that echoes The Skye Boat Song) as a preface to the cast reflecting on the composer’s death only seven months ago.

We have, over two hours, spent many memorable moments in Sondheim’s Woods – that lantana territory where our minds wander and wonder, ponder and regret, and imagine what might have been. It has been an evening of all those gnarly, conflicted, often darkly funny, grown-up themes it seems it was the very purpose of musicals to simplify and ignore – until Stephen Sondheim came and wised us up to ourselves.

It is unthinkable that this show should have only one performance. I hope plans are already underway for it to be re-staged sometime very soon.

Moments in the Woods – Songs and Stories of Sondheim played at Her Majesty’s Theatre on June 23. 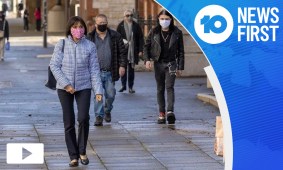 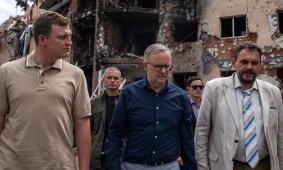