Victoria Falconer offered a taste of her new show And Then You Go – The Vali Myers Project to a room of 2000 people at the 2022 Adelaide Cabaret Festival Variety Gala in late March. Of this large crowd, barely anyone knew who Vali Myers was.

“I feel like she should be as well-known as Frida Kahlo,” says Falconer.

“She’s that kind of a pioneering feminist… but, for some reason, a lot of people don’t know about her.”

Melbourne-born Myers was a visual artist, dancer and bohemian who started out as a leading dancer with the Melbourne Modern Ballet Company at just 17 and went on to traverse the world with her artistic influence.

Myers started building her legacy in the 1950s when she moved to Europe. According to the website of an organisation dedicated to promoting her art, the poverty of post-war France saw her forced to live for a time on the streets of Paris, where she became notorious in the Latin Quarter “for her phantom-like face and almost supernatural ability to dance”. She later travelled throughout Europe and then to New York, becoming well-known in bohemian circles, gaining acclaim for her drawings, as well as inspiring several movies and even a character in a Tennessee Williams’ play. 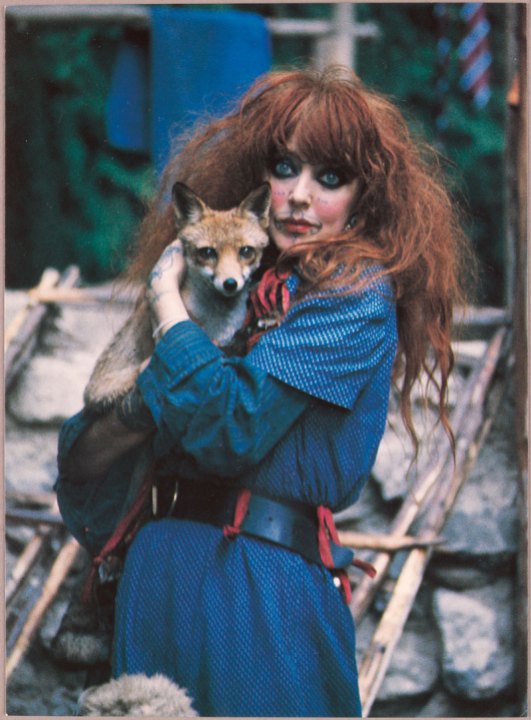 “She’s a super culty figure,” says Falconer of Myers, who returned to Melbourne in 1993 and died there a decade later.

“She’s an outsider. She existed out of time. She just created art, didn’t abide by any rules… she was so ridiculously authentic and evocative.

“Her artwork is just stunning and super trippy, and it resonates beyond just the visual arts realm. It has inspired album covers, and so many musicians have written about her as a person as well.

“She really did become a super-iconic inspiration to so many very well-known people in the global cultural consciousness.”

In addition to Tennessee Williams, these well-known people included Mick Jagger, Andy Warhol, Janis Joplin, Marianne Faithfull, Patti Smith and Salvador Dali, who were merely a few of Myers’ friends. Yet even with the company she kept, she is often overlooked in mainstream art history.

This is what inspired Falconer to resurrect her story in the Cabaret Festival show And Then You Go – The Vali Myers Project.

“Through the form of cabaret, we have original music, circus and puppetry and dance, all fusing together, to explore her life and to celebrate her, but also to celebrate being artists, and artistry, and the struggle that we have. It doesn’t matter what year, it’s always a struggle to get money to be able to do the damn thing!

“I just feel like that spirit of Vali – that rebelliousness, that drive to create – is still alive.”

Falconer’s love affair with cabaret started after university. She was enamoured with the multidisciplinary nature of the art form.

It [cabaret] will stab you in the heart, and then tickle you

“I had just come out of doing quite a hectic degree in music, theatre and literature, and it was all very classic,” she says. “I was going to go and study poetry and write ridiculous poems that nobody would ever read, probably! And then cabaret stole me away…

“With cabaret, you can express yourself whichever way and it is welcomed and encouraged. That felt like something entirely new.

“And I would encapsulate drag and different types of gender performance, and an incredible array of music and comedy. It will stab you in the heart, and then tickle you, and then it’s like all of those things at once.” 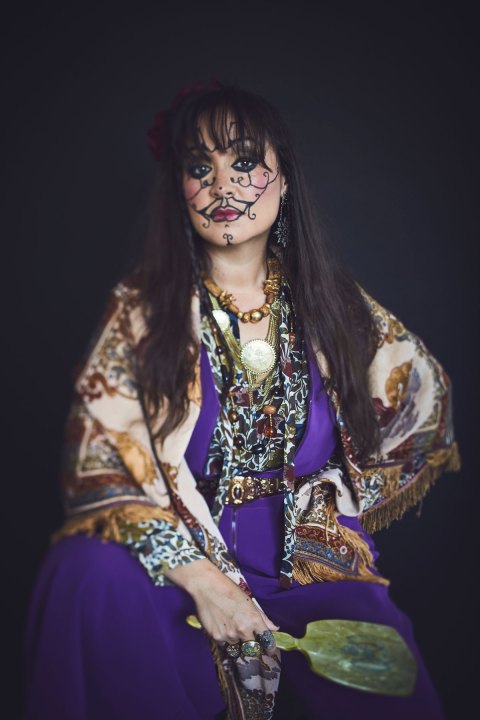 Victoria Falconer in costume for And Then You Go – The Vali Myers Project. Photo: Liz Ham

As a creative, Falconer is building an impressive legacy of her own.

After university, she composed, scripted and performed as one half of the “salacious cult musical comedy duo” EastEnd Cabaret, which found success internationally. She starred as “the Muso” in Slingsby’s 2021 Adelaide Festival show The Boy Who Talked to Dogs, and has co-created and performed in award-winning Adelaide Fringe shows Fringe Wives Club’s Glittery Clittery and Smashed: The Brunch Party.

“I definitely see myself as an aunty of the scene now. I’ve been around for a while. I would say I am no longer emerging – I have emerged,” says Falconer.

And Then You Go – The Vali Myers Project is Falconer’s Adelaide Cabaret Festival debut and brings together the talents of a “dream team” of creatives.

The music for the piece is all original – co-composed by Falconer and musicians Jarrad Payne, Flik Freeman and Dylan Marshall – while the cast comprises Falconer, Erin Fowler, Jess Love, Parvyn Kaur Singh, Ronnie Taheny and Will Spartalis.

The creative team includes puppetry designer Aidan Min. “One of her [Myers’] greatest relationships was actually with her pet fox, so we’re having a beautiful puppet made,” says Falconer.

The design elements will be relatively simple, with Falconer keen to ensure And Then You Go is a production with longevity and potential for touring.

“It’s going be a design really around the people and what we bring to the stage, because we have such a beautiful array of musicians. At the moment, it looks like we have maybe 20 to 25 instruments between us. And, yes, we’re getting all of those instruments on stage. I mean, that’s the set!

“We go from it being really cabaret music, like really big, and lots and lots of different instruments… and then we get to a place that feels like a fairytale, when Vali lives in Italy with hundreds of animals around… and then we go to New York, where it becomes grungy and, like, downtown New York City, and it’s all party and cigarette smoke.

“There’ll be a sense of us evoking each of these spaces, and bringing the audience in, but also knowing very well that we’re all here in this room telling the story.”

Above all else, Falconer insists And Then You Go will be a meaningful and engaging piece of storytelling that celebrates the artists on stage, as well as the artist at the heart of the narrative.

“The takeaway is this: it will be very entertaining piece that really feels like you’re being brought on a journey. It’s also showing off all of the incredible people assembled, including Vali herself, and hopefully conjuring up her spirit here at the festival.

“Even if she has left the planet, her spirit still exists in every artist that tries to put a dot on a page, or a note in a musical instrument.”

And Then You Go – The Vali Myers Project is at the Space Theatre on June 24 and 25 as part of the Adelaide Cabaret Festival.