Self-described “post-post-modern diva” Meow Meow – a specialist in the Weimar repertoire and French chanson – is well-known among Adelaide festival-goers and has seduced audiences across the world with her vocal talents, subversive style and biting wit. The one-night-only Meow Meow’s Pandemonium promises to be something extra special as she joins the Adelaide Symphony Orchestra, under the baton of Nicholas Buc, for what is described as an evening of music and mayhem “bursting with Piazzolla tangos, Weill, Brecht, and even Radiohead”. It’s far from the 2019 Cabaret Icon award winner’s first foray into so-called “orchestrated chaos concerts”; she has previously performed with the London Philharmonic Orchestra, the Sydney Symphony Orchestra, the Bergen Philharmonic, Seattle Symphony and the Western Australian Symphony (get a taste of what’s in store here). – June 18, Her Majesty’s Theatre

Songs My Mother Taught Me

This is 2022 Adelaide Cabaret Festival artistic director Tina Arena’s baby – an evening of songs and storytelling inspired by family, culture and music traditions. “Our earliest memories are those songs that we hear as children, and I thought it would be really beautiful to be able to pay a tribute to those songs that actually formulate us,” she told InReview when she first announced the show. Arena grew up singing in Italian, and she will return to those roots for her performance. Joining her on stage will be fellow performers Wendy Matthews, Lior, Thando, Jess Hitchcock and Sophie Koh, who each have their own diverse stories to share. (Koh will also be starring in the Cabaret Festival show The Shànghǎi MiMi Band, while Lior is performing with emerging artist Domini Forster in Animal in Hiding.) – June 24, 25, Her Majesty’s Theatre 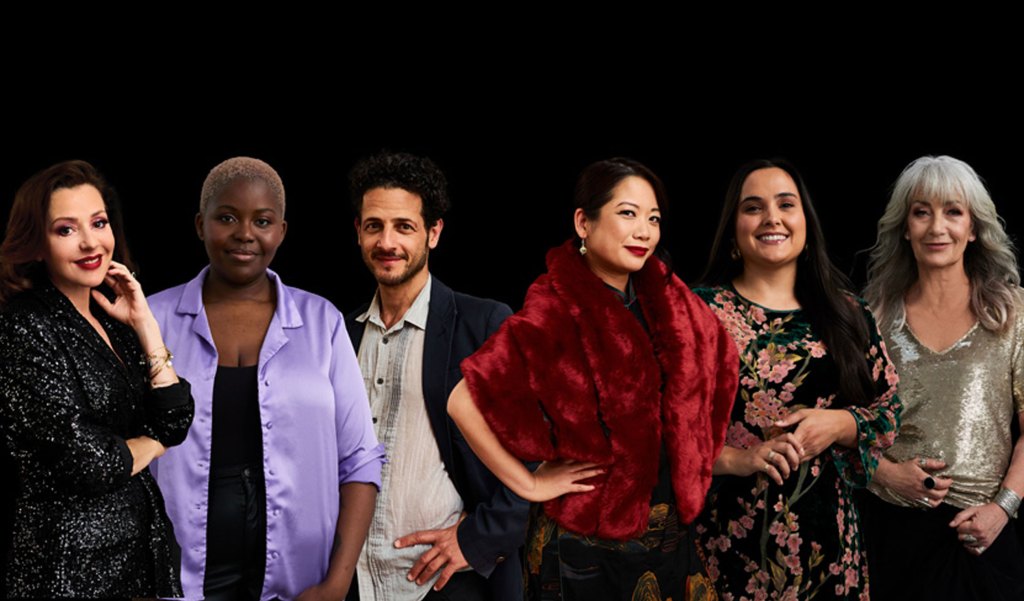 Tina Arena (far left) and the cast of Songs My Mother Taught Me.

“So f**kin funny I nearly died laughing.” That’s an audience member’s review of Don Juan quoted on the website of curiously named New Zealand theatre company A Slightly Isolated Dog, which prides itself on creating experiences where those watching are also active participants. The show sees a troupe of five “French” actors (apparently with deliberately bad accents) recount the adventures and exploits of the so-called master of seduction through “physical comedy, twisted pop songs, and explosive wit”. The critics attending performances in New Zealand and at Edinburgh Fringe (see a clip from that show here) seemed just as enamoured as that audience member who nearly fell off his perch, revelling in the full-on farce, innuendo and “cheesy music”. – June 10,12, Space Theatre 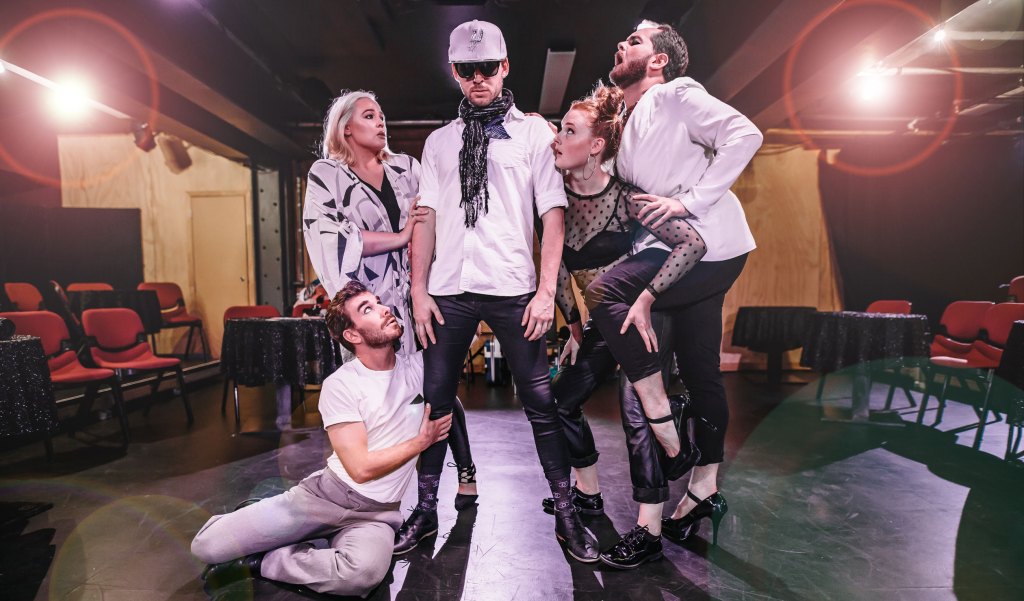 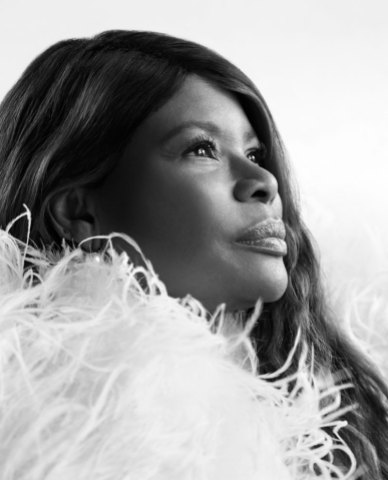 The Gospel According to Marcia

The always-popular Marcia Hines is one of the headline stars of the 2022 Cab Fest and – like Arena’s Songs My Mother Taught Me – this show is inspired by childhood memories of music. When she was a young girl living in Boston, Hines used to accompany her blind aunt, a choir leader, to church services, where she was mesmerised by the gospel singing. “I’d just sit there and listen to all these ladies and their heavenly voices,” she said in a recent ABC radio interview, explaining how she was introduced to music. For The Gospel According to Marcia, she will be joined by Charmaine Jones’ Gospo Collective in a concert that celebrates gospel music and the culture of black American churches. ­– June 17, Her Majesty’s Theatre

A fresh face in this year’s festival line-up is Oliver Twist, a young comedian, performer and playwright who spent his childhood in a refugee camp in Malawi after his family fled the Rwandan civil war. When he eventually arrived in Australia at 18 to start a new life, Twist began doing stand-up, finding the process of telling his stories in this way cathartic. Jali is a different kind of performance: a one-man storytelling show originally developed with Sydney’s Griffin Theatre Company, it sees Twist use drama, humour and anecdotes to share his experiences. It earned glowing reviews when it premiered in Sydney last year. Twist says Jali can be encapsulated with this line from an African proverb: “When the music changes, so does the dance.” ­– June 23-25, Space Theatre

And Then You Go – The Vali Myers Project

Anyone who’s seen Adelaide creative Victoria Falconer in action – maybe in Fringe hit Smashed: The Brunch Party, which she co-created and hosted, or as one half of the riotous musical comedy duo EastEnd Cabaret ­– will know she’s a captivating force. And so, by all accounts, was cult figure Vali Myers, the Bohemian, dancer and artist whose life story is shared in this show that combines original music, circus, puppetry and dance to take audiences “from the jazz clubs of ’50s Paris to the hallways of the Chelsea Hotel in the ’70s,and the studio-squats of ’90s Melbourne”. Falconer created and wrote And Then You Go, and also performs in the show alongside an impressive ensemble of multi-disciplinary artists. It promises to be a wild ride. – June 24 and 25, Space Theatre 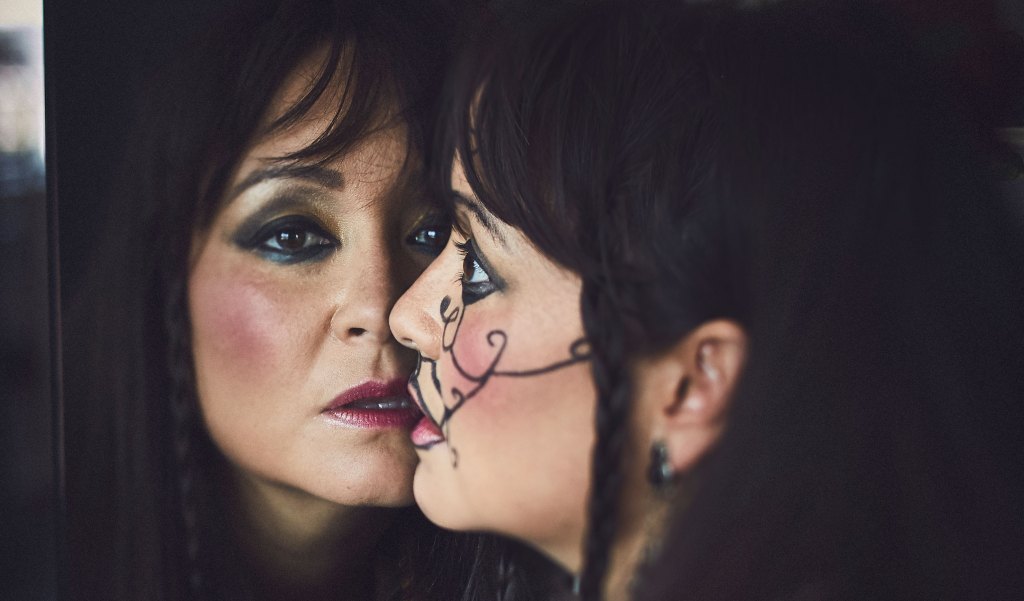 Moments in the Woods: Songs and Stories of Sondheim

Calling all fans of Stephen Sondheim and musical theatre: this one is for you. The show, directed by Mitchell Butel, will celebrate the incredible career of the multi Tony and Grammy Award-winning American composer, lyricist and songwriter whose credits include West Side Story, Follies, A Funny Thing Happened on the Way to the Forum, Sweeney Todd, and Into the Woods. Starring Philip Quast, Geraldine Turner, Queenie van de Zandt, Josie Lane and Butel himself, Moments in the Woods show will feature new arrangements of Sondheim’s music, with the performers reliving Sondheim roles they’ve taken on and also recounting their meetings with him. ­– June 23, Her Majesty’s Theatre

NOTE: This article has been edited since publication. It originally included the cabaret-opera How to Kill Your Husband, which has since been cancelled due to a COVID-related illness.

The Adelaide Cabaret Festival runs from June 10-25. It includes late-night club The Piña Colada Room, a “homage to disco” with a rotating roster of DJs and cabaret artists each weekend in the Famous Spiegeltent.