Guests at tonight’s Adelaide Cabaret Festival Variety Gala will get a first taste of what’s to come over the 12-day festival in June.

The Australian music icon has curated a list of artists who will present nearly 100 performances that showcase the very essence of what cabaret means to her.

“It’s the diversity of it, and with it being set in a kind of intimate setting, I think it’s really beautiful because there’s not much you miss.”

This year’s program is certainly getting intimate, with a personal thread running through several of the shows.

Brendan Maclean’s Alone at Last takes the performer from the high-intensity stages of 2021 Cabaret Festival highlight L’Hotel and former Fringe hit Velvet to the Adelaide Festival Centre’s Banquet Room, where he’ll pull up a seat at the piano and treat audiences to original songs and numbers from throughout his career. After seeing Maclean perform in L’Hotel online, Arena knew she had to corral him for her program.

It’s not a Cabaret Festival without Marcia Hines, and this year she will be at Her Majesty’s Theatre with The Gospel According to Marcia Hines, celebrating memories from her childhood growing up in Boston and early experiences with gospel music. Joining her on stage will be local singer Charmaine Jones and Gospo Collective.

State Opera South Australia will make its Cabaret Festival debut with new show How to Kill Your Husband (and other handy household hints), a “cabaret opera” based on Australian writer Kathy Lette’s novel of the same name, while the Adelaide Symphony Orchestra will accompany Cabaret Festival icon Meow Meow in her show Pandemonium.

International acts include US-based swing band Davina & The Vagabonds, which will draw on the past 100 years of American music in a show in The Famous Spiegeltent over the first weekend. 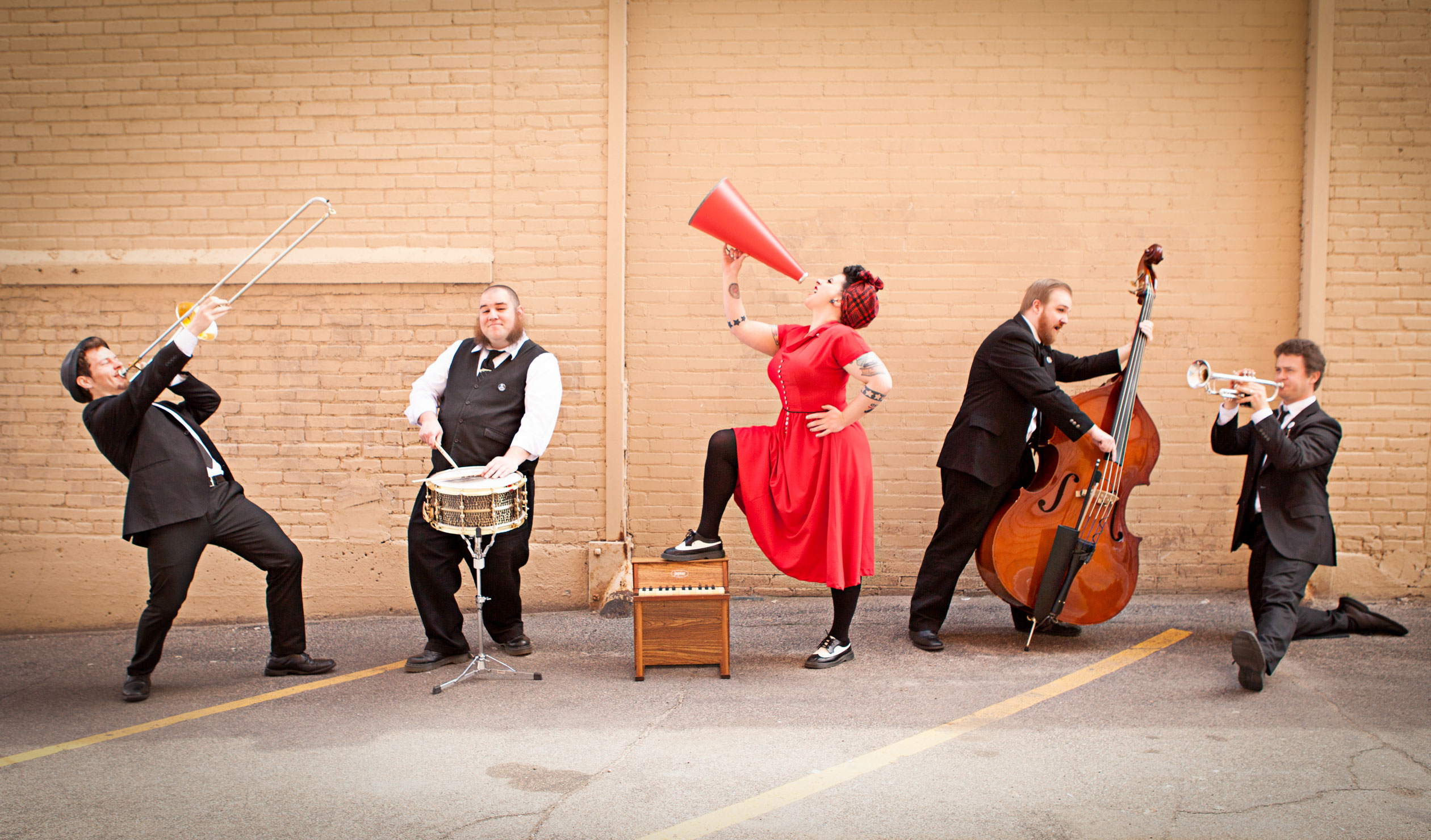 Davina & The Vagabonds will bring their swing to Adelaide. Photo: Christie Williams

On a personal note, Arena herself brings the previously announced Songs My Mother Taught Me to Her Majesty’s Theatre, where she’ll belt out some of the most heartfelt tunes from her childhood. Arena grew up singing in Italian – she didn’t speak English until she was five years old – and she returns to those roots, along with a handpicked cast with diverse stories to tell.

“Whether you’re an immigrant or the daughter or son of immigrants, everyone’s got a story to tell,” she says. “I’m nervous about singing in Italian, but it’s going to be fun.”

“We’ve got such a prominent Chinese community in the country and we’ve still got so much to learn from one another that I thought I couldn’t do this without her,” Arena says of Koh. “She’s just breathtaking, funny, smart and superbly talented.”

In true Cabaret Festival fashion, there’s also plenty for those who are partial to a show with a touch of frivolity. Cirque Bon Bon ­brings circus to cabaret, something Arena says is an important part of the genre.

“The acrobats, the dancers, the contortionists, the aerial artistry! It’s the best of all of that balled into one. It’s visually stunning and there’s some extraordinary talent; it’s going to be a visual splendour.” 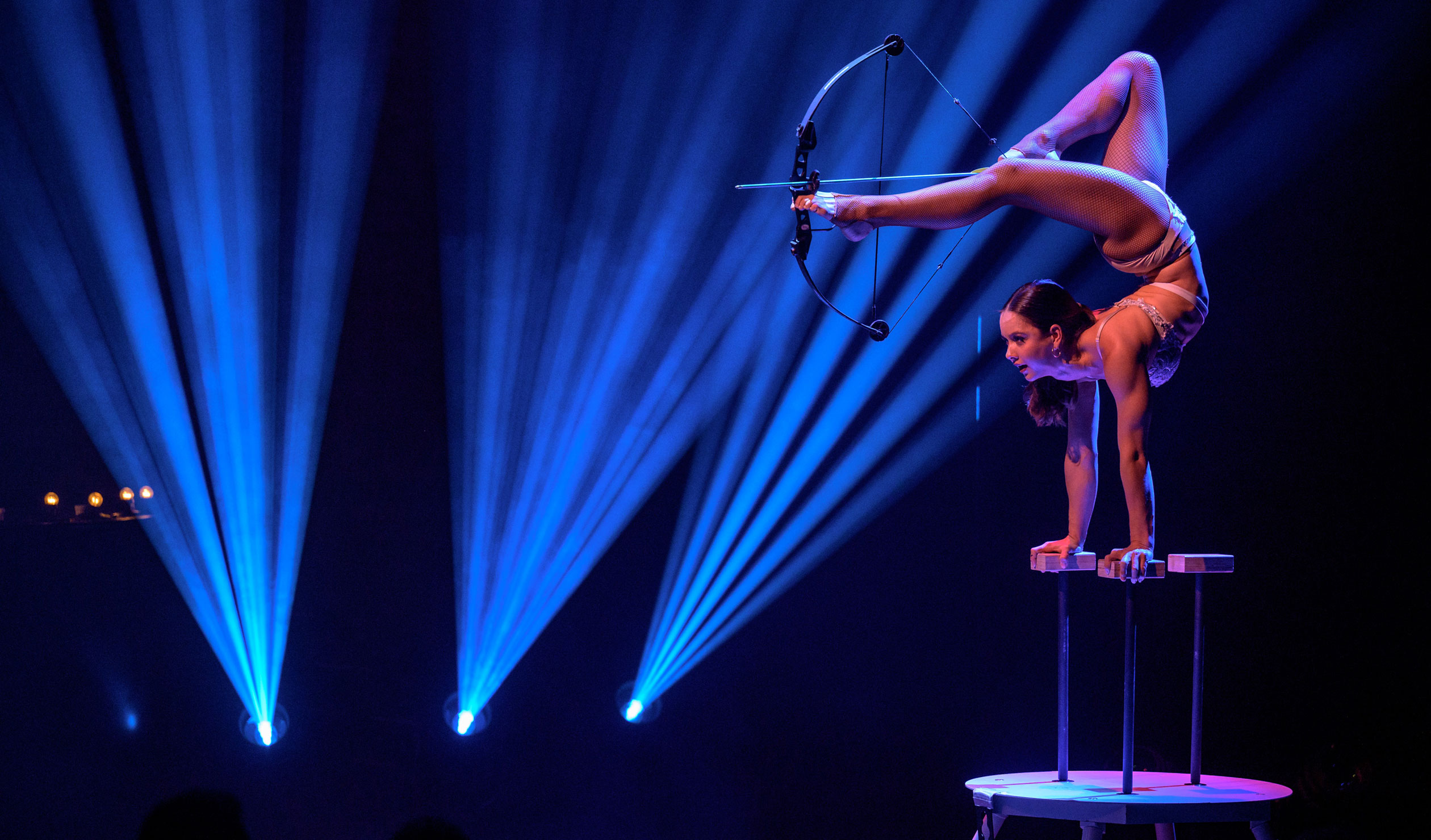 The Pina Colada Room, a late-night weekend event hosted by Reuben Kaye, Yana Alana and Libby O’Donovan in The Famous Spiegeltent, is billed as a decadent homage to the icons of disco.

“The Pina Colada Room is going to be that vortex that people walk into and may not come out of,” Arena laughs.

“It’s going back to a time when things were simpler and it really was about the music and the congregation of people.”

Arena has spent the past couple of years engrossed in the stories of Studio 54 so it’s no surprise she’s taking Adelaide audiences back to that magical time: “It’s the golden age of boogie and dancing.”

Comedian and singer Paul McDermott – co-host with Arena of tonight’s Variety Gala – is also bound for The Famous Spiegeltent with The Funhouse, “a dark carnival of minstrels and misfits, comedy and music” featuring guests including comedians Claire Hooper and Dilruk Jayasinha.

Also in this year’s program is Libby O’Donovan with Sister Elizabeth, where the performer delves into a subject that’s always fascinated her: nuns.

The Quiet Side of Rai Thistlethwayte strips back the music of the Thirsty Merc singer, while The Shanghai MiMi Band, featuring Sophie Koh, explores a glamorous club with songs from “the Paris of the East”.

Arena is urging audiences to stow away the trackpants and Ugg boots and find that something special to step out in for Cabaret Festival season.

“We’ve all got something in our wardrobe that it’s probably time we took out, dusted off and put back on.”

The Adelaide Festival Centre’s 2022 Adelaide Cabaret Festival is on from June 10 to 25. The 2022 Variety Gala is on tonight at the Festival Theatre.