His opening number (“But Alive”, originally sung by Lauren Bacall in the musical, Applause) sets the perfect tone for the show’s age-embracing theme. (“I feel wicked and wacky and mellow / Firm as Gibraltar and shaky as Jello / But alive, but alive, but alive!”)

It’s the style of cabaret that used to take place in low-lit speakeasies, the raconteur cross-legged on a bar stool, smoking heavily between songs. In the Festival Theatre, the intimacy of a cosy bar is lost, but the acoustics make up for it. Cumming’s powerful vocals soar, held aloft by a group of extremely talented musicians. Cello, piano and drums plump the air while trumpeter Josh Chenoweth plays notes that overlap so intricately you could almost be listening to a brass quintet. 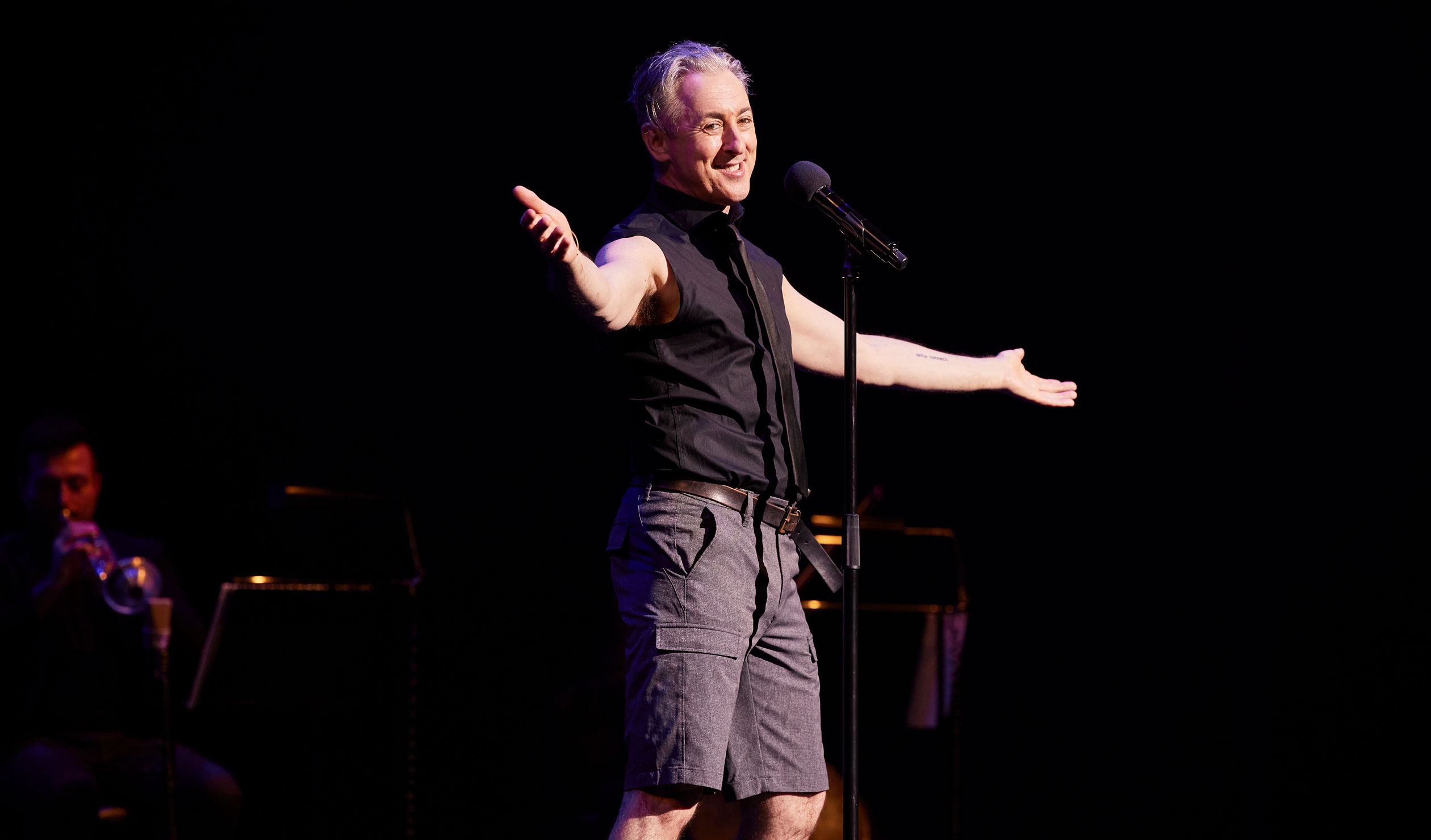 The anecdotes are equally entertaining. Who knew that Scrotox (enlarging the scrotum with Botox) was a thing? Or that Sean Connery would need a butt-plug before he would vote Labour? Occasionally the stories are a little over-peppered with celebrity name-drops, but those that reveal universal frailties, like the panicked trip to a dermatologist after finding some peculiar marks in an awkward place, have the audience laughing and nodding in recognition.