Kim David Smith has been performing at the Adelaide Cabaret Festival for more than 10 years. Back when he was still Kim Smith, he brought shows such as Misfit and Morphium Kabarett, featuring his shape-shifting gremlin mix of nova pop, reptilian camp and ­– when he switched into persona as “Pirate Jenny” and “Surabaya Johnny” – a very creditable version of Weimar revival.

Back with Mostly Marlene, a tribute to screen legend and post-war cabaret performer Marlene Dietrich, Smith has softened some of the witty sneer and smarm of his punk antics to more vulnerable readings of Dietrich’s mixed bag of torch songs and satire.

This time around Kim David Smith is more reflective, more openly candid, and looking to delve into the rueful world-weary experience of Dietrich’s songs.

Hollaender features again with “Look Me Over Closely” – “Tell me what you find / But don’t be over-anxious / I’m not the marrying kind”. Dietrich, whose life spanned the 20th century, proves to be a free-spirited gender-fluid model for this one. Smith calls her a Bisexual Queen.

He has fun with Spoliansky’s “Ich bin ein Vamp” and Toto Coelo’s ’80s hit “Dracula’s Tango” – “Dracula la la I’m a sucker for your love” – with fabulously thundering chords from Amanda Hodder, Smith’s longtime accompanist, who is again exemplary in her phrasing and precision, and central to the success of the performance. 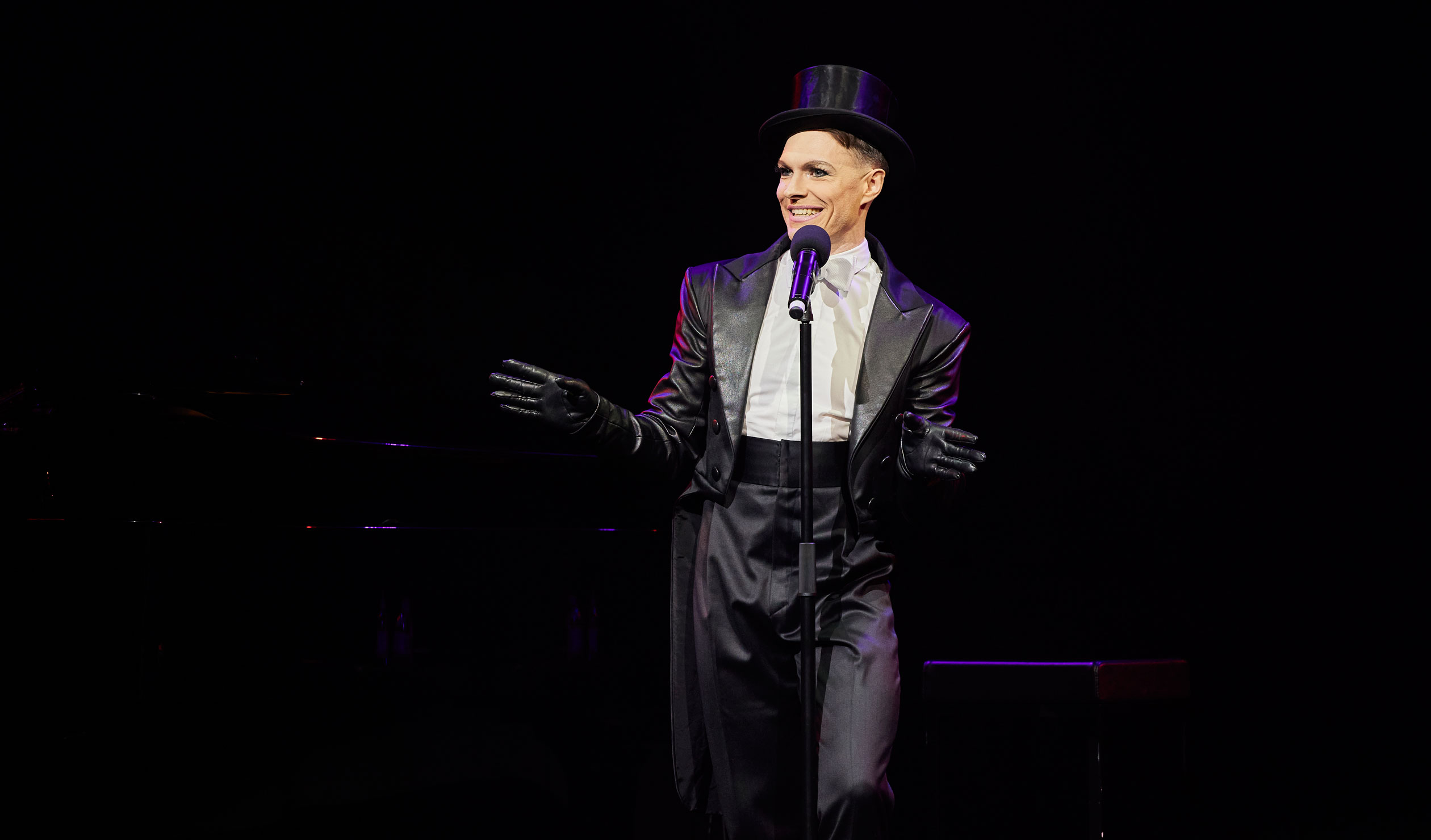 The selections highlight Dietrich’s range of material, such as “The Boys in the Back Room”, the boisterous theme from Destry Rides Again,  the movie western in which she not only starred but also made a hit for Loesser and Hollaender. And we can’t forget “Lilli Marleen”, the haunting wartime favourite for both Allied and German troops, sung here as unadorned lament.

Smith concludes strongly with “a song about nice things we can’t have”: Hollaender’s “Illusions”, interwoven with Kylie’s “I Should Be So Lucky” in German (along with delicious piano trills from Hodder). From there, Smith and Hodder power into more vintage Minogue with a knock-out “Fire. Fire. Fire.” version of “All the Lovers”.

A reprise of the Dietrich signature “Falling in Love Again” follows, also in German, and the finale is “The Singer”, the Liza with a Z favourite, with just enough Minnelli histrionics to finish on a high note. In this performance Smith demonstrates he can mix it with the very best. Mostly Marlene has been a Cabaret Festival highlight.

Kim David Smith is performing Mostly Marlene again tonight at the Space Theatre as part of the 2021 Adelaide Cabaret Festival.