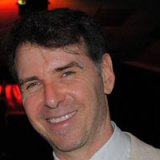 On a big screen in the Festival Theatre, footage of the first YTT from 1971 showed host Johnny Young and the cast singing “Up, Up and Away”. Flash forward 50 years, and Young and other cast members entered the stage to finish the song. Age may have slowed him, but Young looked sharp in a red jacket, black shirt and pants, and his genuinely loving essence was the same.

Each cast member sang individual numbers and got some patter going. The highly impressive Steven Zammit was up first. Through “Sway”, he revealed a strong crooner voice and his own phrasing. He also told how Young had helped him overcome his childhood stutter.

Zammit’s simple yet powerful words about courage and finding our own voice as we grow older marked him as an effective motivator. This led to “My Way”, which he dedicated to his father; it was also one of my father’s favourite songs.

The next acts were Jane Scali and Joey Dee. Scali sang “Music is My Life” (not a particularly memorable song), before presenting a convincing rendition of “Hopelessly Devoted to You”. Dee, the baby of the family, has a good voice but seemed a bit disconnected from the other performers, singing “Everybody Wants to Rule the World” and the Stones’ “Miss You”.

Nicole Cooper got the crowd’s arms swaying with “Venus” and an ABBA medley, with Lorena Novoa joining her to sing “Mama Mia”. The fun they were having was catchy.

When former YTT teen heart-pounder Beven Addinsall appeared on stage, many women audience members shouted: “I love you!” His excellent version of “Unchained Melody” led to the evening’s first spot fires of standing ovations. Footage of Addinsall as a child singing “How Great Thou Art” was shown, and in a neat twist he then performed a duet of the song with his younger self; both Bevens sang beautifully.

The first act closed with Young and others singing “We Are Family”. We, the audience, were also part of the family reunion, reconnecting with TV uncles, aunts and cousins we may not have seen for decades. 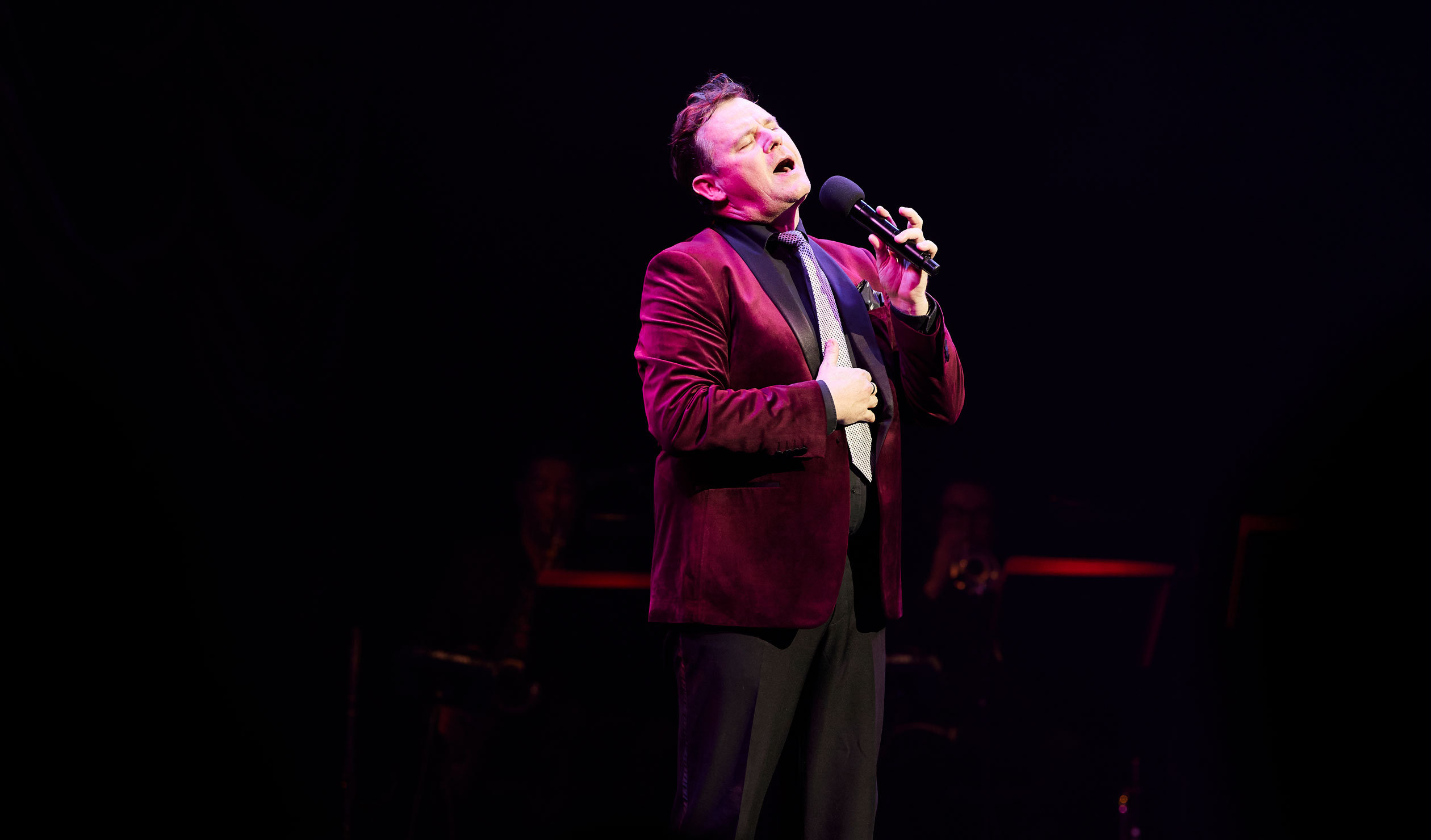 YTT alumnus Beven Addinsall was a hit with the audience. Photo: Claudio Raschella

After the intermission, Novoa gave energetic performances of two uninspiring songs, “To Dance with Somebody” and “Burn Down the Night”, before original Talent Timer Philip Gould displayed his fine operatic voice and agile dance moves with “Younger Than Springtime” and “They Can’t Take That Away From Me”.

Band conductor Greg Mills, himself a YTT alumnus, interviewed Young in the reunion, with the engaging raconteur recounting how he’d written several hits for other people, including “The Real Thing” for Russell Morris. When Young sang the songs he’d penned, his gentleness and warmth came through in his pleasant voice.

With those iconic dimples, an even larger smile than Young’s and a faraway look of pure joy, Karen Knowles sang a lovely half-English, half-French (and heartfelt) version of Édith Piaff’s torch song “La Vie en Rose”. She then amped up the emotion by singing the Indigenous song “Nungeena-Tya” in language, followed by the stirring “I Am Australian”.

To more shrieks from the 40-plus fangirls, Addinsall played piano and sang (along with his YTT siblings) one of the most beautiful songs ever written, “Bridge Over Troubled Waters”.

The three-hour show went quickly. Towards the end, Young encouraged us to dance, adding: “Don’t worry about the virus. It can’t touch you here.” Anything this avuncular figure said seemed true, so in a 2021 act of rebellion, we stood and danced to “Rock Around the Clock”. Then, inevitably, we stood and swayed in semi-unison to the traditional YTT closer, the Beatles’ “All My Loving”.

Scali and Novoa were in tears as, I suspect, were many of the audience. This time, the well-deserved standing ovation filled the theatre. 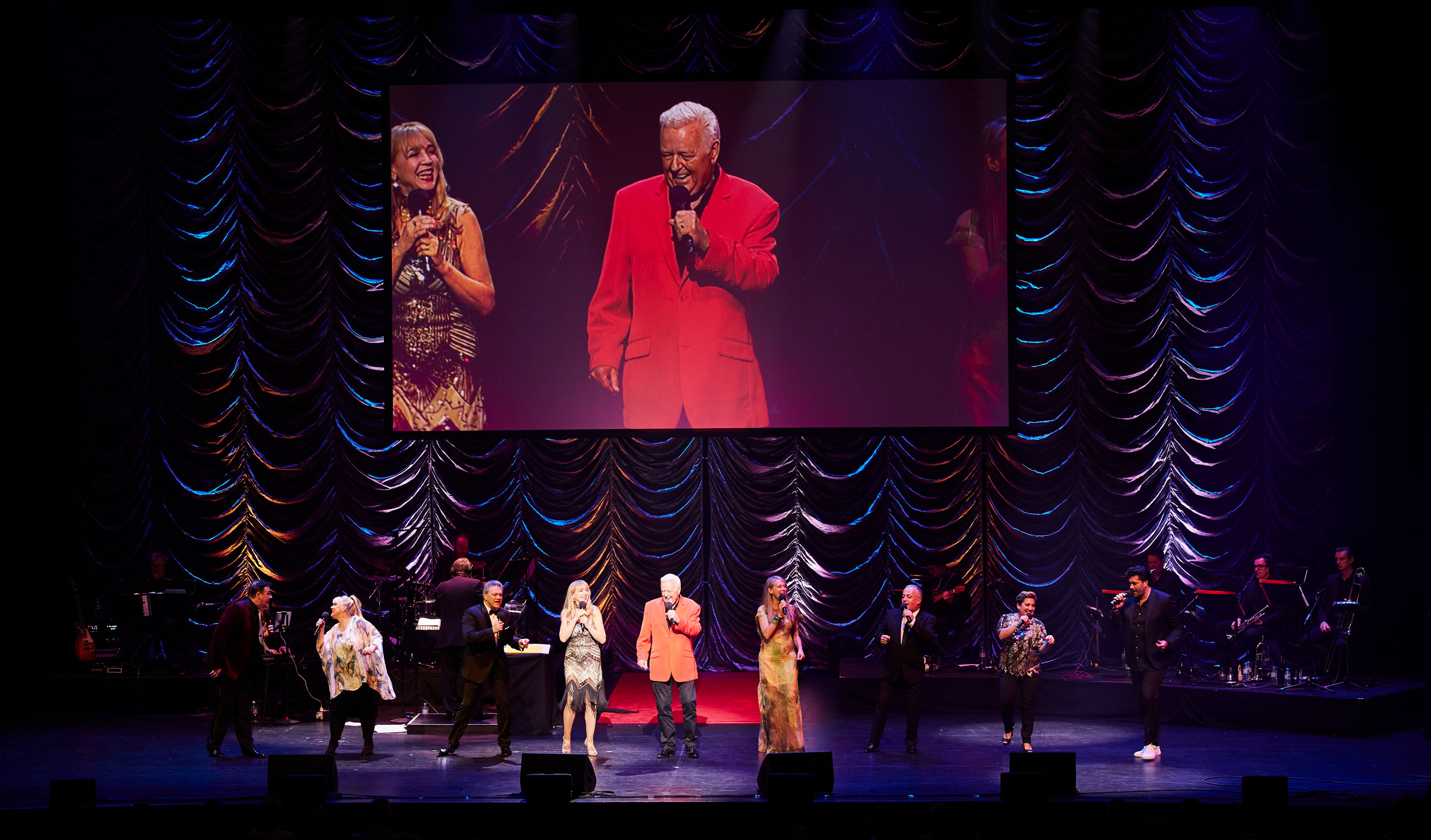 Young Talent Time ­– 50th Anniversary Reunion Special was presented for one night only in the Festival Theatre as part of the 2021 Adelaide Cabaret Festival, which continues until June 26.