Don Walker, the theoretical physicist turned chronicler of gritty Australian scenes, made his career in distinctly blokey bands, primarily Cold Chisel and Tex, Don and Charlie, so it is an exciting project to have his songs reimagined by some of Australia’s best female pop and rock singers.

For this one-off concert at the Festival Theatre, stretching the “cabaret” in Cabaret Festival, Katie Noonan, Clare Bowditch and Sarah McLeod faced some staunch and familiar challenges.

They were meant to be joined by powerhouse Emma Donovan, but she was trapped interstate by COVID hotspot travel restrictions. Organisers announced this week that they’d found highly appropriate late ring-in Mahalia Barnes – daughter of Jimmy, who made so many of Walker’s songs his own. At the start of the concert, it was announced that Barnes had fallen ill.

This left Noonan, Bowditch and McLeod to fill the gaps with a frenetic last-minute rehearsal schedule which, apart from few glitches with lyrics, they managed with aplomb and good humour (Bowditch, from Melbourne, said it had been a complex operation to get her clear of isolation in time to perform).

They were joined on stage by a gun three-piece all-female backing band of Jess Green (guitar), Zoe Hauptmann (bass) and Bree van Reyk (drums), with Noonan taking Walker’s place at the keyboard.

The three singers mostly swapped taking lead vocals, with effusive banter in between – they were having fun. 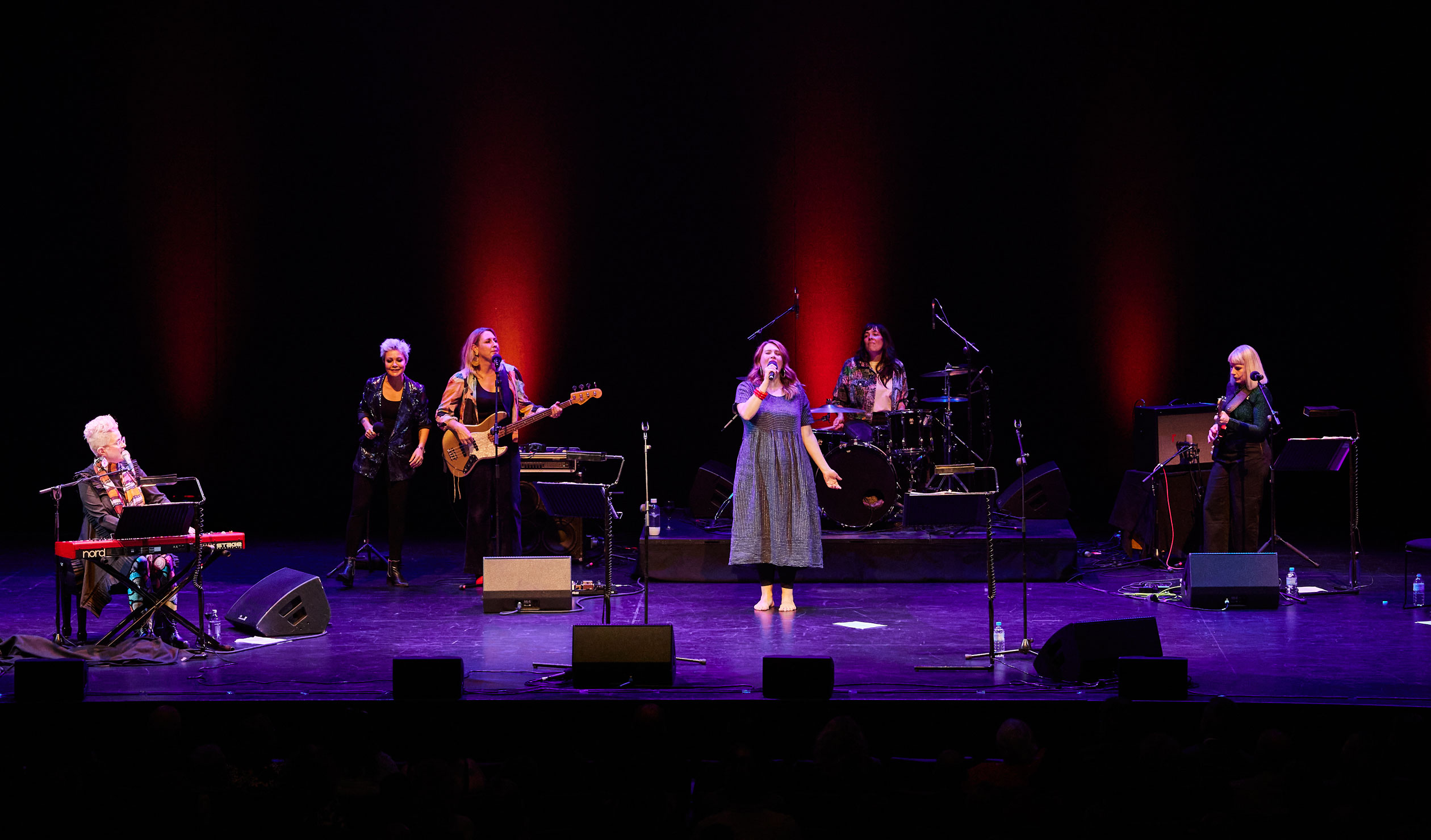 Songs of Don at the Festival Theatre. Photo: Claudio Raschella

Noonan’s flexible and precise soprano led the way on “Saturday Night”, adding some appropriate jazz inflections to Walker’s chronicle of a bleak moment of decision.

McLeod, the resident rocker, followed with the straight-ahead “Standing on the Outside”, with Bowditch using her rich voice to evocative effect on a great version on the reggae swing of  “Breakfast at Sweethearts”.

At this point it was already clear why this concept was a great one, with Walker’s distinctive musical and lyrical scenes of Australian life being elevated beyond the very familiar versions we all know.

“Flame Trees” – one of the great Australian songs about loss – was McLeod’s and it was one of the more Chisel-adjacent performances of the night, with her pub-honed rock voice adding appropriate grit.

We had a singalong version of Ian Moss’s late ’80s pop hit “Tucker’s Daughter” (complete with Noonan’s recreation of her young self’s lounge-room choreography), a lovely swaying rendition of “Looking Forward, Looking Back”, written by Walker for Slim Dusty, and a sensational jazz strutting groove on the more recent Chisel song “Boundary Street”.

“Khe Sanh”, the cultural touchstone about the struggles of a Vietnam vet trying to find his way back into ordinary life, was the song no-one wanted to volunteer for – as McLeod noted, Walker’s songs are deceptively difficult. With a few uncertain moments, she made a good fist of it – there was some crowd participation.

The highlight – the moment where Walker’s music, his knack for lyrical elevation of the ordinary shone through – came in Noonan’s performance of “Choir Girl”, a song she recorded years ago for a tribute album. With just her at the piano, she broke hearts with her soaring version of Walker’s most tender work.

“Cheap Wine” was the finisher, with a lovely gospel-tinged encore of the Tex, Don and Charlie song “The Healing Power of Helpless Laughter” bringing it home.

It was hard not to walk away from this with a smile, given how much fun the performers were having with each other, including the backing band, which was terrific.

The musicians and the festival clearly faced enormous challenges getting the show on stage – the receptive audience was grateful they persisted.

Songs of Don was a one-off show at the Festival Theatre last night (June 18).