“What good is sitting alone in your room?”

That question, borrowed from Life is a Cabaret, was the brief given to around 30 artists invited to take part in the Adelaide Cabaret Festival’s 2020 online offering – a collection of bite-sized video clips curated to celebrate the event’s 20th anniversary after the planned program had to be cancelled due to COVID-19 restrictions.

Adelaide’s Max Savage – whose style traverses jazz, rock and roll, country and soul – was to have performed as part of the original festival program and has responded directly to the theme with two new songs: “Together and Alone” and “Sitting All Alone in My Room”.

Both were written during isolation after the pandemic shutdown put a sudden stop to his usual busy routine of live gigs and collaborations. 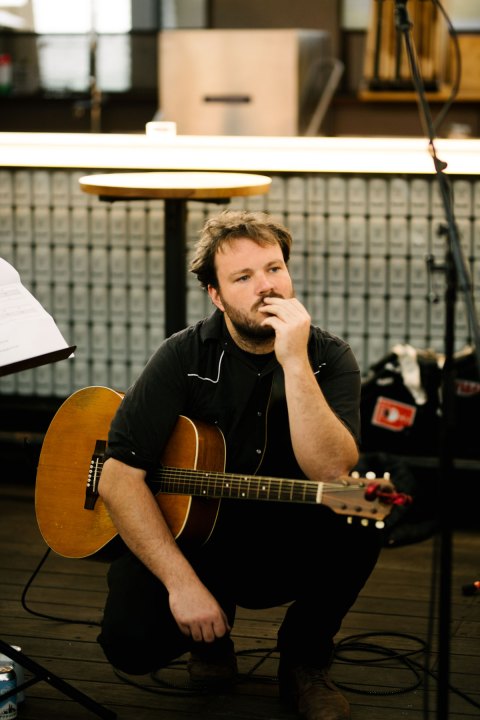 “With my surplus of time that I’ve had, I’ve got to sit down and work through a bunch of jazz standards that I’ve always loved, so I’ve come up with a couple of songs that sound like old-time slow jazz ballads but in a modern context,” Savage says.

He especially immersed himself in the music of Brazilian guitarist, singer and composer Antonio Carlos Jobim, who in the 1950s made a hugely influential and popular album with American jazz saxophonist Stan Getz that introduced many people in the West to Latin, Brazilian and bossa nova music.

Savage says “Together and Alone” draws on elements of that rhythmically complex music.

Savage believes music should tell a story, and he wanted his songs to touch on the struggles those in the music industry have faced in recent months, especially through the closure of bars and other venues, and the resulting sense of isolation.

“It (‘Together and Alone’) is a love song about two people in isolation from each other who muse over the places that they used to frequent when they could be together.”

The other song, “Sitting All Alone in My Room”, is a slow ballad about being stuck at home and unable to go out on the town.

Adelaide Cabaret Festival 2020: Bite-Sized & Home-Delivered will open tonight with a song recorded in isolation by 11 singers. The artists’ short clips – featuring a mixture of content ranging from songs to comedic pieces – will then be shared on social media from June 5-20.

The online project has helped fill empty time during the COVID-19 shutdown for Savage, who usually spends at least three or four nights a week performing or playing music with mates and has sorely missed the collaborative music-making process.

It [Cabaret Festival] picks up a lot of the bits on the edges that are excellent and strange, funny and fantastic

It’s no coincidence that his show in the 2019 Adelaide Cabaret Festival, Nobody Knows My Name, comprised songs paying homage to the characters and scenes that make up Adelaide’s nightlife community.

“The thing that I think culture thrives on is community and community interaction,” he says.

“There is an amazing cross-pollination and hybrid vigour that comes from a really strong creative community, so even though the gigs in and of themselves that are cancelled may not be significant, the effect of not playing guitar at a friend’s gig on a Thursday night at a pub is much more pronounced because you don’t get that really strong flow of collaboration and community which builds creative ideas.

“To me, music is a very social endeavour, so to be denied any interaction with other people is a very difficult thing. Over 15 years of playing music, I’ve become pretty accustomed to having it on tap.”

While many musicians and other artists have been productive during the pandemic lockdown, Savage says the type of music and art they have made will inevitably be different to what they would create if they were out in clubs, playing on stages and interacting with audiences.

He also believes the pandemic has exacerbated problems that were already “bubbling under the surface” of the music industry – including the fact that although most people listen to music, they are reluctant to pay for it.

“That’s not something that’s due to coronavirus, but to a very long spiral as a society of us undervaluing music and the creative arts.

“I guess it’s taken a pandemic to realise how much we miss those venues and experiences, but if we come out of this and it just goes back to how it was for the lives of musicians and the industry, which is worth many of billions of dollars in this country, it is going to be as precarious if not more precarious than it was before.”

On a happier note, the easing of restrictions mean Savage can now at least visit favourite venues like the Exeter and the Grace Emily for a beer. And he’s grateful he’s been given the opportunity to work again with the Adelaide Cabaret Festival.

“Nothing will replace the sensation or feeling of being in a venue and playing a concert… but what this will do is keep us all connected in a time when we’ve all been thrust apart,” he says of the Bite-Sized & Home Delivered program. 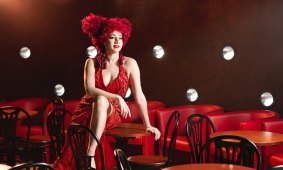 “Cabaret Festival caters for a huge amount of people that don’t really fit into our common mainstream musical discourse.

“It picks up a lot of the bits on the edges that are excellent and strange, funny and fantastic and gives them the space to just be – and I think that’s true of the community of the audience of Cabaret Festival as well as the community of artists – so to have something that can exist online, it just maintains the threads between all of us, however tenuous they may be, and hopefully we can all ride this out.”

Adelaide Cabaret Festival 2020: Bite-Sized & Home Delivered will open tonight (June 5), with clips to be posted on the festival’s Facebook page at 6pm from June 5-7 and then every Wednesday, Thursday, Friday and Saturday until June 20. Max Savage’s clips are scheduled for June 6 and 12.