The premise of Liner Notes is that artists of various kinds are given a track from an iconic album and asked to respond with an original five-minute performance. Led by charismatic host Michael Nolan, the Ziggy collective deliver their tributes to Bowie’s alien alter-ego in the form of song, spoken word, mime, personal anecdote and… wait for it… a scientific lecture.

The tracks are dealt with in the order they appear on the album (with a 15-minute break “to turn the record over”). The key figure here is Nolan, who narrates, between tracks, a hilarious life-and-times of the “sexed-up popinjay of pop”.

Nolan also delivers a mean Bowie vocal with impressive range and appropriate nasal tremolo. He and his band, The Spiders from Marsden, open the evening with a bombshell performance of the album’s titular track. Then it’s over to cabaret diva Yana Alana and her comedy version of “Five Years”, a topical twist on the Bowie classic (We’ve got five years… to raid the ABC. Five years… the press: is it free?)

On “Soul Love”, Sabrina D’Angelo cranks up the weird with a ukulele, a theatrical mask and a bad cough. Bonkers to the max and very funny.

Co-producer Sean M Whelan creates a clever Bowie cento using various lines from the album in his spoken-word piece “The punch that changed the world”. And, in the hands of astrophysicist and TV presenter Alan Duffy, “Starman” turns into a fascinating description of our planet’s history and the recent impact of humanity. 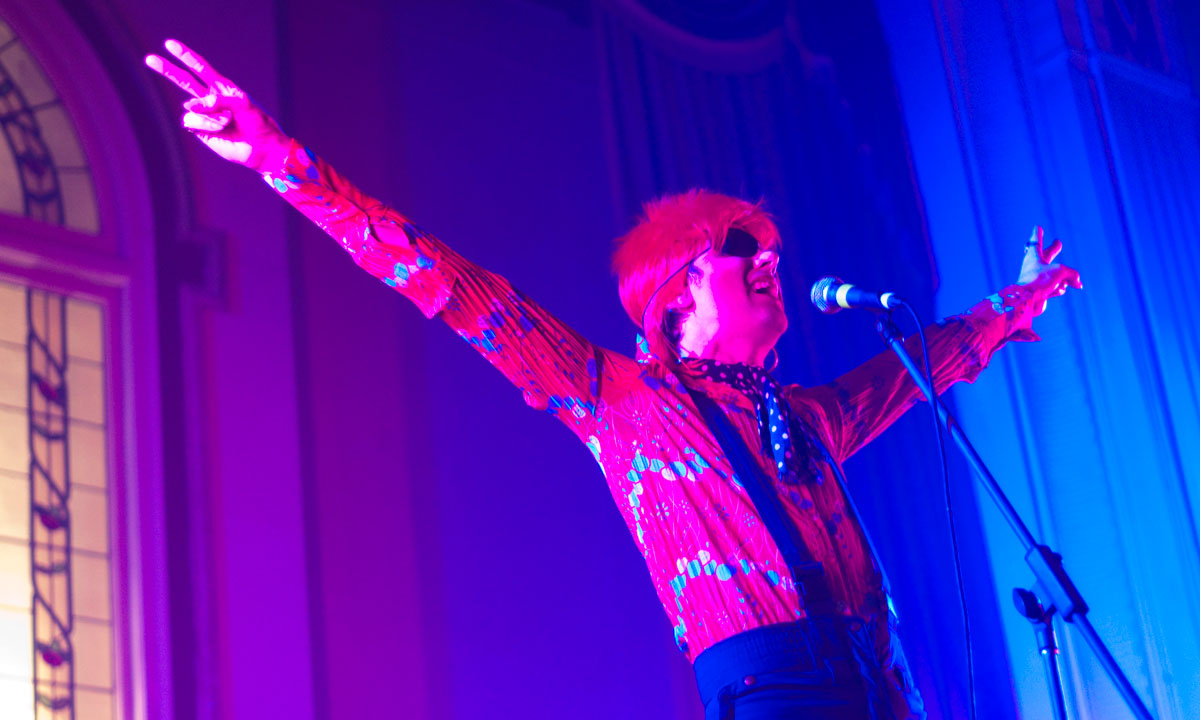 Sometimes the writing is extraordinary; Angie Hart and Linda Jaivin both deliver beautifully constructed pieces which shimmer with originality. At other times it’s the performances that shine; seasoned spoken-word artists Maxine Beneba Clarke, Mantra and Emilie Zoey Baker own the stage with confident, professional deliveries.

It’s all a bit grungy, a bit edgy and informal, and this is part of the appeal. The low-fi presentation, along with Nolan’s interactive charm, ensure that the audience is very much part of the event. Big on laughs, emotional warmth and an eclectic array of talent, it’s certainly the most fun you’ll ever have listening to an album.

Liner Notes Live: The Rise and Fall of Ziggy Stardust and the Spiders from Mars was a one-off performance on June 15 in the Festival Centre’s Blue Room. See all InDaily’s Cabaret Festival stories and reviews here.