No surprises there. What better choice of adornment for what we were promised would be a “shimmering showcase” of the first weekend of the program?

Artistic director Ali McGregor’s opening number incorporated Jack Buckskin’s Welcome to Country and a greeting from the Modern Maori Quartet — a collaborative approach which set the scene for an evening of outstanding performances backed by an onstage band.

It was a night of big voices. Antoinette Halloran got the evening off to an early climax with her operatic reimagining of 50 Shades of Grey. The incongruous coupling of her glorious voice with the explicit lyrics (straight from the pages of the book) got lots of laughs as well as applause.

Performing “Maybe”, NYC’s Amber Martin paid powerful tribute to the late Janis Joplin. Host McGregor had several opportunities to show off her own singing talents, most startlingly as Yma Sumac, “the Peruvian songbird”. Her vocal acrobatics with a mambo flavour ranged from whispers to screams, achieving glass-shattering intensity when she hit the high notes. 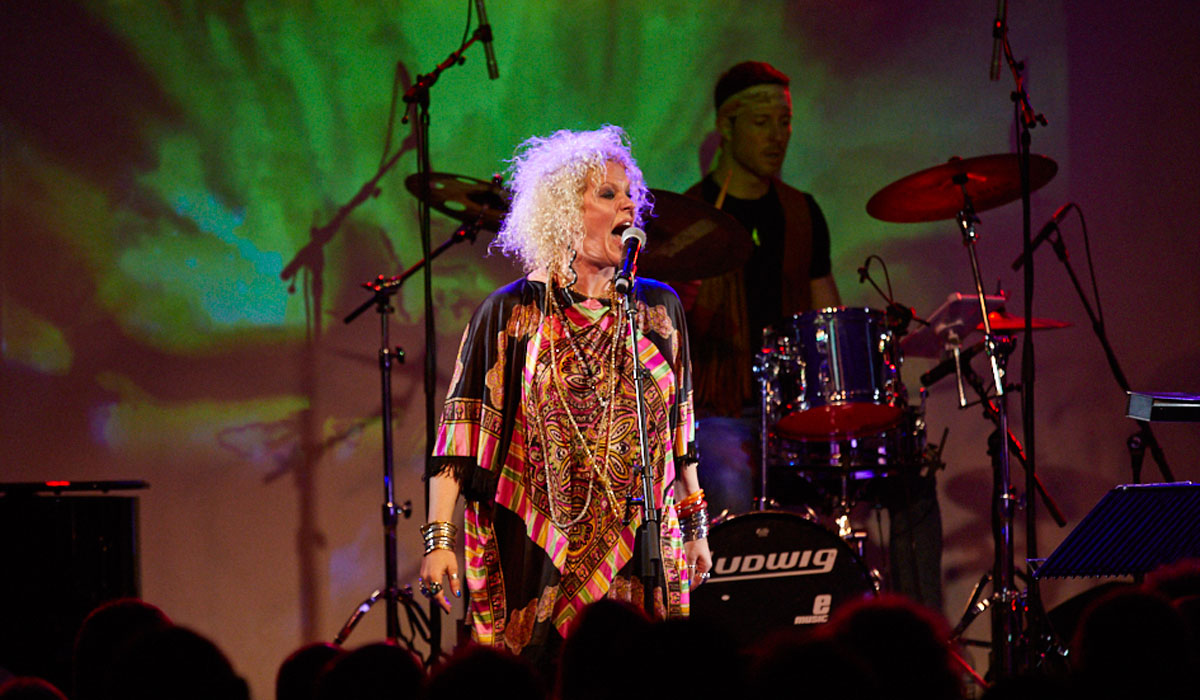 There was plenty of humour, too, in keeping with the spirit of a classic variety show. Adelaide’s own German superstar, Hans, welcomed us aboard his love boat, sporting an oh-so-tight silver sailor suit and a jaunty captain’s hat. Front-row audience members were treated to some suggestive choreography from the loveable (and just a little bit scary) favourite.

Matthew Floyd Jones stood out as another season must-see in his hilarious, absolutely-not-endorsed tribute to the legendary singer–songwriter Richard Carpenter. He’s worked out just how close to the wind he can sail before he’s landed with a plagiarism lawsuit, and his gala number showed he’s nailed the right mix of homage and send-up.

Em Rusciano, in top-to-toe animal print, gave us a love letter to John Farnham that escalated from a NSFW introduction to a ridiculously sublime delivery of “Touch of Paradise”.

Throughout the night this year’s Class of Cabaret shared the stage to support several of the acts. The group of South Australian senior students made the most of their time in the spotlight, looking relaxed and thrilled be singing with the stars. Their first outing was with song and dance man Todd McKenney (singing “Delta Dawn”), returning later in the evening to join Nancye Hayes. The queen of the stage treated us to an impeccable delivery of “My Own Best Friend” before stopping to chat with McKenney, her Bosom Buddies show partner.

My pick for this year’s hot ticket? Modern Maori Quartet (pictured below), the sharp-suited, smiling crooners from “across the ditch” sang a war medley and charmed us all. They were irresistible — I can’t think of anyone who wouldn’t love to spend an hour listening these guys sing. 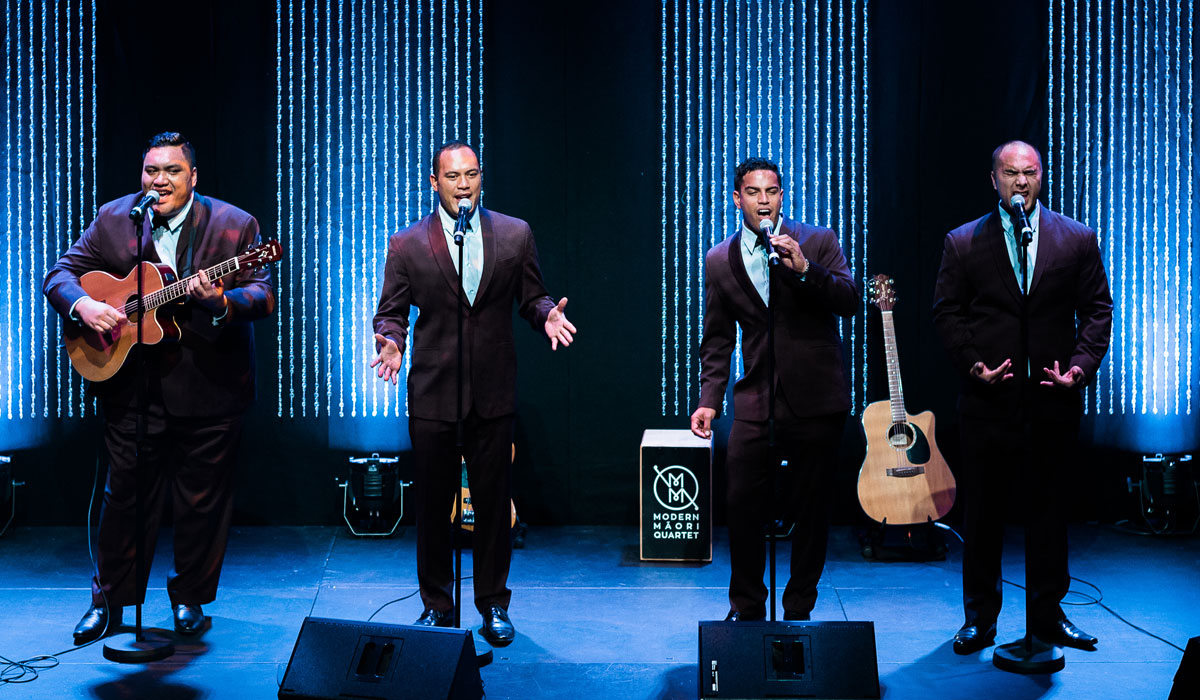 The Adelaide Cabaret Festival Cabaret Icon Award celebrates pioneers and leading figures who’ve made a significant impact on the Australian cabaret industry. This year’s presentation — to David Bates, owner of the Famous Spiegeltent — was a fitting prelude to the final act of the night. The Glorious Misfits, featuring Captain Frodo, proved no career dream is too obscure. If your passion is balancing on top of a tower of tin cans, go for it!

Billed as “an opening night extravaganza featuring some of the world’s finest cabaret stars”, the gala certainly lived up to expectations. This fun night out is always great value and a superb way to kick off 16 days of glamorous entertainment.