Adelaide Cabaret Festival’s Variety Gala Performance kicked off 16 days of shows with a buffet of the best of what the opening weekend has to offer. It delivered big-time.

After a pheasant-feathered fan dance from the boys from Briefs, artistic directors Ali McGregor and Eddie Perfect welcomed us with a (rejected) number written by Perfect for his upcoming Broadway musical. They promised us a little romance, dance and distraction and that’s pretty much what followed, along with some top-quality vocal entertainment. 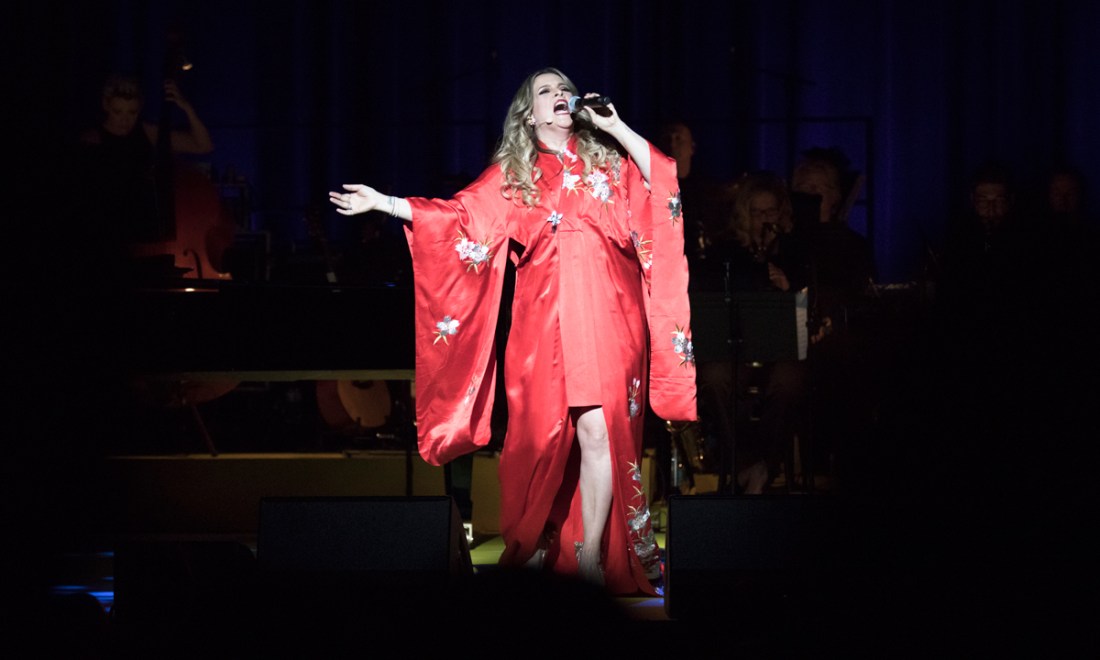 As a “taster” of the festival program, the gala show succeeded, and with a dozen performances there was something for everyone.

Fans of Gilbert and Sullivan may (or may not) know what to expect from Three Mikados. Colin Lane, David Collins and Amy G introduced us to what looks like an hilarious night of musical comedy.

Dillie Keane’s ditty “This Ain’t the Hokey Cokey Any More” got lots of laughs from an audience who could obviously relate to the effects of old age on one’s love life. Iconic Kings Cross entertainer Carlotta, gorgeously over-the-top in the hottest of hot-pink gowns and an enormous feather boa, started with some self-deprecating schtick but quickly wowed us with a powerful voice in her take on Sondheim’s “I’m Still Here”.

There was lots of spruiking of festival features. Access is tricky this year, due to the riverbank precinct redevelopment, but several new venues and bars should entice people into the area.

Murray Hill, “the hardest-working middle-aged man in show business”, is hosting the Backstage Club for three nights during the first week of the festival. The New York comedian’s audience participation challenge looked like an excruciating experience for last night’s three “victims”, but everyone else seemed to enjoy it.

When singer–songwriter Gillian Cosgriff polled Facebook’s hive mind in search of material for her show, she discovered inspiration is fine as long as it makes sense. She pokes fun at #blessed #privilege and her song was a pointer to another show worth catching.

Snazzy duo Michael Roulston and Sarah-Louise Young – Songs for Lovers (and Other Idiots) – gave us a witty and polished explanation of why they’re not a perfect match. It’s no surprise that this onstage partnership has won multiple awards.

Naomi Price wowed with a riveting interpretation of “Eleanor Rigby”. Her show, Lady Beatle, looks like yet another to add to the “unmissable” list.

One ticket to buy on the strength of what we saw at the gala? Vigil, commissioned by the Adelaide Cabaret Festival, is a winner. Christie Whelan-Browne’s solo vocal performance as Liz, the prodigal daughter who returns to her mother with a disappointing lack of achievements, was divine. 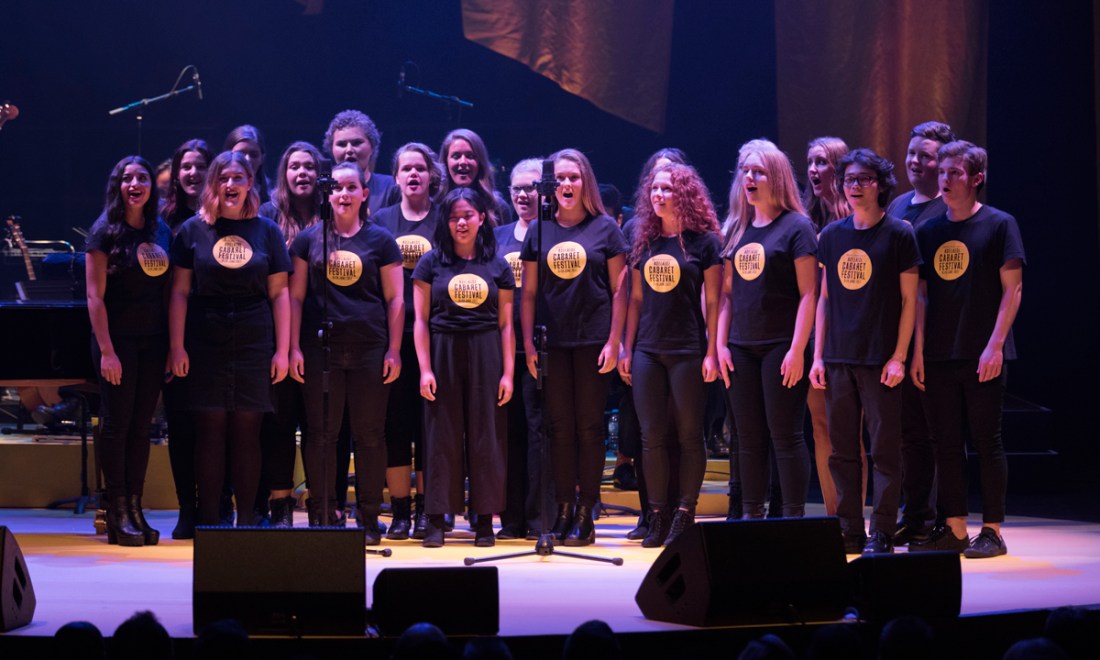 Our hosts reappeared with solo numbers from two other festival shows – McGregor with a breathless rendition of “Carousel” (from Brel: The Immortal Troubadour) and Perfect at the piano for the exquisite “Quiet”, from Tim Minchin’s Matilda.

Michael Griffiths dashed across to Her Majesty’s after his own show at the Space to belt out “Better the Devil You Know” and showed why Kylie fans should catch his homage to the impossible princess.

To wrap it all up, the Class of Cabaret (23 talented high school students who’ve been mentored to build their stage skills) joined the hosts and other performers for the evening’s power-packed finale.

The variety Gala Performance is a great night out and an ideal way to meet your new favourite cabaret stars.