McCann spent two years playing the kindly teacher in Dennis Kelly and Tim Minchin’s Matilda before stepping down from the role in mid-March, and says it was the musical that rekindled her love of the children’s author.

“I went back and read the Roald Dahl books. I introduced my little nephew to them as well.

“I was reminded of just how incredible he is; how funny and how inspiring and connected all of his stories are for both for adults and for children.”

Her idea for a new production featuring music from film and stage adaptations of Dahl’s stories was well received by the Adelaide Cabaret Festival’s artistic directors and has come to fruition through a collaboration with writer Richard Carroll, with whom she created the one-woman-show Everybody Loves Lucy.

“He [Dahl] is so entertaining but also he has this real dark element that often gets lost in some of the adaptations, so we thought, let’s bring that back. Let’s try and make this music that we’re using feel like the spiky Roald Dahl of his novels, so that’s the treatment we’ve given it,” McCann says.

It includes some of the music Minchin wrote for Matilda, which McCann says channels the author’s voice: “It’s funny and it’s wordy and it’s a little bit obscure and quirky but at the same time it has a lot of heart.”

The show also features original compositions of Dahl’s Revolting Rhymes, and adaptations from the musicals Willy Wonka and James & the Giant Peach, and the film Willy Wonka & the Chocolate Factory. 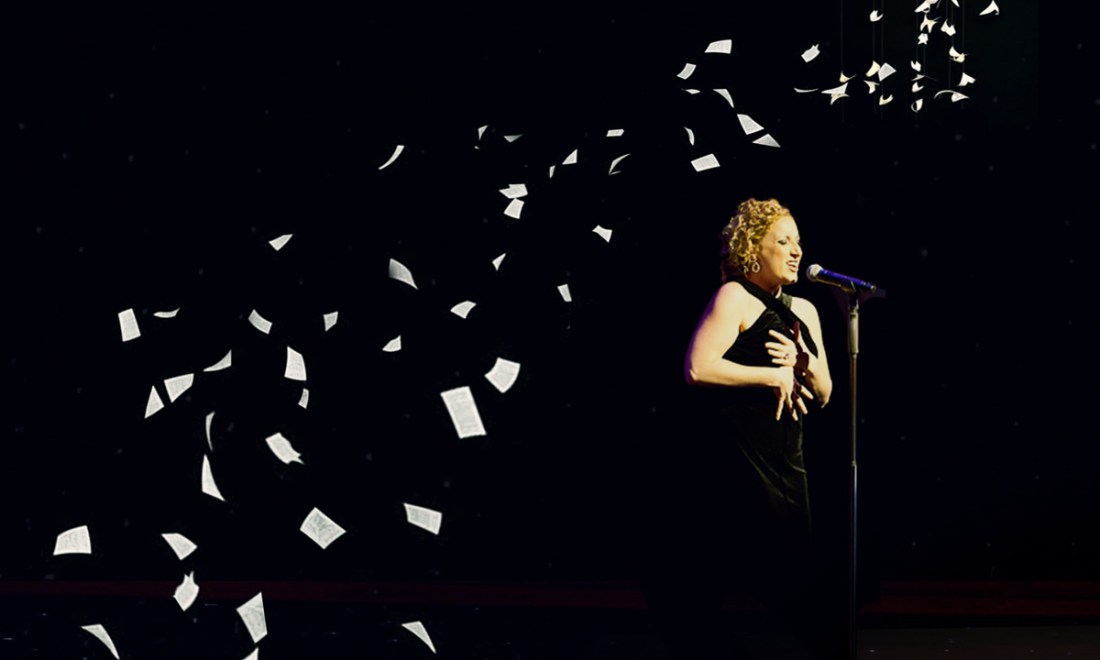 A narrative element is incorporated in Dahlesque, which McCann says weaves the author’s stories and characters into his real-life tale.

“With all the music, we wanted to create a world, so it’s all been orchestrated for string quintet and tuned percussion and things like xylophones and glockenspiels and vibraphones and marimbas, woodblocks and tubular bells … to really create this sound, this aural landscape, that is equal parts magical as well as obscure and spiky.

“We’ve taken ‘I Want It Now’ [from Willy Wonka] and made it sound like an evil merry-go-round, like a dark merry-go-round, so there’s this sense of kids playing but also the darker side of the inner child who is demanding and who is like [the character] Veruca Salt.”

Some of the music, however, is simply enchanting, such as “Pure Imagination”, the final song in the 1971 film Willy Wonka & the Chocolate Factory: “It has a real sense of magic and mystery about it which is just beautiful, and that’s real Roald Dahl as well.”

McCann – whose screen and stage credits include Peter Allen: Not the Boy Next Door and Mamma Mia! – admits she felt “a multitude of emotions” walking away from Matilda the Musical, a show which garnered her the 2016 Helpmann Award for Best Female Actor in a Supporting Role in a Musical.

“I love that show and I love that part and it was a big thing to step away because I just had the best time of my life on it … I never came to a point where I was sick of it.”

But after two years touring with the production, she wanted more time with her partner and family, and more space to pursue other projects – such as Dahlesque. (Lucy Maunder has now taken over the role of Miss Honey in Matilda, which opens in Adelaide on Friday.)

“I love doing big-scale shows because you are really part of a family,” McCann says.

“You get to play with a lot of people, you get to be inspired by them … and you just have to do your job, whereas when you are creating something you are part of all those decisions and you have a lot to worry about, which is simultaneously challenging and exhausting as much as it is thrilling.

“But you do feel this great sense of pride in this product that you finish up with because you’ve been a part of every little element.”

Dahlesque will be performed at the Space Theatre on June 17 and 18 as part of the Adelaide Cabaret Festival, which runs from June 9-24. Matilda the Musical opens at the Festival Theatre on Friday.