Omer’s undertaking, spurred by the breakdown of her marriage, leads her to reflect on her own involvement with religion and to set out on a worldwide investigative pilgrimage. Weaving deftly between travel writing and memories from her old life, she examines the ways patriarchal culture can pervade even “progressive” spaces like her former church community. 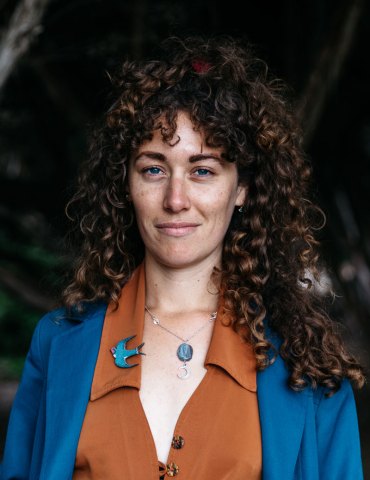 Omer embraced Pentecostalism as a teenager, eventually rising through the ranks to become a trusted preacher. She characterises its doctrine as a potent blend of community-based social justice and “neoliberal, individualist” self-help, reinforced by emotionally charged services, careful marketing, and a hierarchical leadership structure.

Looking back, Omer realises the extent to which her practice of submission before a masculine God translated into a similar state of unquestioning devotion to charismatic male mentors and a critical, controlling husband.

Her search for alternatives is a transformative and often lonely one. She embarks on an eight-hour pilgrimage to honour La Virgen de Guadalupe in Mexico City, discusses genderless pronouns for God with pioneering Swedish priests, and reconnects with her body in the Scottish wilderness. Omer is a keen observer, and her writing is meticulously descriptive (readers are rarely left in doubt as to the colour of the sky, or the texture of a new acquaintance’s hair).

When she approaches a new place with preconceived ideas about what she hopes to find, Omer’s research methods can sometimes be, as she notes with admirable honesty, “arrogant” and “self-focused” – not a far cry from the mindset she observed within the church. Although she is rightly cautious about examining religions of which she has no first-hand knowledge, it is through learning from Muslim and Jewish feminist theologians that she recognises the limitations of her own perspective, and the complexities of navigating centuries of cultural history and tradition.

Where Omer particularly excels is in analysing how symbols, rituals, and language are used to condition belief and fortify power structures. As she reiterates throughout the book, when the language and images used to denote divine perfection are exclusively male, men see their identities represented and affirmed in a way no one else can.

Omer concludes not with a single, definitive solution, but with an invitation to reclaim rituals and rethink conventions, and above all to keep asking difficult questions.

Holy Woman – A Divine Adventure, by Louise Omer, is published by Scribe.