Tim Reeves first wrote extensively about the Duncan case in 1992, for his Honours thesis at the University of Adelaide, where Duncan himself had worked as a law lecturer. Since then, the historian and author has continued to meticulously research the facts and context of Duncan’s violent drowning, culminating in this taut and thorough account of the man himself, his death, and its impact on the contentious but ultimately successful process of gay law reform in South Australia, which became the first state to decriminalise homosexuality in 1975.

Duncan emerges as a reserved, private man whose posthumous status as an iconic martyr of the gay liberation movement is, Reeves suggests, “something he would have abhorred”.

Although Reeves describes as a “myth” the idea that Duncan was “essentially a loner” – citing letters from good friends in England, his “convivial” socialising at an Adelaide dinner party, and the grief expressed after his death by those who knew him – the overall picture remains one of a skilled, studious man who could be awkward and taciturn when it came to developing personal rapport with colleagues and students.

It was, however, Duncan’s respected professional and social role that most galvanised public shock and disquiet about his murder and its circumstances.

And it is this, perhaps, which speaks most poignantly to the ongoing significance of Duncan’s death, and the community response and social reforms which eventually followed. Both because it is moving that justice was sought so insistently, by so many, for a man “with no family” and “few friends” but also, more troublingly, because it underscores the relative power and structural privilege required to focus attention on – and inspire support for – even modest, albeit essential, social change.

“What would have happened had he been a working-class man, with no one around possessing the media nous and legal savvy to defend him?” Reeves rightly asks. “The case may never have gained the traction it did.”

A 1972 story showing key locations identified during an inquiry into Dr Duncan’s death.

The Death of Dr Duncan is first and foremost a precisely researched and straightforward historical account, a summing up of the known facts after 50 years. It is narratively engaging, filled scrapbook-like with a documentary and pictorial record of the case. Nonetheless it resonates, sometimes depressingly, with the challenges, dilemmas and disingenuous opposition that so often confront social justice movements to this day: strategic questions about whether to push for radical change or incremental reform, the prejudicial rhetoric of moral panic, the bigoted equivalence of difference with criminal degeneracy.

All these issues remain utterly familiar, not least in connection with the relatively recent legalisation of gay marriage in Australia after a gruelling and, as many have argued, unnecessarily harmful public debate. Reeves has done well to produce this record of a crime whose relevance is, unfortunately, still all too acute. 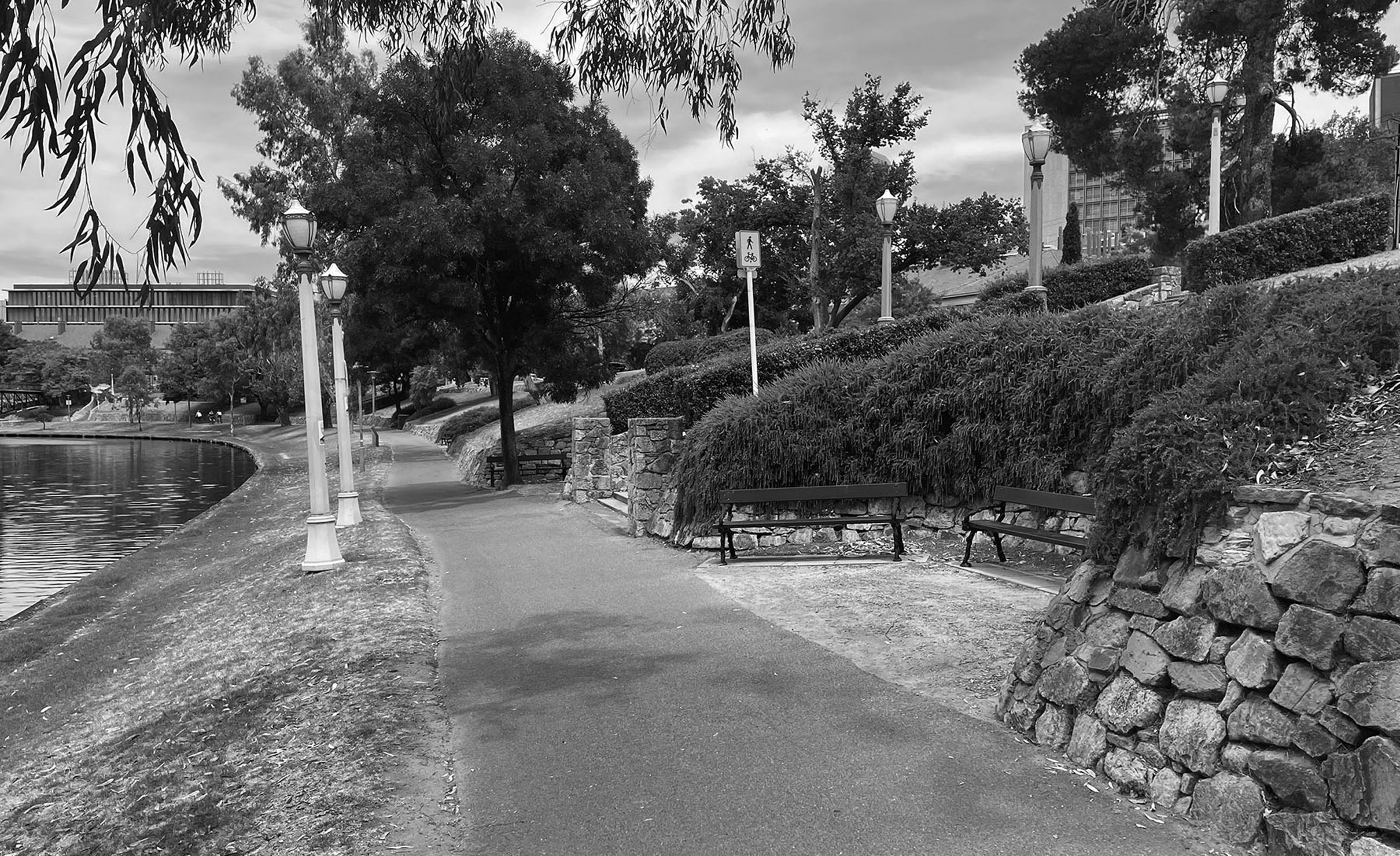 The site by the Torrens where Dr Duncan was attacked.

The Death of Dr Duncan, by Tim Reeves, is published by Wakefield Press and available now. The images above are from the book and provided courtesy of Wakefield Press.

Note: The story of Dr Duncan’s drowning also inspired an oratorio, Watershed: The Death of Dr Duncan, which was presented during this year’s Adelaide Festival and reviewed here by InReview.