It was turning out to be a quiet Saturday in the bookshop, following a booming Friday, according to Jason. “Did everyone come in yesterday?” I asked. He shrugged. “Maybe.” But there’s a mysterious rule in bookshops: if you comment on how quiet it is, the customers will become a trickle, then a flood. (Just like, in the old days, when people smoked, lighting a cigarette would inevitably beckon the bus you’d been waiting for.)

Around lunchtime, another mystery emerged, one customer at a time. Adelaide was full, they kept telling us, of excited people dressed as detectives. Some were in Sherlock Holmes garb, with tweed caps and plastic pipes. Others were styled like Philip Marlowe played by Humphrey Bogart, in trenchcoats and fedoras. Some had dove feathers stuck to them for a reason I don’t understand.

It made me think about RWR McDonald’s new book, Nancy Business (Allen & Unwin, June), the sequel to his award-winning debut The Nancys, a crime novel with a comic twist that introduced readers to 11-year-old Nancy Drew fan Tippy Chan, her babysitter Uncle Pike (origin of her Nancy Drew fandom) and his new boyfriend Devon. Together, they formed a secret amateur detective club, The Nancys, to solve the mystery of Tippy’s teacher’s dead body – and solved it! 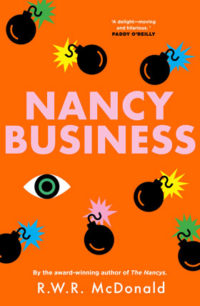 In this sequel (which works as a stand-alone), The Nancys reform to take on a new case after an explosion near the uncle’s Airbnb home in Tippy’s home town kills three people. I love a good comic crime novel – I was once addicted to Janet Evanovich’s Stephanie Plum – and the detective convention (and the big pile of Nancy Business on our front display table) reminded me to take this home to read.

From my position squatted by the bottom row of shelves, dusting, and Jason’s behind the counter, we quizzed a series of Saturday customers for clues, as if we were detectives. Eventually, one customer texted her son, who reported that a giant street game of Cluedo was on. “Fun!” I said, even though I’m actually not into group fun. I like to see other people having it, especially in costumes.

“Who would you dress as?” asked our customer. My first thought was Veronica Mars, but I didn’t want to say a teenager, so instead I voiced my second thought: Mare, from Mare of Easttown. “Yes!” she said, and then we talked about how good the series is for a while, after we’d agreed Mare would be a really easy costume (jeans, a parka, maybe some plaid, and a half-arsed ponytail). 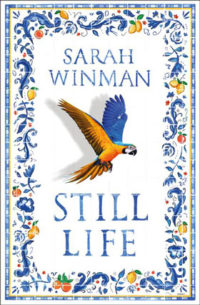 Still Life seems like a perfect pick for lovers of historical fiction, good storytelling and beautiful prose. A story of love, war, art and EM Forster, it brings together young British soldier Ulysses Temper and Evelyn Skinner, a sexagenarian art historian and possible spy. In a ruined wine cellar of a Tuscan villa in 1944, they meet as strangers as the bombs fall around them, and share an extraordinary evening. Their lives become linked for the next three decades. Katherine says it will “have you hooked from the first few pages”.

Jason promised to tell Katherine that her recommendation had hit the spot. There’s nothing quite like the feeling when a customer comes back to tell you they loved the book you placed in their hands.

I fell in love with Laura’s writing in another lifetime, when she did a writing fellowship at my then-workplace. A few months later, we got chatting over a drink about the short-story collection she was working on, Love of a Bad Man (Scribe), with each story based on a real woman romantically connected to a criminal. Laura brilliantly inhabited the perspective of a Manson girl, the girlfriend of Clyde Barrow’s brother, and a Jim Jones acolyte, among others. I later launched that book and have been avidly following her career since. Laura’s dreamy, dangerous subsequent novel Beautiful Revolutionaries (shortlisted for the Prime Minister’s Award for Fiction) was set in the world of the Jonestown cult, which she extensively researched. 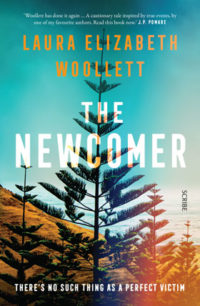 In one sense, The Newcomer is a natural progression, another exercise in literary true crime that delves deeply into the motivations and psychological complexities of those involved. Again, Laura has researched a historical crime that she uses as inspiration or springboard. But it’s also a departure from the dreamy California prose of those previous two books, to something spikier and quintessentially Australian. And in another departure, this doubles as a whodunnit.

The story intermittently unfolds from the perspective of the victim, Paulina, a charismatic, mentally unstable, promiscuous young woman who dares the reader to think she might have been asking for trouble (while unpeeling a savage, heartbreaking vulnerability at her core), and a cast of characters who knew her well, beginning with her devastated mother. This novel is part of a growing (and welcome) trend in recent fiction to explicitly interrogate the idea of “dead girl” mysteries, and make its victim whole and nuanced.

What’s really being interrogated here is not so much the mystery of how Paulina died, but why she died – what was rotten in the community surrounding her. The claustrophobic microcosm of Norfolk Island and its insular, hypermasculine colonial society is both its own distinct world and uncomfortably familiar.

Our last customers for the day were familiar ones. “Here comes trouble,” said Jason, and my head snapped up to see Michael Bollen, my boss at my weekday job at publisher Wakefield Press, and his daughter Milly, who’d wandered over on foot from Mile End. For a moment it felt like it wasn’t Saturday after all, but then I noticed Michael was wearing sneakers, something I don’t think I’ve ever seen before.

Michael immediately went to browse the history shelves, because when he’s not publishing history books, he’s reading them. (A typical answer to “How was your weekend?” might involve him barrelling through a Russian history or reading something in German.) 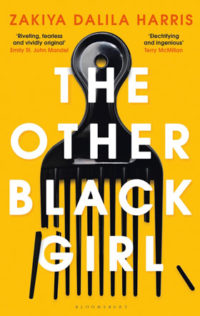 I gathered my things to cycle home, and Michael and Milly bought their books. Michael bought a history of Iraq (because it’s a country he hasn’t read about lately), and Milly held out a bright yellow cover that matched her yellow jumper and hair: The Other Black Girl by Zakiya Dalila Harris, about Nella, a 26-year-old editorial assistant sick of being the only Black employee at Wagner Books … until Hazel arrives, with her dreadlocks, Harlem roots and Zora Neale Hurston mug.

“We’re book twins!” I told Milly, taking my copy from my bag, and we agreed to swap notes later. That night, as a chicken roasted in the oven, some teams played football on the TV screen and the gas heater hummed, I dove into the book, and I didn’t go to sleep until I had finished it.

A smart, snappy satire of contemporary publishing as both a very particular workplace, and an uncomfortable environment packed with micro-aggressions that non-white people must cheerfully ignore, it’s billed as The Devil Wears Prada meets Get Out. And while snappy taglines like this aren’t always on the mark, this one is pretty accurate, if you think of the former as the movie (the book is awful).

At first, Nella is delighted to have someone at Wagner Books to bond with over the Black Girl caricature introduced to a star author’s book in the name of “diversity”, as well as favourite authors and haircare tips. Someone to relax with. A friend who gets it, who’ll be an ally in the lonely business of pushing for change. But things don’t quite go that way, and soon Hazel is the office darling, Nella’s star is plummeting, and something seriously sinister (with a supernatural element) is afoot …

“Maybe I’m not so out of touch with the young people,” I’d said to Jason as I left the bookshop. We’d been talking about feeling old these days, what with our creaking limbs and not understanding why it’s apparently rude to use punctuation marks in text messages.

But let’s face it, I said “the young people”. And then stayed up late Saturday night … reading. Though if that’s being old, I’ll take it. The young people can have their energetic limbs and unpunctuated texts. So long as they share their books. 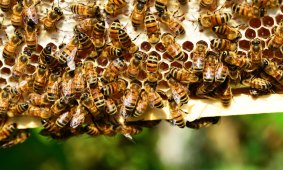 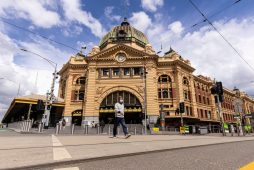