It’s autumn in the bookshop. I’m wearing a cardigan and my bare legs prickle in the cool morning. The sky outside on Hindley Street is more grey than blue. The weather is changing: from perfect for reading under a big hat by the pool, to perfect for reading on the couch with a cup of tea. Jason’s regular Saturday playlist seems to suit the weather, too. “I thought I heard a Leonard Cohen track in there,” teases a regular customer. “In among the Bob Dylan.” 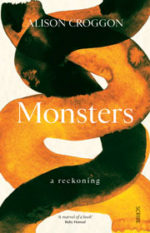 I go around the shop collecting new releases for my wishlist, which I’ll cull at the end of my shift. For the part of me that loves Maria Tumarkin and Ellena Savage, there’s Monsters (Scribe), a hybrid memoir about family, colonialism and how external forces invisibly shape us, by renowned critic and impressive brain Alison Croggon, currently arts editor of the Saturday Paper.

It’s the same part of me currently being fed by The Believer (Text), the second book from Sarah Krasnostein, author of The Trauma Cleaner, which I started reading after I heard her speak at Adelaide Writers’ Week. A book of narrative journalism about faith, belief and the stories we assemble to make sense of our world, it’s a literary excursion into the kind of territory often mined by Jon Ronson and Louis Theroux. Like them, Krasnostein is driven by a burning curiosity about the minds of people very different to herself. 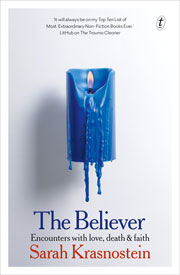 At Writers’ Week, Krasnostein described her book as being about, “People who believe things some of us might find hard to believe. Or who believe things many of us would like to believe.” She invites us into the lived experience of various believers, including Christian fundamentalists who try to use science to back up their literal belief in the Bible, UFO believers, ghost hunters, and a Buddhist “death doula” with six marriages and multiple traumas behind her. It’s a fascinating journey, with an erudite, compulsively reflective companion.

Jason’s been reading and loving Murray Bail’s beautifully crafted assembly of fragments, He (Text), which Jason calls “a fragmented, non-linear distillation of one 20th-century life”. Defying categorisation – not memoir, nor autofiction – it begins in boyhood, in suburban post-war Adelaide, moving rapidly back and forth through time (covering parents, teachers, wives … London, Bombay, Sydney), sometimes within the same paragraph, mirroring the process of memory. 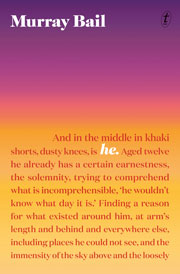 Australian Book Review called He “a record of observing”, and noted that some of these fragments had appeared in Bail’s 2005 collection, Notebooks: 1970–2003. I can’t help thinking that this book, a dual portrait of an artist and of a man told through details, might be an interesting companion read to Helen Garner’s fragmentary diaries.

Jason and I shout this conversation across the bookshop, from my ladder, where I’m dusting the top essays shelf (and scanning for likely reads), to his position at the counter below. A customer hovering at the new releases table picks up a copy of He based first on Jason’s recommendation, then curiosity to see how it might go with Garner’s diaries.

I climb down my ladder and see that she’s also buying a book I’m about to read, Hold Your Fire (Simon & Schuster), a debut short-story collection by young Australian author Chloe Wilson. The customer tells me she saw it on our Instagram account. “I really do choose a book by its cover,” she jokes. I say that I don’t, but then change my mind and concede that the cover often makes me pick it up. And yes, the cover endorsements on this one helped (Anna Funder, Sofie Laguna, Ceridwen Dovey). 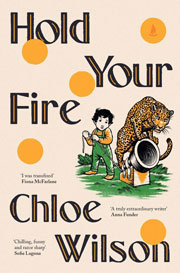 I’ll read it tonight, feet up on the couch and Haigh’s chocolate (and cup of tea) by my side. There’s a sophistication to these stories that is unsurprising when I notice that the author spent time at Iowa Writers’ Workshop. Deeply characterised, finely observed and wryly funny, these stories remind me of American writers I love like Katherine Heiny, Maile Meloy and Curtis Sittenfeld. They often have a sting in the tail, revealing unspoken truths, closely harboured or hidden, with a wry humour. And many of them explore how we calibrate ourselves to fit in (or don’t) and the resulting compromises or consequences. “I don’t understand weird people,” says the judgmental boyfriend of the protagonist in the first story, Tongue-Tied. “Why would anyone want to be weird?”

Recognising the weirdnesses and vulnerabilities we conceal is at the heart of this collection. A woman who manufactures weapons and secretly dislikes her mild young son has an epiphany after a dispute at his exclusive private kindergarten. Sisters with chronic intestinal illnesses travel to an extreme residential treatment facility, where they are tested beyond their expectations. A couple buy a “murder house” cheap in an expensive neighbourhood and their next-door neighbours befriend them, and try to make them over into versions of themselves. This collection is a treat, and Chloe Wilson is a talent to watch. 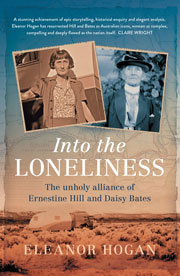 I’m excited to see, in the wild for the very first time, a book I first got to read in manuscript form. Into the Loneliness: The Unholy Alliance of Ernestine Hill and Daisy Bates (NewSouth) won Eleanor Hogan the Hazel Rowley Fellowship, presented at Adelaide Writers’ Week in 2019. And it’s here that I should declare that Eleanor is my friend, and she stayed in my driveway, in the same van she drove all over remote South Australia and the Northern Territory to research her book, when she was in town to receive her fellowship. But you don’t have to take it from me that this is a terrific book, beautifully written and intrepidly researched. Listen to Clare Wright (“a stunning achievement of epic storytelling”) or Jeff Sparrow (“an astonishing true story”). Or even Jason, who saw me looking at a pile on the new releases table and said, “I’ve been thinking I’d like to read that”.

Eleanor interrogates the legacies of controversial self-taught ethnologist Daisy Bates, known for camping with the Aboriginal people in remote South Australia and Western Australia, (particularly at Ooldea, which would be forcibly evacuated soon before the Maralinga bomb tests) and journalist Ernestine Hill, who helped Bates achieve national recognition by working with her to write her bestselling memoir. Weaving in her own perspective as a solo woman writer, and the risks and rewards of that precarious identity, she reveals the determinedly unconventional Hill and Bates as self-mythologising creations, using the frontier Territory – and Aboriginal people – to tell stories about themselves. 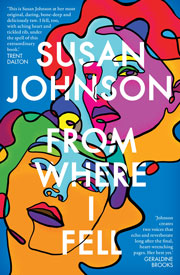 As the afternoon draws closer to evening, and Dylan continues to dominate the playlist, it’s time to take my mail, buy my books, and go home. My haul includes a new book from Susan Johnson, whose near-perfect motherhood memoir A Better Woman and hilarious dysfunctional family novel Life in Seven Mistakes I adored. Within a few days and two sittings, I will have devoured it.

From Where I Fell (Allen & Unwin) wittily explores life, love, parenting and middle age, through an accidental email relationship between two very different women on opposite sides of the world. Passionate, effusive Pamela is drowning in a life of high drama and fraught motherhood, having recently left Paris, where her ex-husband remains, to live in Sydney (in a two-bedroom flat) with their three sons, two of them troubled teenagers. Taciturn Chrisanthi, a compulsive helper over-invested in the lives of others (and drowning in their dramas), lives in suburban Schenectady, New York, with her husband, too close to her overbearing mother. As crises and small joys erupt, they confide in each other and reflect on their lives.

One thing I loved about this novel is that the dynamic is so authentic: Chris (who is forbearing but judgmental) sometimes snipes at Pamela’s oversharing, or bristles at her self-focus; while Pamela is self-absorbed, she’s also endearingly open and forgiving, and it’s she who makes the unusual relationship last. I also loved the biting humour and the many genuinely moving moments. But most of all, I loved the way Johnson, as always, delves deep into uncomfortable truths about human nature and relationships, in a way that is both illuminating and entertaining.

I’m already looking forward to recommending this book to customers on my next shift.

Touch Of The Fumbles: Our Grand Final

Your views: on parliament and pandemic