January is a strange time to be a bookseller. It’s a quiet month. The tsunami of Christmas new releases has ebbed. In its wake, a tentative trickle of new books begins the year – and the whole cycle – again. I wander in between shifts, ready to feed my book addiction, asking, What’s new?, even though I know the answer is, not much.

At this time of year, we’re mostly catching up on the books we didn’t manage to get to in 2020, or reading ahead for the new releases just announced for later in the year. 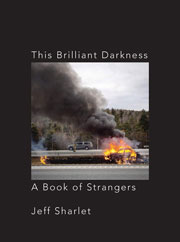 Jason has been reading a strange, beautiful little hardback book of documentary photography, accompanied by shots of immersion journalism exploring marginal lives (and driven by insomnia and night driving), This Brilliant Darkness: A Book of Strangers by Jeff Sharlet (WW Norton). He stumbled on it via a regular customer and talented reader (yes, I argue that’s a thing!), who often leads us to idiosyncratic or early reading discoveries, when she ordered the book from the US. Now it’s trickling onto our shelves, short order by short order. Jason muses lovingly on its charms from the counter as I take photographs of our display tables for our Instagram page. “It’s never going to be published locally,” he says. “But it’s just wonderful.”

Spencer tells me, on another hot afternoon when I’ve just unfurled from my bike seat and ducked under the grapevines and into the cool of the shop, that he’s bought Dark Tales (Penguin Classics), a collection of literary horror short stories by the iconic Shirley Jackson. 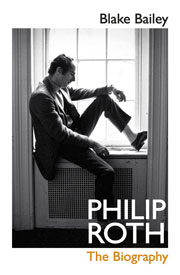 Spencer and Jason have both cited Blake Bailey’s Philip Roth: The Biography (Jonathan Cape, HB, June 2021) as the book they’re most looking forward to this year. At least, it was on the day I asked them about it. Bailey, the biographer of Richard Yates and John Cheever, was appointed by Roth himself, and granted complete access and independence. He spent years poring over Roth’s personal archive and interviewing his friends, lovers, and colleagues – and Roth himself.

I often like to read biographies in January. It was during a long-ago January, sitting in the sun under my mother’s back pergola, that I read Blake Bailey’s Richard Yates biography. Two years ago, I squirrelled away as much time as I could, between entertaining summer visitors, lying under the Largs Bay jetty reading podcast queen Karina Longworth’s biography of Howard Hughes through his women. 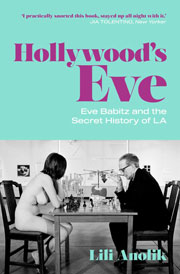 This year, I read Lili Anolik’s Hollywood’s Eve: Eve Babitz and the Secret History of LA (Simon & Schuster), published last April. It’s a book I’d eyed many a time while dusting the biography shelves, with its provocative cover image of its subject, naked, playing chess with a clothed Marcel Duchamp. New Yorker writer Jia Tolentino’s front-cover admission that she “snorted” this book and “stayed up all night with it” added to the appeal.

Hollywood’s Eve is a wonderfully charismatic and headlong-immersive introduction to cult LA writer and artist Eve Babitz, who suggested Steve Martin wear a white suit, had affairs with Jim Morrison and Harrison Ford (who she said out-womanised Warren Beatty), made album covers for ’70s artists like Linda Ronstadt, and was discovered as a writer via Joan Didion, whose vision of LA as an apocalyptic wasteland Babitz not-so-secretly loathed. 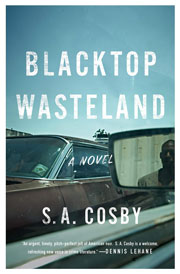 I had tried and failed to read Babitz before; this terrific book both made me realise why I’d failed (LA Woman, her most known book, is also her worst) and inspired me to dive in again. I’ve since taken Eve to Grange jetty and the North Adelaide Aquatic Centre. There’s something alluring about summer-damp, sand-gritted pages.

I was in the bookshop again this weekend, watching Megan painstakingly put together an Adelaide Writers Week’ table while I took photos and chatted to Katherine about what she’d been reading. Last time I was in, she showed me a bookstack she’d photographed, planning to read 21 books that had been in her house unread, following an Instagram challenge. But she’d changed her mind, finding the idea of pre-planning her reading like that too prescriptive. (I’d been intrigued by the goal, but would also find it impossible to live up to.)

Nevertheless, Katherine has been reading books that she didn’t quite get to in 2020 – including a crime book from last June, Blacktop Wasteland (SA Cosby, Headline) that she now wishes she’d read then. “I could have been recommending it for Christmas,” she lamented. 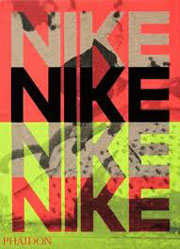 Described as “sensationally good” by Lee Child, and billed as “Breaking Bad in a high-speed collision with Drive”, Blacktop Wasteland does look like a terrific crime read. Once a notorious criminal, Beauregard Bug Montage is now an honest mechanic and devoted family man. But when his respectable life begins to crumble, a shady associate comes calling with a clean, one-time job: a diamond heist promising a get-rich payout.

All this is not to say that there are no alluring books released in January – they’re just harder to find. Which can add to the fun of it, really. January releases take bigger risks. Like NIKE: Better is Temporary (Phaidon), a lush new hardcover that offers an unprecedented, behind-the-scenes exploration into Nike’s design formula, with detailed descriptions of the design processes… and a whole lot of stunning images of iconic sneakers, sports apparel and ad campaigns. Katherine showed it to me while I was waiting for Megan to finish the Writers’ Week table. “There’s only a limited amount that came into Australia,” she told me. We’ve already sold one. 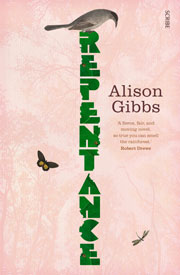 And then there are the debuts that are plunged into the void of January in order to make them stand out. Repentance by Alison Gibbs (Scribe) certainly stood out to me, and is the next book on my to-read list. It’s set in a small northern NSW town where the arrival of the hippie “new settlers” creates a rift with the old families of the area, who farm cattle and cut timber, as a battle looms over its old-growth forests. Though set in the past, this feels like a novel that’s incredibly relevant to current concerns, and tensions between jobs and the environment. And after a quick dip into its pages, the writing beckons me in for more. It comes highly recommended by both Robert Drewe (“so true you can smell the rainforest”) and Debra Adelaide.