Your gentle voice is silent now
but as I search and seek to find
the source of this wonder I learn
it is in electromagnetic waves.

Without your genius,
these voices would not be here
with me today. Once called wireless,
could you foretell its worth to me

bringing me the world outside?
Voices from bedrooms, not studios,
offering me music, stories, science.
And sharp voices asking questions.

So easy, in this past year of isolation,
to feel lost to all that feeds our lives.
Despite that awful denial of support,
performers in the arts touch hearts.

They reach me on this wavelength.
Engineers, recorders and presenters
unite the sciences and humanities
in broadcasts reviving my spirits. 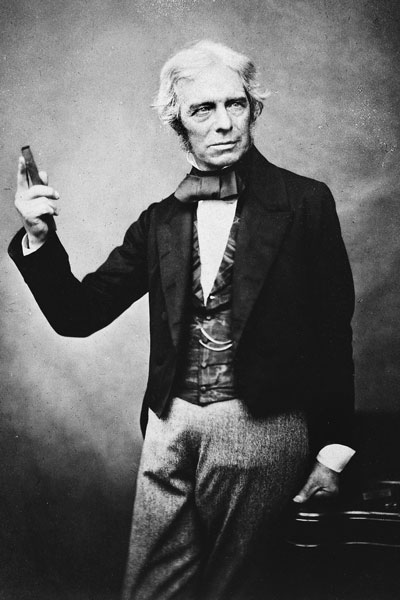 Editor’s note: Physicist, chemist, mathematician, inventor and internationally-awarded professor Michael Faraday (1791–1867) is considered one of the most influential scientists of history, despite having received little formal education. His experiments contributed greatly to the understanding of electromagnetism. Albert Einstein kept a picture of Faraday on his study wall, and Ernest Rutherford called him one of the greatest scientific discoverers of all time.

Erica Jolly graduated from the University of Adelaide with honours in history and gained her Masters in English Literature from Flinders University. She taught and held curriculum positions in secondary schools for 40 years, has been elected to the Flinders University Governing Council and Academic Senate, helped combine various faculties and schools there, and supported the recognition of teaching. She has authored five books, two on South Australian educational history, two of her poetry, and ‘Challenging the Divide: Approaches to Science and Poetry.’

Readers’ original and unpublished poems of up to 40 lines can be emailed, with postal address, to poetscorner@solsticemedia.com.au. Submissions should be in the body of the email, not as attachments. A poetry book will be awarded to each accepted contributor.