You know those schools of little fish that dart around your legs as you walk out through the shallows? They make me think of the word “flibbertigibbet”.

That’s not quite true. They make me think of the word “flittertigibbet”. Which, for a moment there at this flittery, flickery end of an exhausting year, I thought was correctly the word.

Checking the meaning of flibbertigibbets, it would be unfair to call those little fish that. OK, maybe they are “frivolous”, perhaps “flighty” (in an underwater way), but “excessively talkative”? Not at all. In fact, I don’t think I’ve ever heard one speak a word. (Unlike those loquacious crabs.)

Oh, shut up, Michael. To the point. It’s holiday time, or just about, and for me those ungrabbable little fish, in that lovely clear sea water, have always signified “holiday”. Even if just for a week, thoughts can be allowed to flitter, even flibber, around without focus, excusing yourself, if needs be, with the notion that this is the way “Eureka!” moments occur. 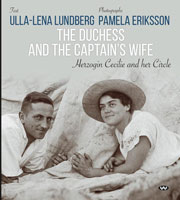 Not quite there at the beach yet, still at the desk. Not such a bad place to be, peering at images from days when four-masted barques, windjammers, from the Baltic collected wheat at South Australian ports and raced each other to deliver the staff of life, or the makings for it, to hungry British markets.

Among many terrific 1930s seafaring photos in The Duchess and the Captain’s Wife, a book we’ve just released (it includes a true love story to boot), is this one of long Wallaroo jetty, a couple on the sand, a windjammer towering behind. It looks anachronistic, like the cover of a fantasy novel, suspenseful, maybe even a horror movie poster (Ghost Ship!).

Which sends fingers flittering over keyboard on a Google hunt. Wheat trade with China? I know it’s a horror show for Australian barley – even if I’m not precisely sure what barley is – beef, wine and now coal. China’s demand for Australian wheat is surging, I learn from a recent report, but exporters here are reluctant to make deals in case wheat, too, suddenly comes under “ban”.

It reads like the world is turned upside down, with ships of state leaking, oceans apart, and liquidity under threat – while nations’ leaders flibbertigibbet, if that word can be used as a verb. Probably not – and anyway, it is too benign.

Importantly, what is happening with the Granite Island Causeway, its wood so perfect under foot yet slated for steel-and-concrete replacement? And, thoughts flittering, are political enmities behind the delayed delivery from China of Deb and Ron Kandelaars’s popular book Victor Harbor in its summer reprinting – and of Alex Frayne’s majestic new book Landscapes of South Australia, and the umpteenth reprinting of Philip Jones’s Boomerang? Christmas books all, arriving early January. 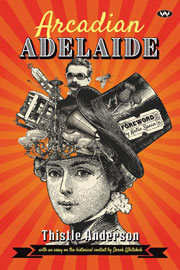 Probably just the messy state of the world’s shipping in this messy year. One book coming this week, across roads rather than oceans, is by a woman who sailed to these shores and this blue-skyed city as the 20th century dawned. In her 1905 piss-take Arcadian Adelaide, Thistle Anderson shows herself to be more deadly in her aim than a true flibbertigibbet. You’ll laugh as you flick the book’s pages at the beach, thoughts darting around: how much have we changed in 115 years, how much stayed the same?

While the year got too messy to organise a proper staff Christmas lunch, we have just now exchanged some office flibbertigibbet stories.

Maddy made us laugh as, posh-voiced, she emulated one regular telephone caller.

“Now you see, I have written these, of last week, some last year, can’t remember when entirely, but you see now I will be sending them to you, for publishing as a book, you understand, and I’d like to know how long you will take…”

“I’m sorry to interrupt,” Maddy says to her, without effect. “But our poetry program for next year is already full…”

“Yes, so will it be you who will type these poems for me, they’re very good and I’d like to bring them around to discuss with you very soon.”

“I will never forget the morning she swam in languidly, over an hour late, telling anyone assembled in reception, where I was packing boxes, that ‘I’m sorry I’m late, but I was passing through the market, and there were the most darling little cherry tomatoes … they just called to me’.

“Another time, she was missing for half the day, and turned up breathlessly confiding that she’d been with her ‘lover’. Maybe the arts used to be like that? Or perhaps being 20 was like that.” 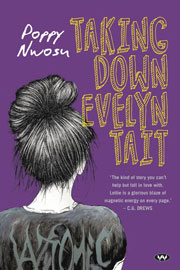 Upon group consultation, we decide that impulsive Lottie, star of author-and-staffer Poppy’s brilliant young-adult novel Taking Down Evelyn Tait, isn’t really a flibbertigibbet. She is flighty indeed, perhaps excessively talkative at times, but by no means frivolous. “Lottie may be reckless and ridiculous,” Poppy says, “but I love her anyway.” So do we all.

Poppy lives near Port Adelaide, as do her characters, I’m remembering. This causes me to flick an email to my brother Andrew – with whom I enjoy strolling in sometimes flibbertigibetty mode – requesting his world-famous scary beach story.

“Yes, it was at Largs,” he replies. “In clear shallow water, where the little fish dart, I spotted an electric-blue sea-eel lurking on the bottom. ‘Some’ may point out that I wasn’t wearing my glasses and speculate that it was just an old thong.”

I’ve never doubted him, however.

Thank the gods, should they exist, for the silly season. I hope you avoid the monsters of the depths. Merry Christmas, happy holidays, or whichever words you prefer to hear. May your ship come in at last, safe and sound.