It seems sometimes literary fiction performs a bellwether function: signalling changes; alerting us to the directions in which a society is headed.

The 2020 Miles Franklin Literary Award shortlist seems to bear this out in six novels whose topics shimmer with relevance: the continuing wounds of colonisation (for people and the environment); language and all its possibilities and failures; ditto families; and the issues that are intrinsic to fiction, like conflict and character, trauma and resilience, sex and art. And, in the case of these six novels, lost or vanished family members and the uncertain status of the dead. 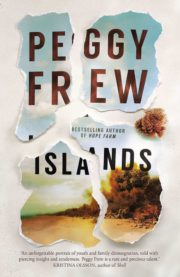 Peggy Frew’s Islands reads like a sequence of vignettes, focused through members of the Worth family and other, more tangential, characters. Frew demands and rewards a reader’s attention, because the impact of her structure is a lapidary arrangement of different voices, times, geographies.

The overall effect is of fragments of impressions, a prism that reflects and deflects the light cast by childhood: the presence and absence of the younger sister Anna, and then of the rejected mother and the incompetent father, until the remaining sister, Junie, is left almost alone, with every breath freighted by the disappearance of her sister:

Junie can look back on the past, when Anna was there. She can see, behind her, that world, where things were aligned. And then there is a signpost, a marker, which is Anna being gone. And after that the void opens … 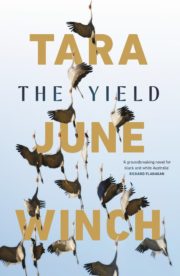 Tara June Winch’s The Yield is another story of family crisis, of a daughter gone missing, a family stranded in the midst of the enduring trauma of invasion and the newer catastrophe of environmental mismanagement. All that, and then the death of grandfather Albert Gondiwindi and the impending loss of their family home.

This sounds like an unrelieved tragedy but the novel is full of light, not least because of the writing: practically every sentence is a marvel, language that does not merely describe but perfectly fits the world of things. The characters, too, are beautifully rendered, with Albert and his widow Elsie demonstrating how one can live fully and hold close all that seems lost.

As his legacy, Albert has left a dictionary full of words from his apparently lost language, which come with advice and responsibilities:

The spirit woman was empty-handed and showed me her hands … and she said, ‘Wanga-dyung.’ ‘What’s that mean?’ She said, ‘It means lost, but not lost always.’ I said okay, and she told me to practise it.

The “not lost always” is bequeathed to his sad granddaughter August, who starts learning, as grandmother Elsie insists, “We aren’t victims in this story anymore”. 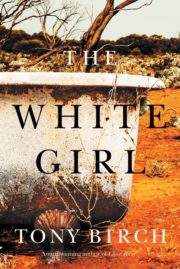 Another lost daughter, another unresolved mourning is at the heart of Tony Birch’s The White Girl, set during the period of the Aborigines Protection Act, which permitted white people to insult, assault, and confine Indigenous people without legal consequences.

Odette, grandmother of the eponymous “white girl”, has struggled to preserve her right to raise the baby, Sissy, left behind when her daughter disappeared.

She struggles to maintain dignity in the face of unremitting abuse. When a local thug says to her, “I thought there was none of your lot left around here”, she replies, “Oh, my people are still here, son … We’ve always been here and we’re going no place”.

The name Odette recalls the swan: always just out of reach, always poised, always gracious. But she is also tough and decisive. When it’s time to leave town, illegally, to protect her granddaughter, and Sissy says, “We’re in trouble, aren’t we, Nan?”, Odette merely laughs:

Trouble? Our people have been in one sort of trouble or another from the first day we set eyes on a white person. 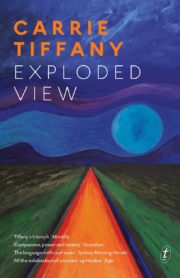 It wasn’t a good year for daughters.

Carrie Tiffany’s Exploded View works like a negative Bildungsroman, focusing on a girl who practices elective mutism because “You have to stop listening to yourself to be able to speak”.

She avoids human contact, creeping into neighbours’ homes when they are out, creeping out of her own home at night, entirely dissociated and alone. This is not surprising given her backyard mechanic and abuser “Father Man”; her Mother who escapes into fantasies; her isolation from friends and protectors.

She identifies with car bodies and engines but also assaults them — dropping sewing needles into their delicate moving parts, hacking holes into pipes. She insists, “There are many happy times in my family”, but her example of a happy time is only the hunt for Mother’s lost contact lens.

There seems little hope in the exploded view this novel offers of abused adolescents, but it is leavened by her determination not to cave in: “You are only lost to others”, the unnamed girl? observes, “not inside yourself”. 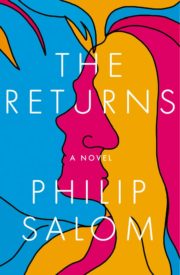 In The Returns, Philip Salom produces what in some lights reads like a meta-fiction.

Salom is a poet, and great swathes of this novel show this lineage:

[S]o many people want art to be romantic gestures and a clutch of the bowels, a dazzle born of insanity (first), suffering (second) or heroin, or beautiful lovers or genius from the fucking stars. Oh, art! Our body is made of stardust! No, it’s not.

Set in a slice of Melbourne struggling for recognition, between the dog shit and motor accidents and incompetent criminals, the cool eye of the painter and the cool voice of the editor deliver a cocktail of tenderness, irreverence and sometimes laugh-out-loud humour in the face of what feels a little like disaster. 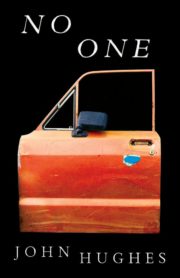 John Hughes’ No One follows the lonely narrator through his attempts to determine who or what he hit while driving past Redfern station one night. He can’t resolve the problem: there is no data to work with, and the absence in this accident operates as a sort of allegory for his life. He cannot, after all, resolve his own history – his lost homeland and parents, his invisibility.

“It’s like we walk on water”, he says, “so little trace do we leave of ourselves.” Even the strange relationship he develops with a young woman he calls the Poetess – one who carries the scars of her own abusive past – is built on water.

The narrative also seems an allegory of Australian history. Speaking of his history lecturer, he recalls:

You can’t alter historical injustice in the present, he said. Two hundred years after the fact – he was talking about colonisation – the crime continues, only it’s a criminal-less crime now, which means it can never be solved.

While this novel is desperately sad, the writing is exquisite, and the narrative offers the promise one can adapt; it is possible to achieve at least small moments of resolution.

The winner of the Miles Franklin will be announced on Thursday, July 16.

Jen Webb is Distinguished Professor of Creative Practice in the Faculty of Arts and Design, and Dean, Graduate Research, at the University of Canberra. She is also a poet. This article is republished from The Conversation under a Creative Commons licence. Read the original article.