Twelve days ago is a different era, in this strange new coronavirus age.

Twelve days ago is the last time I was behind the bookselling counter. At the end of Adelaide Writers’ Week (remember when hundreds of people gathering in the parklands at close quarters was a good thing?), I took a leisurely week off.

Then, on my last day of holidays – Friday, March 13 – the school-closure rumours started. Just after 5pm, my husband and I closed our newsfeeds, put down our phones, and went grocery shopping. The day after that, there were queues in Adelaide supermarkets.

Imprints is open for business, and will remain so until the government advises otherwise. In the shop last week, customers came and receded in waves of isolation book-buying.

Late last week, we started offering free home-delivery to our Adelaide and North Adelaide customers. I was one of them – Katherine delivered my special order to my verandah, just over the North Adelaide border. This weekend, we extended home delivery to span from Bedford Park to North Adelaide, and the beach to the foothills.

I’m working from home on our social media. We’re adapting to the changing landscape every day.

Meanwhile, the March new releases are on the shelves, and during my pre-pandemic week at home, I devoured five new books by Australian women writers. As events are cancelled and authors lose their income, a large part of which comes from talks and teaching, it’s most important than ever to support home-grown talent. (Even in good times, authors make an average of $12,900 a year – an average that includes the Andy Griffiths and Liane Moriartys at the top.) 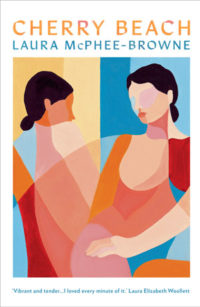 Lolling on the lawns of Adelaide Aquatic Centre (now closed), under a late autumn sun, I lost myself in the exquisitely angsty, atmospheric Cherry Beach (Text, February, $29.99) by debut Melbourne author Laura McPhee-Browne. The novel opens on a snowy Toronto beach, and dives deep into the intense friendship between insecure fringe-dweller Ness and her best friend (and crush since childhood), the bewitching, precarious Hetty.

As they settle into a sharehouse of Toronto creatives, Hetty drifts into a dark nightlife and Ness unexpectedly blossoms in her absence, finding love in an art gallery and friendship all around her – until Hetty’s downward spiral threatens to take everything down. In its piercing exploration of complex relationships and heady post-adolescence, its wry observer-narrator, and immersion in the world of art and books, this gorgeously written novel reminds me of Sally Rooney, with a dash of Curtis Sittenfeld’s Prep. 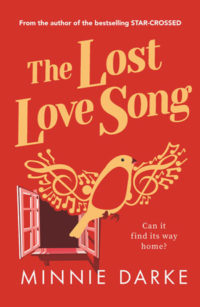 I’m going to level with you about Minnie Darke, author of The Lost Love Song (also read at the Adelaide Aquatic Centre): it’s a pen-name for Danielle Wood, whose collection of contemporary satirical fairytale twists, The Mothers Grimm, I adored (Wood also won the Vogel for her debut novel, The Alphabet of Light and Dark). The Lost Love Song (like the first Minnie Darke novel Star-Crossed) combines the page-turning plot and genre pleasures of commercial fiction rom-com with the perfectly carved sentences and depth of characterisation you’d find in a literary fiction writer’s toolkit. Which is perhaps why Darke’s fans include Heather Rose and Kerryn Goldsworthy.

The Lost Love Song is ideal escapist reading right now: it involves something benevolent – a love song – that goes viral and travels around the world, unwittingly carried from one accidental listener to another, from a Melbourne townhouse to a Singapore hotel lobby, to a London lounge room, a train station in Edinburgh, a Vancouver busking spot, a Perth radio station, and Hobart in the midst of Dark Mofo.

The song, written by classical pianist Diana for her fiancé Arie, will influence fledgling poet Evie to leave her bad relationship in Scotland and fly home to Australia, vowing to one day find genuine connection with someone who treats her like she matters. It also cements adolescent first love on a music camp, connects a single father and his daughter, and more. What better time to read about the power of art to change lives than when its survival is under threat? 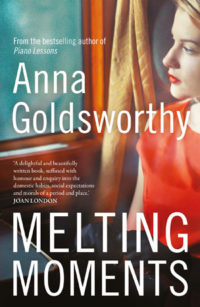 Adelaide author Anna Goldsworthy is equally known as a beautiful memoirist (Piano Lessons is one of my favourite Australian memoirs) and as an accomplished concert pianist. And now, with her debut novel Melting Moments (Black Inc., March), set in Adelaide spanning 1941 to the 21st century, she proves that she’s also a stunning novelist.

Melting Moments opens with Ruby, a typist from country SA, boarding on Prospect Road during a time of rations and war, enduring endless meals of mutton. When she meets handsome, practical, reliable Arthur Jenkins at a dance, he quickly decides she’s his future wife, and she “has always liked him well enough”. They marry just before he’s off to war, and the novel follows them through their separated first two years of marriage, then their first house, children, and over the cusp of the 20th century, into the one we inhabit.

I loved being immersed in the Adelaide of the past and the headspace of Ruby, who balances a romantic streak, a passion for beauty and an attraction to charisma with an orderly practicality to match her husband’s, and a reserve that was typical of her generation. This is a wonderful novel to lose yourself in just now, and Anna’s wry wit, deep compassion for her characters and fine social observations make for excellent company. 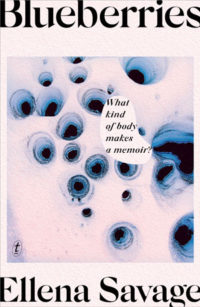 In bed with coffee and toasted hot-cross buns, I criss-crossed the world with Ellena Savage’s memoir-essay collection, Blueberries (Text, March, $32.99). A bright girl from a bohemian household in a working-class Melbourne suburb that’s now firmly gentrified, Savage reflects on the places, people, books and art that made her – and the realities of committing to life as an artist, with the material sacrifices that entails, including leapfrogging all over the world to live in places cheaper than Australia. She also acknowledges the privilege inherent in being able to make that choice, including living on land founded by violent dispossession.

Savage plays with form like a poet, and excavates the roots of her experience with an impressive generosity and fierce intelligence that mirror her mentor, Maria Tumarkin, who launched the book in Melbourne in the days before the world was irrevocably changed. Fans of Tumarkin (who won the $US165,000 Windham Campbell Prize last week for her masterwork Axiomatic) and Jia Tolentino should hunt this down … and luxuriate in a recent past where whiplash-inducing international travel was an option. 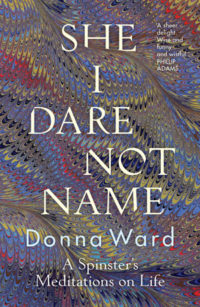 Finally, I sat under the jetty on Semaphore beach on a 30-degree day, watching a dolphin duck and weave by the fishing rods as I read Donna Ward’s She I Dare Not Name: A Spinster’s Meditations on Life (Allen & Unwin, March, $29.99). Donna owns the word “spinster”, even as she critiques the recent books that have cast spinsterhood (though she doesn’t name names, Kate Bolick’s Spinster and Rebecca Traister’s All the Single Ladies come to mind) as a fashionable, liberating singledom chosen as a transitory phase before marriage or coupledom, or a deliberate rejection of sharing your life with an intimate other. These definitions, she says, are false and misleading, and fail to represent lives like hers.

Ward, a former small publisher, literary magazine editor and social worker, reflects on how she came to live a solitary life and what it means to be truly alone (despite a rich network of friends): to inhabit silence, often for days; to live outside the binds of family ties. She is frank about what she gains (not relinquishing her essential self to compromise) and loses (the kind of intimate companionship where you are the priority in someone’s life) from this scenario. Complex and authentic, beautifully written, this manifesto will be a thoughtful companion during a time when many of us will be learning to live alone – and serves as a reminder to regularly check in on the people we know who do.

Other recommended isolation reads: the last in Hilary Mantel’s Wolf Hall celebrated trilogy, The Mirror and the Light (Fourth Estate, HB; normally $45, our special price $34.99), is here – and it’s a brick of a book. Historical literary fiction at its finest.

There’s a new Anne Enright, Actress (Jonathan Cape, $29.99). And crime fans, there’s a new Dervla McTiernan, Good Turn (HarperCollins, $32.99), involving police corruption, an investigation that ends in tragedy and the mystery of a little girl’s silence -­ three unconnected things that will prove to be linked by one small town.

Twelve days ago, my Saturday shift started with a long chat with a US traveller on his way to New Zealand, looking for local reads. That week felt like any other. A regular customer told me about the time he almost amputated his own toe, then bought his latest special order. A couple from York told me about the second-hand bookshop near them that sells antique editions of Alice in Wonderland, then we looked through bird books and talked about how lucky we are in Australia to regularly see rainbow lorikeets and galahs. Another regular told me the details of a recent literary scandal and bought a book I recommended, promising to come back and discuss it. And another told me he’s loving Peter Carey’s True History of the Kelly Gang, even though he has no interest in Ned Kelly, and we talked about whether the value of a book is more in how it’s written than its subject.

I’m looking forward to more bookshop shifts like that.

Jo Case is a bookseller at Imprints on Hindley Street. You can still visit 107 Hindley Street, seven days a week, or order your books from www.imprints.com.au. Free delivery SA-wide for orders over $50, and extensive free home delivery within Adelaide.