My favourite thing about Christmas retail is the puzzle of coming up with on-the-spot solutions to people’s gift problems. When you get it right, it’s like winning a point at trivia night. (And anyone who knows me knows that I love a literary trivia night.)

The first question I get on Imprints’ annual Christmas shopping day is an easy one: what should I get for a woman in her mid-30s who reads a lot and liked Sally Rooney’s Normal People? Well! Add 10 years to the equation, and that’s a question about me.

My first suggestion is Fleishman is in Trouble, the first novel by Taffy Brodesser-Akner (Headline, June, $32.99), a journalist renowned for her brilliantly perceptive, often cutting celebrity profiles (her Gwyneth Paltrow piece went viral) for GQ magazine and now the New York Times.

Toby’s ex-wife Rachel, a social-climbing harpy of unbelievable proportions (and this is deliberate – watch for the twist), drops the kids with him in the middle of the night and then disappears. As he searches for her between sex dates, school drop-offs, and plodding towards a seemingly inevitable promotion at work, he reflects on his relationship with Rachel, and how he ended up where he has landed.

The novel is told in brilliant satirical detail, creating magnetically awful characters living privileged lives that are ultimately revealed as hollow and self-deceptive. But what’s really great is the way Brodesser-Akner writes the messiness of relationships and the social structure they exist within, particularly the different rules governing men and women, and the gulf of misunderstanding between them. It’s a great, entertaining, smart, funny and sad gulp of a novel. 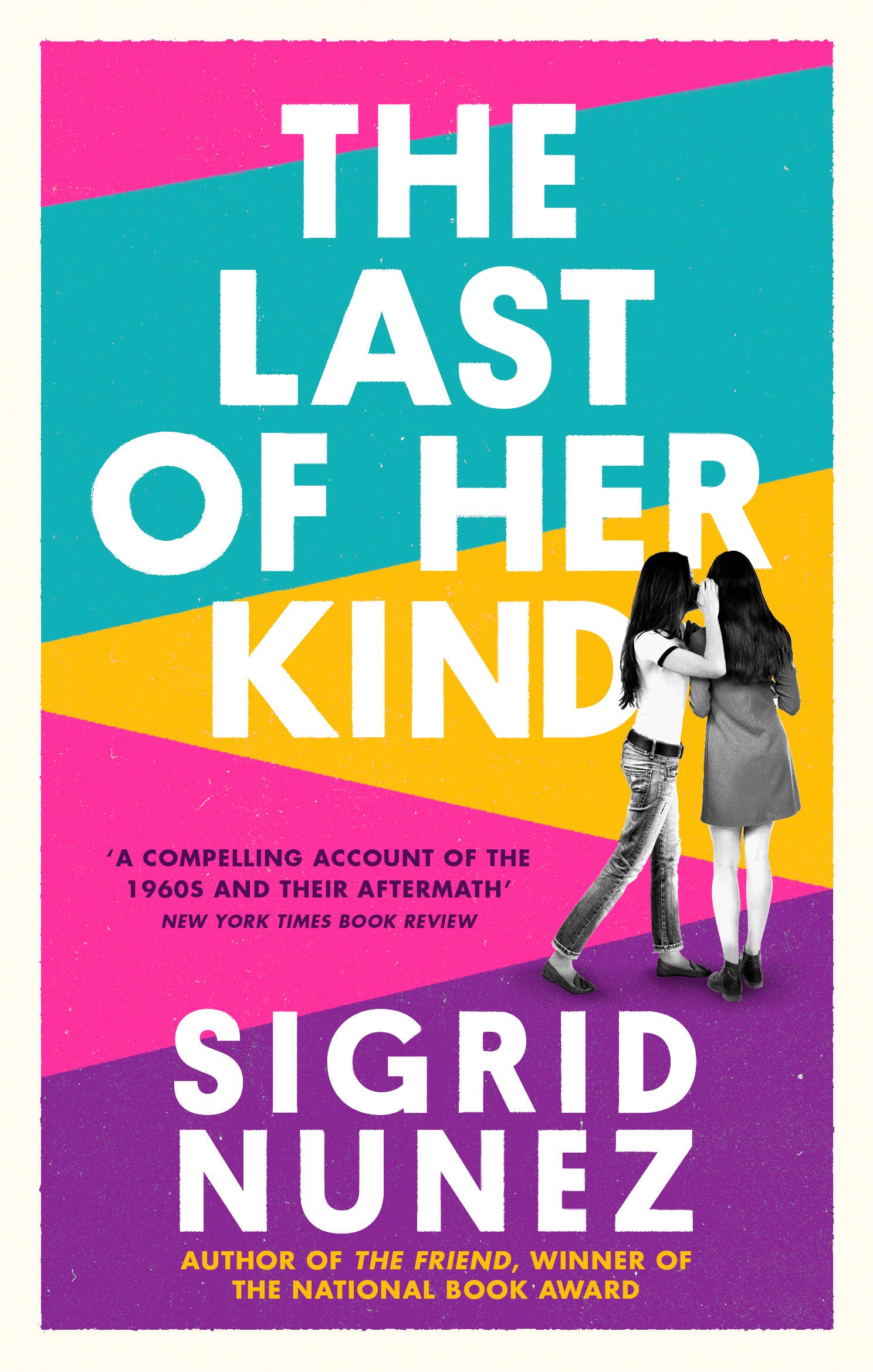 The customers take both that book and my alternative recommendation, The Last of Her Kind (Little Brown, September, $22.99), a re-released 2006 novel by Sigrid Nunez, whose (US) National Book Award-winning The Friend, about a literature professor’s intense, initially reluctant, connection with the dog bequeathed to her by a recently deceased lifelong friend, was a huge hit last year. I started reading The Last of Her Kind while sick in bed in the depths of this interminable (lingering) winter, and only got up for more cups of tea with honey, or to replenish my tissues.

Set in the dying days of the 60s, it’s a novel about two mismatched Columbia college roommates who grow together and then apart, in sync with the defining events of the decade. Privileged (and guilty about it) Ann requests a roommate from a different background to her, and gets George, whose upbringing in a violent household, older brother in Vietnam and teenage runaway younger sister are all fascinating to Ann, but something George herself only wants to escape.

As Ann dives deeper into radical activism, George moves towards and then away from it, instead finding comfort working in women’s magazines. And then, after a rift explodes between them, Ann is convicted of killing a cop. The pleasure of this novel is in the rich detail of its writing, and the way it evokes a time and place, but it’s also an excellent exploration of class and of friendship. 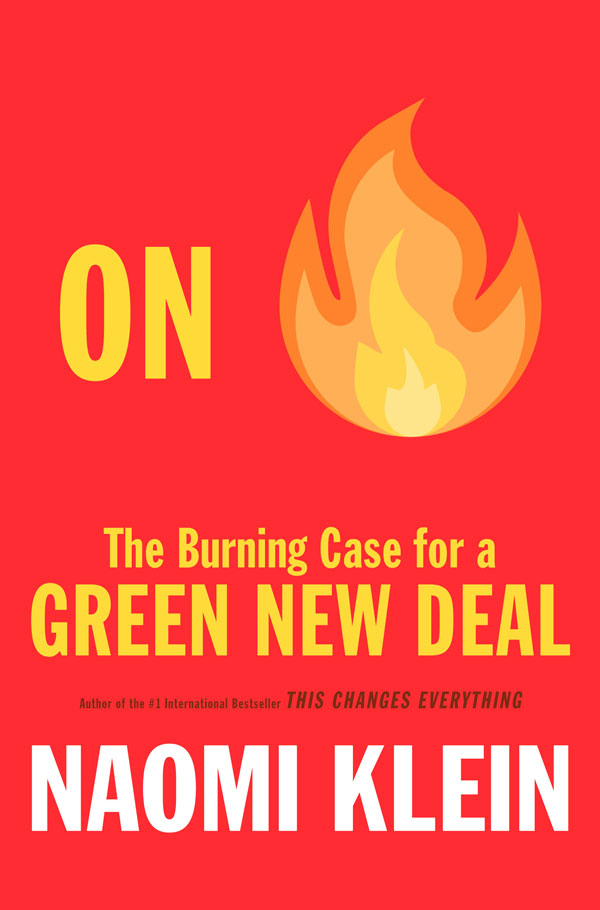 When I see a customer hesitating by the shelves, consulting a copy of our Christmas catalogue, the Summer Reading Guide, I know they need help (well, usually). During my last shift, I asked the question of a familiar-looking woman who turned out to be looking for a birthday present for her husband. (I’m almost certain she was familiar because I helped her with the same dilemma last year, which felt like a nice symmetry.) The puzzle? A present for an avid reader who’s into science and American politics, with a particular current interest in climate change.

The first book I picked up, on my way past current affairs to the science section, was Naomi Klein’s On Fire: The Burning Case for a Green New Deal (Penguin, September, $29.99), a collection of essays arguing for urgent political and policy action on climate change. Klein, who made her mark with the anti-consumerism blockbuster No Logo in 1999, has continued to chart the destructive extremes of no-brakes capitalism ever since, concentrating her articles and books on the coming climate change catastrophe in recent years. 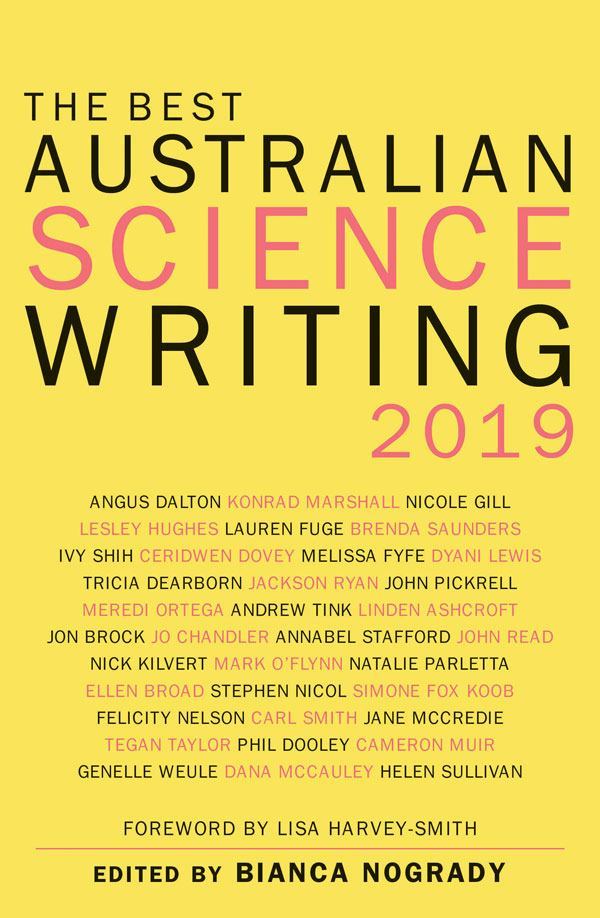 And another good one for the science reader who just might have everything is Best Australian Science Writing 2019 (edited by Bianca Nogrady and Lisa Harvey-Smith, New South, $29.99), a great selection of the best essays and articles by Australian science writers, on subjects ranging from outer space to the ocean, to wedge-tailed eagles.

A few weeks ago, a customer bought She Said (Bloomsbury, September, $32.99), Jodi Kantor and Megan Twohey’s account of their Pulitzer Prize-winning investigation of Harvey Weinstein’s alleged systematic, decades-long abuse of women, with his victims including Miramax and Weinstein Company employees, aspiring actresses and models, and Hollywood heavyweights like Gwyneth Paltrow and Ashley Judd. 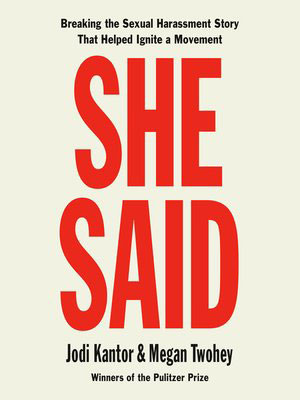 Are you confused? I was. I couldn’t figure out which piece actually broke the story, how the two Pulitzers were awarded, or which was the definitive account. If you’re going to read one book about the Harvey Weinstein debacle and #metoo in Hollywood, which should it be? The only way to answer these questions, I figured, was to read them both.

The first, easiest, answer, is that the Pulitzer Prize was jointly awarded to both investigations, which had been conducted parallel to one another, with some crossover in their findings and sources. And what’s the difference between the books?

She Said has the advantage of being a book about #metoo investigated by two women, one of them (Megan Twohey) with a background in investigating sexual assault cases, including covering Trump on the campaign trail. And Kantor and Twohey were able to get Weinstein Company executives, like its vice-president of accounting Irwin Reiter and brother Bob Weinstein, on the record. But it’s written in third-person, to avoid the awkwardness of two “I”s, which has the effect of distancing the reader from the investigation, leaving us on the outside. It reads like a long New York Times report, with its asides contextualising the way the reporting was done feeling like DVD extras. 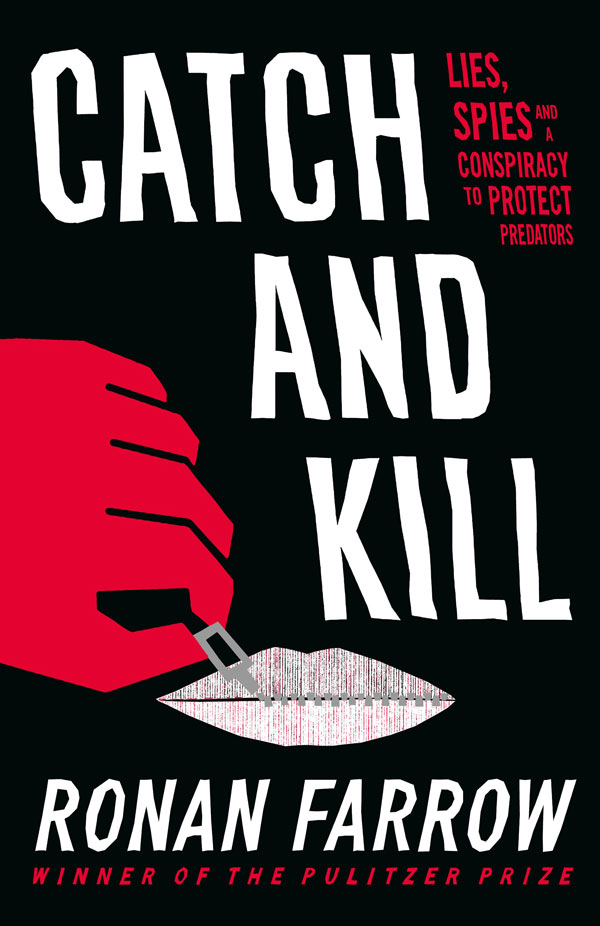 Catch and Kill, on the other hand, sucks us right into Ronan Farrow’s first-person perspective: we’re with him as his obsession with the Weinstein case affects his long-term relationship, as he’s stalked by Israeli operatives hired by Weinstein to spy on the reporters covering him, and as his employer, NBC, offers him surface encouragement while increasingly working to undermine the story, until he’s eventually invited to take it elsewhere. And then, we’re with him at the New Yorker, where editor David Remnick is instantly committed to it.

While Farrow has the disadvantage of being a man reporting on an issue intimately affecting women, he brings another valuable perspective to the story: his sister, Dylan Farrow, has publicly accused their father, Woody Allen, of sexually abusing her. The emotional core of this book is the way her experience, and his feeling of having failed her (despite having publicly supported her, along with their mother Mia Farrow), drives him past his breaking point. It moved me deeply.

Catch and Kill is not just a story about Weinstein and the institutional abuses of power that made it possible for him to flourish as an open secret for so long. With its story-within-a-story about Farrow’s fight to continue reporting it, and his eventual discoveries about the sexual abuse problems embedded at NBC that compromised his ability to take Weinstein public from the start, Catch and Kill is a journalistic thriller that will appeal to fans of the genre – the All the President’s Men of the #metoo movement. And it reveals Ronan Farrow as a superlative storyteller, as well as an excellent journalist.

Unfortunately, no one has asked me to explain the differences between the two books, as I’d anticipated they might. But I can live in hope.