It keeps you moving, this work, and sets the mind wandering.

To Minlaton, Yorke Peninsula, sometime “barley capital of the world”, where many hundreds have gathered for a weekend’s celebration of the town’s favourite son, Harry Butler, who a century ago made the southern hemisphere’s first airmail flight over water, from Adelaide to Minlaton. 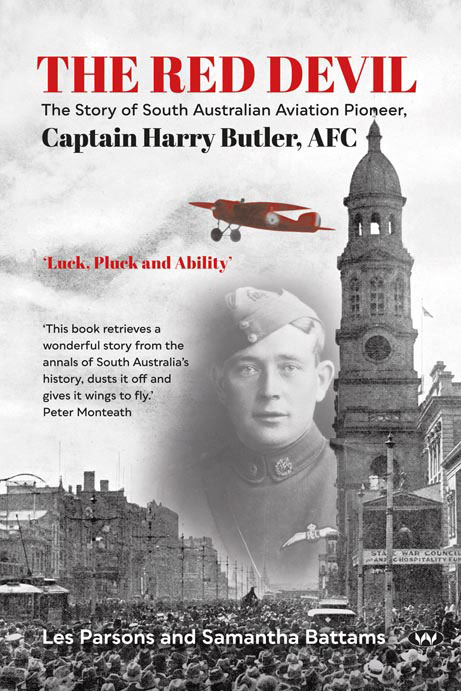 The town hall is jam-packed for the launching of our Harry Butler biography, Red Devil by Les Parsons and Samantha Battams, and the country cooking is magnificent. In a quieter moment, on a green field not far away, Governor Hieu Van Le unveils a plaque at the spot where young Butler later crashed his plane, suffering hideous injuries that later ended his life.

His Excellency speaks excellently and eloquently, and I’m thinking, thank god we didn’t turn back the boats when he and 40-odd fellow “boat persons” set out for Australia’s refuge. That was 40-odd years ago, and I’m wondering if we’re just crueler now, or if we’ve always been cruel.

There’s nothing cruel, but much disruptive, about photo-artist Rachel Harris’s exhibition at the Hahndorf Academy, Was ist los Hahndorf!. Rachel adds dashes of “now” to old photographs of the town and its denizens. “I hate Thai food. I just want pizza!” says grumpy Mathilde in a 1890s family photo, takeaway containers on the table, Uber Eats bag chucked in the corner.

The works are funny, putting a smile on the dial of even my hard-to-please brother, and are often, especially as you keep looking, socially pointed. “I’ve always found humour the best way of getting a message across,” Rachel tells me. 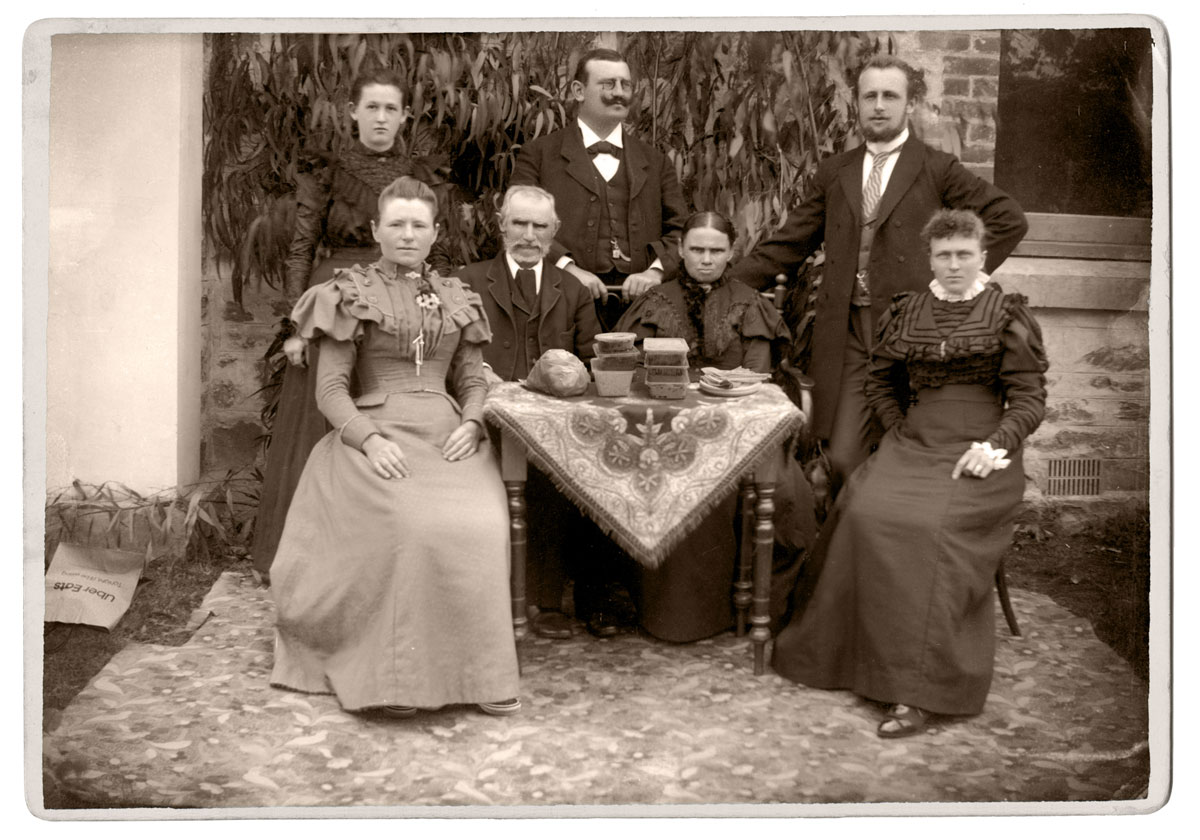 Always out voted: Mathilde hated Thai food. She just wanted a pizza. From Was ist los Hahndorf! by Rachel Harris.

Playful humour dwells, too, in artist Louise Haselton’s enigmatic sculptural works. Check them out in her survey exhibition Like Cures Like, at Samstag Museum of Art on North Terrace, where you can also grab an advance copy of her lovely SALA monograph, Louise Haselton: Act Natural.

Peering at Louise’s works – so carefully constructed from collected materials, apparently often for use – somehow immanent but beyond understanding, I can’t help remembering how as a boy in the backyard, I spent hours making out of bits and pieces what I thought might be an ingenious fox lure and trap. Not that there were foxes in Tusmore Ave, Leabrook, and not – I then realised in dismay – that my alleged trap was functional in the slightest. Nor, unlike Louise’s works, did it hold allure for the eye. Normally this memory-picture recurs to me only when I’m weary and stuffing things up, I tell curator/author Gillian Brown, who laughs: “I know that feeling!” 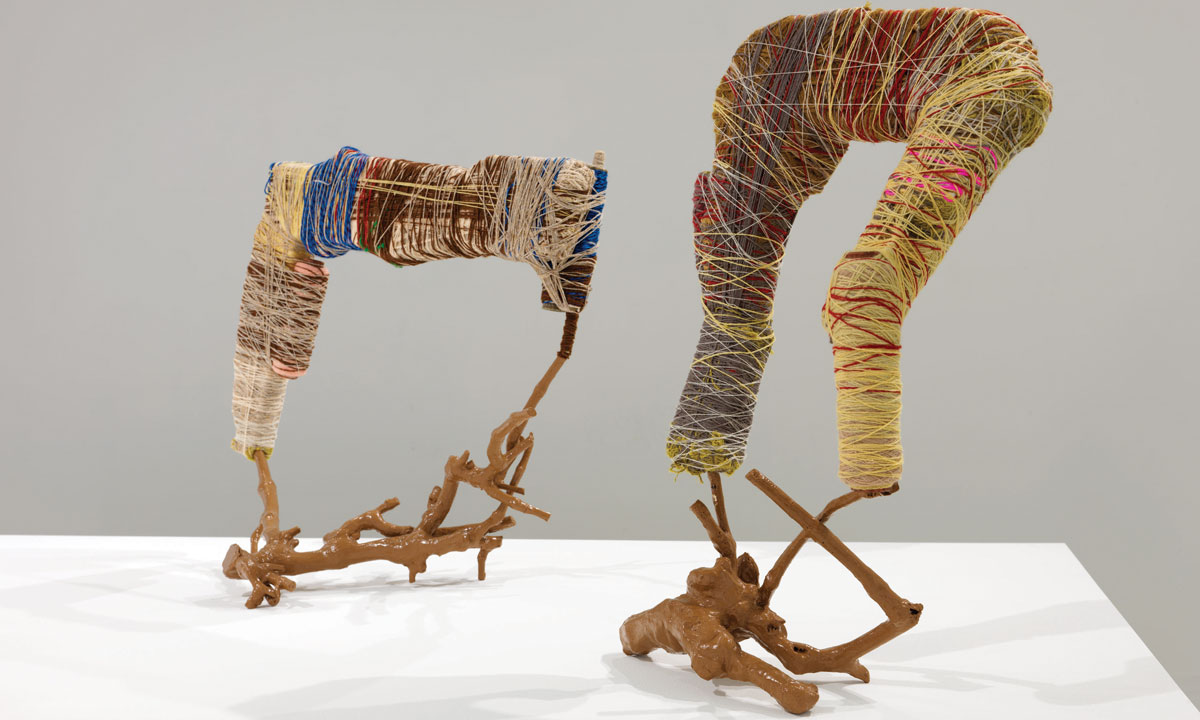 Last words, extinguishing words, on Louise Haselton’s art come from Ken Bolton’s poem included in the SALA monograph: the “art world comes out / loves it, but has not / the words – it doesn’t / need words, require words / it is greater than that, it / just is”.

Many men (especially) tried to shut down pioneer Mary Lee’s words, her biographer Denise George tells us in an engaging talk for the Friends of the Adelaide University Library. But Mary Lee would never shut up in her battle for women’s rights, and the words of this  “turbulent anarchist” resonate as the 125th anniversary of SA’s women’s suffrage looms.

When Mary Lee arrived in this place she was 59, around my age (well, a year younger).  Even if I’m blessed like her with another three decades, there’s no way I’ll achieve so much, if anything, by way of social good. But books, let’s hope, have power to influence, annoy, entertain, and inspire. 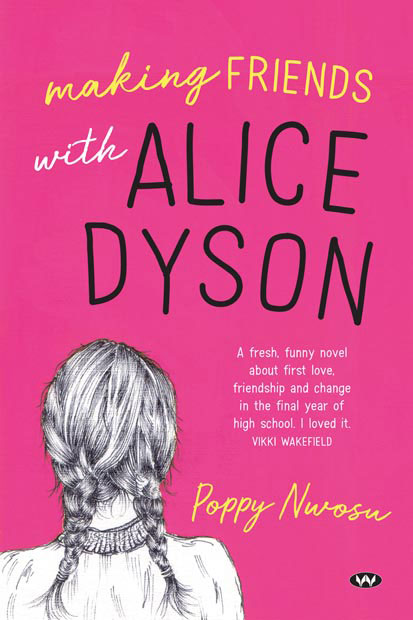 Inspiring is the word for debut author Poppy Nwosu’s opening speech for the Salisbury Writers’ Festival. Poppy’s young adult novel, Making Friends with Alice Dyson, has enjoyed a dream run since we published it earlier this year. The mighty big Walker Books (USA) acquired world rights in the book from Poppy and us just last month, and will publish it in the new year.

Poppy’s novel reads like a breeze, like perhaps she dashed it out in a night and emerged next morning a fully-fledged, engaging, successful author. The story she tells us, however, is one of rejection after rejection, abjuring then accepting advice, five o’clock mornings to write before work, writing and rewriting until the trick works.