Titled Don Dunstan: The visionary politician who changed Australia, and published this week by Allen & Unwin, the biography by history professor Angela Woollacott is a comprehensive account of the former SA premier’s life, from his rise to high political office and the social reforms and arts culture he championed, to his personal life and post-politics career. 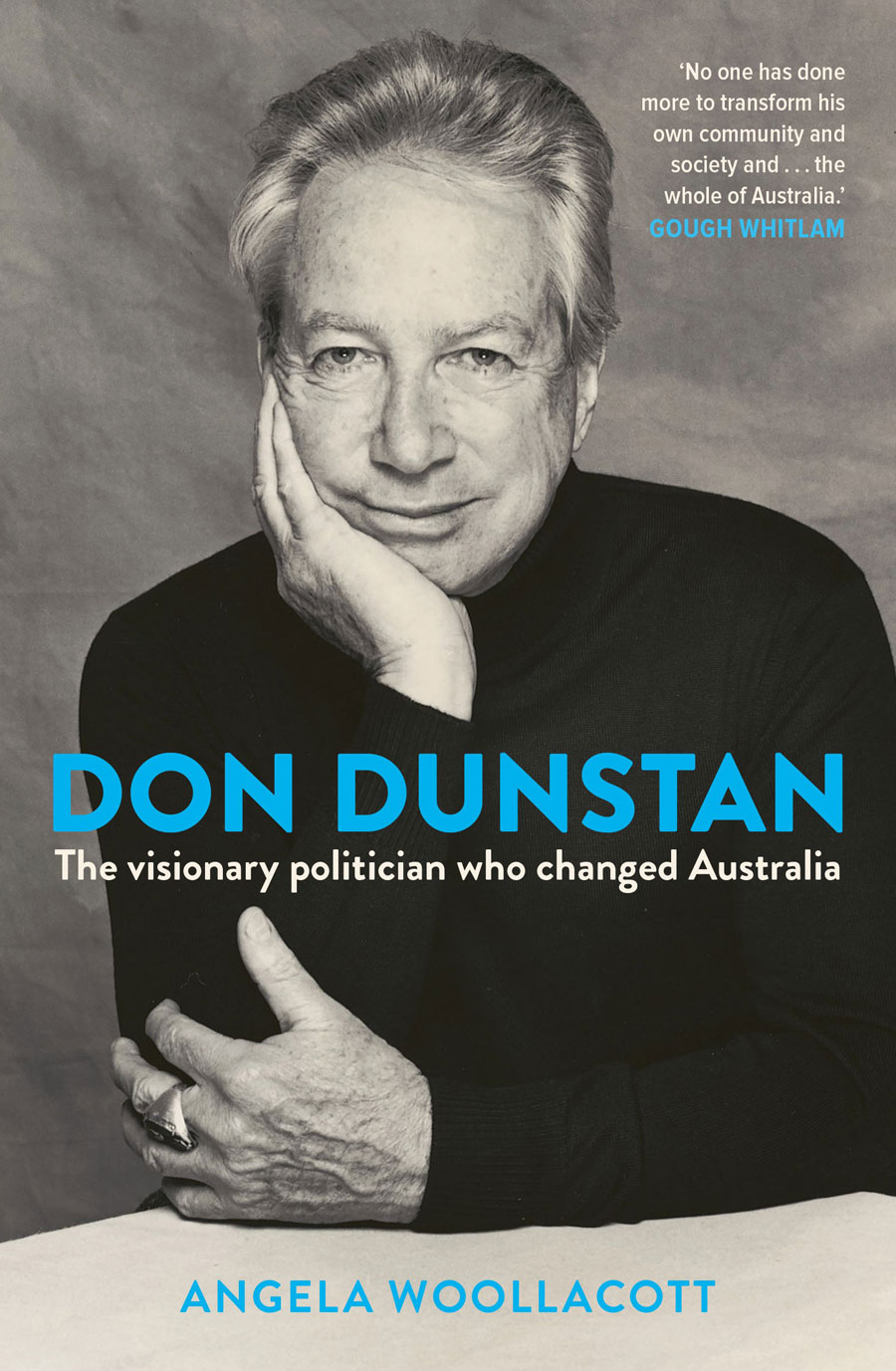 It’s tempting to survey Dunstan’s life after politics and to conclude that he never again held a role that challenged him properly, or made the most of his abilities and his stature. There were two possibilities that would have suited him admirably, but they slipped away due to his health and, arguably, the ALP’s nervousness about him. While he was in Perugia in 1979, he was approached to become secretary-general of Amnesty International, a role that would have utilised his passion for human rights and civil liberties. He rang Mike Rann in Adelaide, and asked for his help in arranging six high-flying referees, including Gough Whitlam. Rann phoned Whitlam, and together they worked out a list. But a day or so later, Dunstan phoned again, saying to drop the whole thing — he’d been told that if he took such a stressful job it would kill him.87 Then in 1983, soon after the election of the Hawke government in which Bill Hayden was Foreign Minister, the federal ALP promised him the position of Ambassador to Italy, which would have been fitting and which he would have loved. But the offer was withdrawn with no explanation, and he was bitterly disappointed.88

After he returned to Adelaide in 1987, the Bannon government did not ignore him — but its offerings were fairly minor. In June 1988, Minister for Aboriginal Affairs (and MP for Norwood) Greg Crafter commissioned Dunstan to study and report on the governance of Aboriginal lands, whether local government approaches should be applied and possible options for community government.89 Dunstan’s work included a trip to the Pitjantjatjara and Maralinga lands; he submitted his detailed report the following July.90 And the government appointed him as chair of the board for JamFactory, which he had established, a position he enjoyed from 1990 to 1994. David Combe, who had been on Dunstan’s staff and gone on to be ALP national secretary before a dramatic downfall in 1983, when he was accused of being involved with a Russian spy, believes that one reason for Dunstan being passed over by the party both nationally and in South Australia was his public defence of Combe.91

He was ready for more, including global roles. In 1987, he said that he was more radical in his views than he used to be, such as on the United States and foreign policy. He had become very critical of the US alliance and the arms race, and now thought he had been wrong decades earlier, when he served on the ALP’s foreign policy committee and recommended accepting the North West Cape base as part of Australia’s alliance with the United States.92 By 1987, he had served for five years as Australian president of the Freedom From Hunger campaign, and would later chair Community Aid Abroad with which the campaign merged (and yet later would become Oxfam Australia).

Over the next several years, Dunstan became one of Australia’s most prominent voices on issues relating to neighbouring Pacific nations — returning to one of his areas of deep interest. In September 1968, he had devoted his H.V. Evatt Memorial Lecture to Australia’s relations with the Pacific Islands, especially Fiji. Ten years later, while Premier, he was invited by the Prime Minister of Fiji, Ratu Sir Kamisese Mara, for a week-long visit. He was treated as a dignitary and with lavish hospitality, visiting several parts of Fiji including his home town, Nausori. The fact that his childhood friend, Kaur Battan Singh, was now a Fijian senator was likely a factor in the visit.93 So it was fitting that in October 1987, Dunstan headed a small delegation on behalf of the Evatt Foundation to several Melanesian nations, to study their social and economic conditions.94

In the wake of the military coups in Fiji on 14 May and 25 September 1987, Dunstan became president of the Australian branch of the Movement for Democracy in Fiji, and chair of the Fiji Independent News Service, which published Fiji Voice out of Sydney to publicise events following the coups.95 A democratically elected coalition of the Fiji Labour Party and the largely Indian National Federation Party had been thrown out at gunpoint by a military gang led by Lieutenant-Colonel Sitiveni Rabuka, who had links to the defeated Alliance Party. In 1987, Dunstan tried to visit but was refused entry by the regime. In May 1988, he visited as one of a delegation of three from the ALP. Just as he had done in Cyprus in 1957, Dunstan and the others in the delegation spoke to a wide range of Fijian citizens. In his foreword to a book about the coups, Dunstan wrote that the situation they found was ‘horrifying’:

[A] militarised police force and a politicised, racist military are being used as instruments to harass and threaten ordinary citizens and their families. The litany of beatings, cruel and inhumane treatment and the constant threat of such things appalled us during our visit . . . In the proposals for a so-called new constitution the Indian population and effectively the Fijian commoners — other than a small coterie approved by the regime — will be disenfranchised. Rule in Fiji is to be provided by the military regime supporting a government selected by an oligarchy dominated by the old eastern confederation of Fijians … The consequences for the ordinary resident of Fiji are tragic — not merely the loss of human rights, but widespread poverty, hunger and malnutrition.96

On its return, the delegation recommended that the ALP call on the Hawke government to consider imposing sanctions against Fiji. Further, the government should formally express its disapproval to the Fijian regime of its removal of a representative parliament and of political and civil rights. Australia should oppose Fiji’s re-entry to the British Commonwealth until democracy was restored, should not give Fiji any military aid, and other aid should be monitored to ensure it was used for development.97 In July 1988, Dunstan called on the Hawke government to prohibit Rabuka from visiting Australia, citing his regime’s abuse of human rights.98 In general, he was disappointed with the Hawke government’s response to the Fiji coups.99 Dunstan’s role in speaking out against the regime caught international attention.100

He continued to speak out about Fiji and other Pacific neighbours. In November 1987, at a Sydney conference on human rights in the South Pacific, Dunstan warned the leaders of Papua New Guinea that they should do more for their own people, or they may face a coup like Fiji. This concern was based on what he had seen during his October visit there for the Evatt Foundation.101 He gave invited public lectures on Australia’s responsibility for human rights and economic development in its region, such as one at the University of Tasmania in August 1988, and another to the Institute of Municipal Management in Canberra in May 1990.102 And an essay by Dunstan on the same topic was published in the journal Social Alternatives in 1989.103 In October 1990, the Australian section of the International Commission of Jurists issued a statement condemning Fiji’s new constitution as unrepresentative and discriminatory; Dunstan was among the small number of prominent Australian signatories.104 And in 1995, the Fiji Labour Party nominated Dunstan to serve on the nation’s upcoming Constitution Review Commission, but the position went to ANU’s Professor Brij Lal instead.105

In these same years, the late 1980s and early 1990s, Dunstan’s international activism for human rights and democracy, and against systemic racial discrimination, also embraced southern Africa. In October–November 1989, Dunstan spent a month in South West Africa (now known as Namibia) as part of the official United Nations team of election observers. The elections of 7–11 November 1989 for a constituent assembly were overseen by the UN, following the withdrawal of South African troops. It was a key part of the process towards Namibian independence in March 1990. Dunstan would tell a friend that his role was ‘to keep an eye on any tricks the South Africans get up to in the Namibian elections’.106 He had been invited to undertake this role due to his prominence as an Australian activist in the campaign to end apartheid in South Africa. 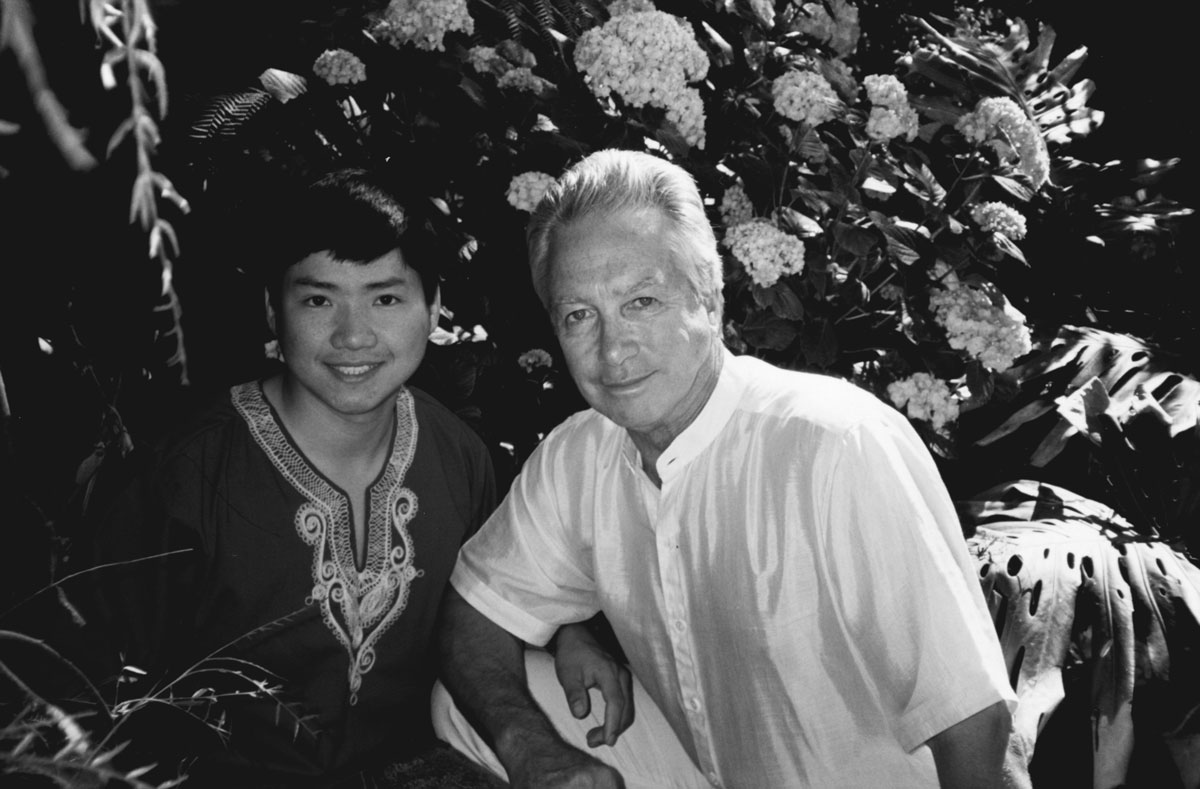 From 1987 to 1993, Dunstan served as president of the Nelson Mandela Foundation of Australia, whose goals included working towards freeing Mandela from gaol and ending apartheid. In 1983, the African National Congress sent Sonwabo Edwin (Eddie) Funde to Australia as its Australasian and Pacific representative. Funde opened a mission in Sydney to build support and raise funds. In December 1984, the African Liberation Trust Fund was launched to raise funds for Funde’s work, with support from ALP leaders including Dunstan. Then in January 1987, a committee formed in Adelaide to support both the ANC and the South West African People’s Organisation (in what became Namibia); Dunstan was involved. In August 1987, a new organisation, the Nelson Mandela Foundation, was formed with Dunstan as its Australian head, and was launched in Sydney in May 1988. The Foundation focused on fundraising, building solidarity for the movement and supporting the visits of ANC leaders; it had bipartisan support in Australia, including Bob Hawke, Gough Whitlam, Malcolm Fraser and Alexander Downer.107

Dunstan was an active leader. In June 1988, he spoke at a Soweto Day march and rally in Victoria Square, Adelaide, urging those present to raise funds ‘for the victims of apartheid’.108 In March 1989, he sent a telegram of congratulations to the organiser of a fundraising concert in Brisbane.109 But undoubtedly the highlight of his work for the Foundation came with Nelson Mandela’s visit to Australia in October 1990.

Only eight months after his release from prison, Mandela paid a formal visit to Australia, coming so soon in good part because of Funde’s work, but also that of the Foundation. As president of the Foundation, Dunstan was closely involved in the visit. It was Foreign Minister Gareth Evans who greeted Mandela at the airport in Canberra, but Dunstan was present during Mandela’s press conference at Parliament House. Mandela’s visit to parliament was exhilarating, with staff lining the corridors to applaud him, and Prime Minister Bob Hawke calling him a ‘modern-day hero’.110 Dunstan chaired the general press conference, and also accompanied Mandela on his trip from Canberra to Sydney.111

The crowning moment came on 25 October, when Mandela addressed a huge rally from the steps of the Sydney Opera House. Funde would recall that there were people as far as the eye could see, and the crowd roared when Mandela appeared; when he raised his hand in greeting, the ‘response was electrifying’.112 In the line-up at the top of the steps, facing the huge crowd, there was Mandela, Evans, Dunstan and Funde, all in suits and ties. At one point, Mandela raised his fist in the well-known Black Power salute. In solidarity with Mandela, Dunstan raised his fist in the Black Power salute, too, as did Funde. Evans, perhaps constrained as Foreign Minister, did not.113 For Dunstan, it must have been one of the most memorable moments of his life.

This is an edited Extract from Don Dunstan, by Angela Woollacott, published by Allen and Unwin ($32.99). Woollacott is the Manning Clark Professor of History at the Australian National University.