I think it’s fair to say that each year the selected novels on the Miles Franklin shortlist manifest the zeitgeist, reflecting on some of the issues that are troubling society.

This year they take on and inflect some signature themes: racial/cultural relationships; human engagement with the natural world; and, threading through each novel, the problem of mourning – for lost loves, for the ruins of the past, for uncertain futures, for a hurt planet. 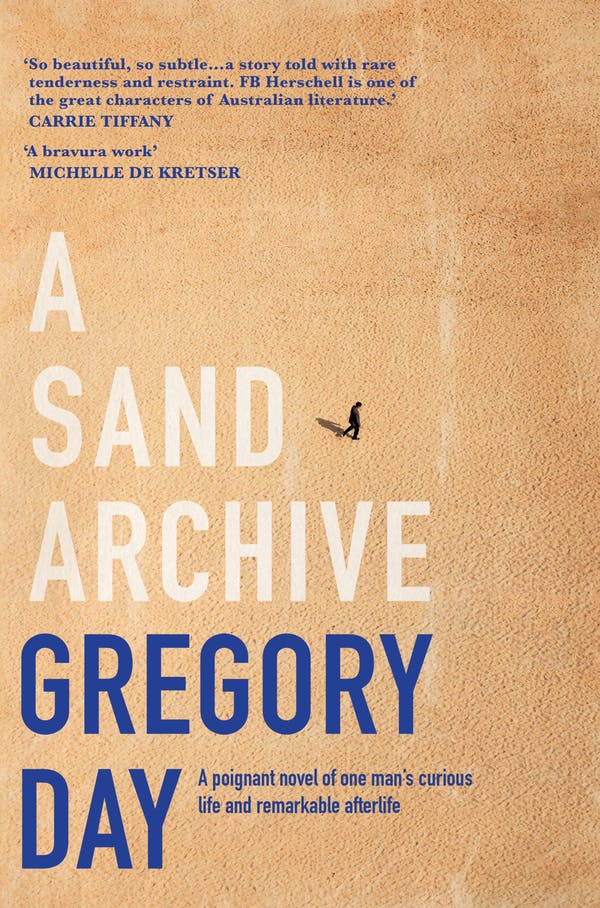 Gregory Day’s A Sand Archive starts with an introduction to engineer and dreamer FB, and his “cheaply printed” volume, The Great Ocean Road: Dune Stabilisation and Other Engineering Difficulties.

It is an introduction full of evocative images, and FB’s quaint and archaic self-presentation against a backdrop of shadows, sand and heath lets readers know with whom they will be travelling during the course of this novel. It establishes the voice of the novel, one marked by a lyrical flow, combining something not explicitly lyrical (Dune Stabilisation; Engineering Difficulties) with a poetic tone, and with a philosophical treatise on sand.

FB is studying “the ontology of dunes”, and discovering the uncertainty of a world built on sand. The narrator, like FB, is a polymath, and like FB is sequestered in regional Victoria. Thanks to the magic of publications and imaginations, both are able to range widely through history and cultures.

But FB has been knocked about by life: by his hopeless love for French activist Mathilde, his thwarted desire to arrest the degradation of south Victoria’s sand dunes, and the loneliness (and satisfactions) of the life he builds.

This is a tender novel, and one in which sand becomes a metaphor for story, for the human heart, for how to keep living through “the absurdity of human endeavours”. 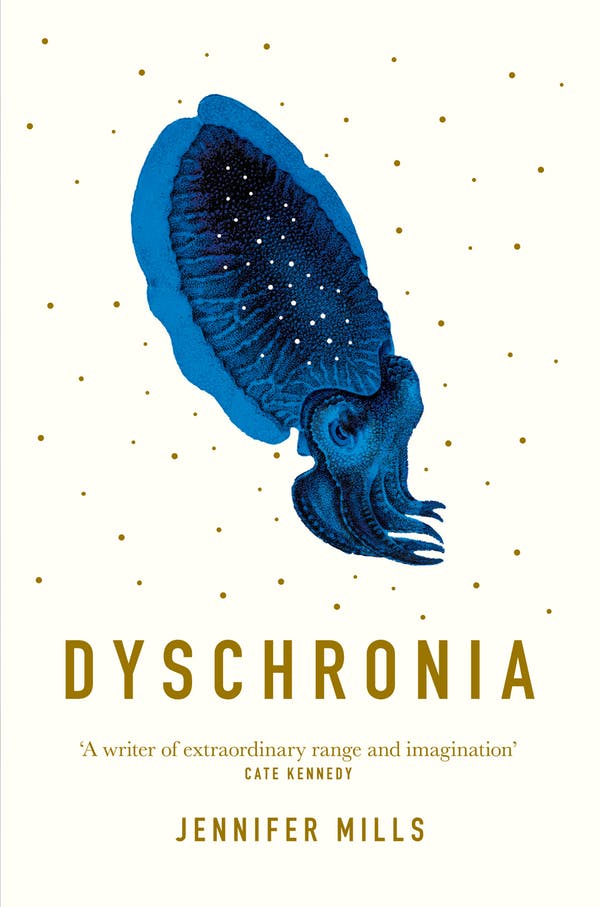 Dyschronia, Jennifer Mills’ latest novel, to some extent fits the cli-fi genre, but its brilliant exposition of time and its instabilities is perhaps the stronger driving force in this narrative.

Sam, the central character, suffers from migraines that come with the dubious gift of knowing the future. For Sam, who is thus captured by dyschronia, the future is not necessarily future. She lives in a jumble of tenses, and though her mother tries to instruct her in linearity – “Time’s like a road, see?” – she never escapes the “dys” of “chronos”.

For her, time is like Einstein’s river, one that flows randomly, separates, folds back on itself. The novel also offers a scathing interrogation of economic “development”. The local environment and the lives of the people living in Clapstone are ruined in the interests of corporate greed. The asphalt plant on which the town was established has closed, leaving behind a poisoned town and a wrecked environment.

Sam has lost herself, aware that her knowledge of the future will change nothing, that “the whole weak joke of order is unravelling”. But there is still a touch of hope in all this, a lovely contrast between the hopelessness of the situation and the irrepressibility of the locals, who determinedly ignore the end of their world. And, at the end, “laughter comes unbidden, like a gas bubbling up through water”. 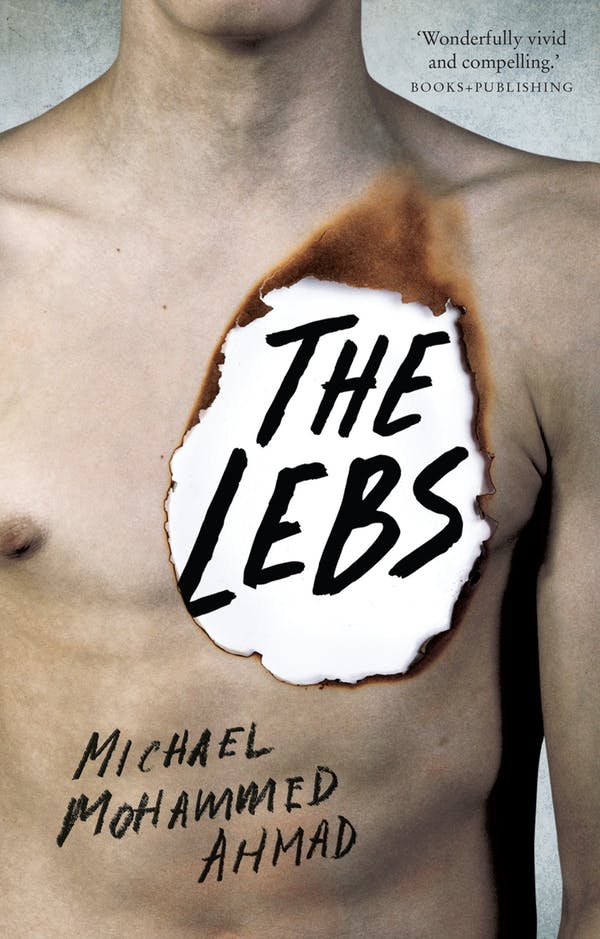 Michael Mohammed Ahmad’s The Lebs begins in the quasi-prison environment of Punchbowl Boys High, and all the violence and crassness of a community of sex-segregated adolescents, boys whose present and probable future involves being derided and excluded. This makes it sound grim, but in fact it is often a very funny novel.

The narrator, Bani Adam, is a misfit at school and outside, and his performances and protestations of himself as intellectual, sophisticated, open-minded yet still devout, make for humour, albeit of a poignant, plaintive kind.

Bani also delivers an education in Muslim faith and its complexities; and illuminates the effect of a brutalising culture through an insider’s eye on the politics of being Muslim in an unwelcoming Australian context. Still, I found the unrelenting racism, the constant lateral violence, the easy homophobia and the sexualised representation of girls and women not sufficiently outweighed by the wit and literary skill that mark this novel. “That’s the problem at Punchbowl Boys”, says Bani, “even if you win, you lose.”

The Death of Noah Glass 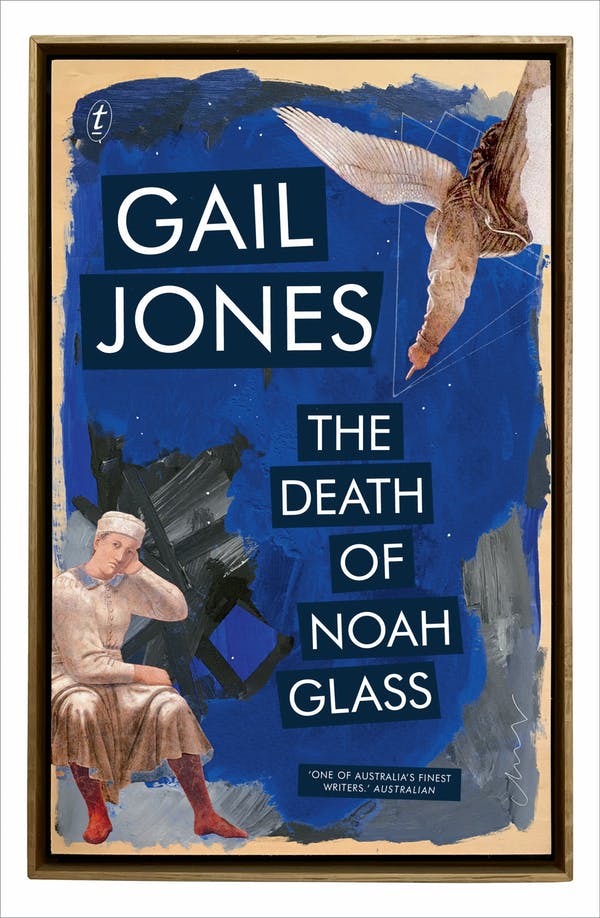 In The Death of Noah Glass, Gail Jones takes on a topic she has often explored: the creative world, one in which the eponymous Noah and his son Martin attempt to reconcile image and text, creativity and identity. It splendidly maps the world of art while offering beautiful portraits of mourning.

Martin and his sister Evie have lost both parents now, and the impact of those deaths sets up a tremor that runs through the narrative.

Evie remembers “searching the rooms of their cold house” for her mother, “listening to her own breathing, the barest rhythm, in case stillness might summon her mother back”. And with their father’s sudden death being followed by the news of his possible involvement in art theft, there is “the wider mystery of things”, the impossibility of dealing with this slur on his reputation “when he was still inside them and not yet resting in peace”.

How the dead remain inside us; how memory and its regrets keep banging away at us (Noah, in particular, has much to regret); how the patterns of the world and of society shape and contain us; how parenthood, family, and sensory being allow us to live: these re-appear throughout the novel, animating its characters. 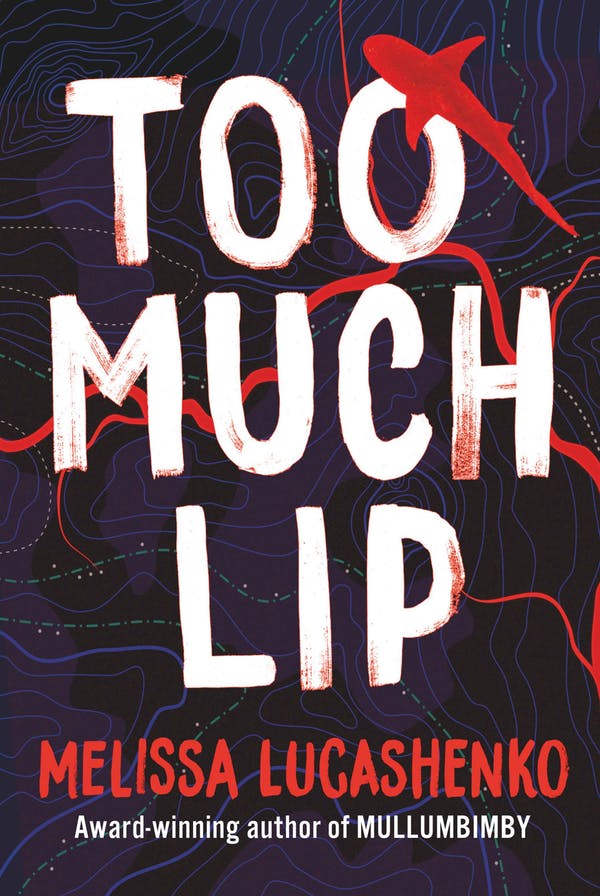 Melissa Lucashenko’s Too Much Lip takes us to regional Australia, introducing readers to an Aboriginal family living on country, and tracing the threads of settler violence that continue to harm the current generation. The story starts in 1943, with now-patriarch Owen Addison being brutalised so that: “When Owen died … there were seven decades of agony caged in him.”

Kerry Salter is returning home to see Owen, her damaged dying Pop, and she literally blasts into town, the “skinniest dark girl on a shiny new Softail, heart attack city, truesgod”, startling the “whitenormalsavages” at the corner store.

She is witty, sharp, tricky, compassionate, but like her siblings suffers intergenerational trauma, which emerges as pretty appalling sibling abuse, and inevitable tragedy. Her uncle manages to divert the worst possible ending to the story, telling her armed and desperate brother: “Terrible things happened in his [Owen’s] life … Some of that pain had to go somewhere. There’s no shame to you in it, my nephew. It wasn’t your fault.”

While the themes of the novel are tragic and often deeply disturbing, the tone and register point to courage, perseverance, and a powerful refutation of the violence of colonisation and the lies of history. 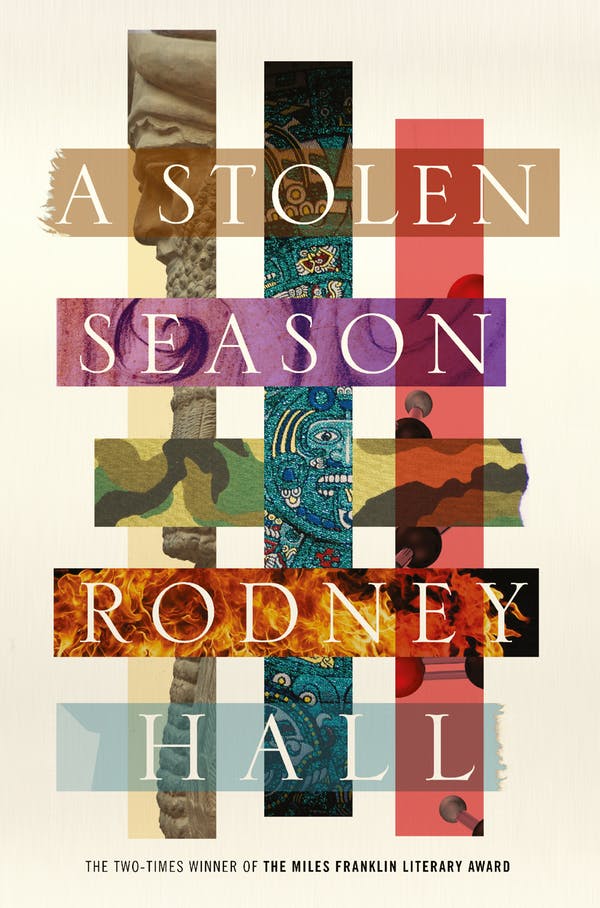 A Stolen Season, Rodney Hall’s first novel in more than a decade, also takes on trauma, tracing its effects on the lives of the characters who people its pages. Adam Griffiths served in Gulf War 2, and due to what may have been “friendly fire” was reduced to little more than bones and burnt skin.

Now he has been returned from the dead, “a monstrosity”, and his previously estranged wife, Bridget, faces the dilemma of whether to remain with this shell of a man who functions only as a sort of android, or leave him to the uncertain compassion of government services: “There’s nothing to stop her walking out. Except the freedom to do so. This is what makes the possibility impossible.”

Their story is interleaved with two others: that of Marianna Gluck, who like Adam was effectively dead, and then restored to a life of PTSD, paranoia, and flight; and the obscenely and pointlessly wealthy John Philip, whose vignette exposes the vapidity of the art market, celebrity culture, and elitism.

For each story line, an overwhelming issue is existential certainty; each character must realise that they are, after all, alive, and must therefore confront an ethical problem. This profoundly empathetic novel is finely attuned to sorrow and all its siblings – regret, pain, anguish, dust, despair. It offers glimmers of hope here and there, but no concrete answers.

In fact, each novel in this list is profoundly empathetic, and deeply attuned to contemporary Australia. While they look directly at crisis and suffering, they avoid hopelessness, using lyrical imagery, humour, and the consolations of art or family as tools against despair; and they suggest more intelligent, more compassionate ways to be human in the 21st century.

The winner of the Miles Franklin will be announced today (July 30). Jen Webb is director of the Centre for Creative and Cultural Research at the University of Canberra. This article is republished from The Conversation under a Creative Commons licence.