Rulfo was the great Mexican and, later, by extension, Latin American writer. He was born in Apulco in 1917 at a time of radical change and experimentation in literature (Edgar Rice Burroughs was still publishing Tarzan novels, and Conrad, The Shadow Line, but meanwhile, Ford Madox Ford had just produced The Good Soldier and Joyce was busy at work on Ulysses).

As with some of the other great one-novel writers, we’re left wondering why he didn’t continue. Was it, like Harper Lee, that he had gotten it so right? Or did he doubt he could do much else with the form? Or, like Salinger, did the whole thing give him the shits? 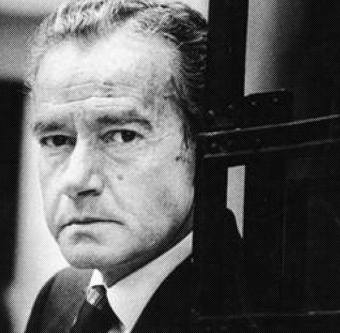 Either way, Páramo (the narrator’s father’s name) is a book that created a genre. A young Gabriel Garcia Marquez credited it for showing him the way forward (magical realism) with his breakthrough novel, One Hundred Years of Solitude. After reading it, he said: ‘I couldn’t sleep until I had read it twice.’ Eventually: ‘I could recite the entire book from front to back and vice-versa without a single appreciable error.’

Such is the power of the writing, and the ideas, seamlessly welded together, poetic, vague, suggestive, praising and denying god in equal measure, ignoring boundaries between the living and the dead. But it’s not just a ghost story. Yes, there’s a touch of Turn of the Screw, but mostly this is a book about how we, and our ghosts, co-habit the earth.

Pedro Páramo has something of James Joyce’s story ‘The Dead’, where Gabriel Conroy attempts to deal with his wife’s lack of interest on their big night alone at the Gresham Hotel. Gretta is caught up in the memory of Michael Furey, an old flame who died at 17 when coming out (already sick) in the rain to meet her. Gabriel realises Gretta is still in love with Michael, and that memories ‘fade and wither dismally with age’.

Although there’s no fading in Páramo. It begins with the narrator (until he dies, halfway through), Juan Preciado, crossing Mexico’s burning plains on his way to the town of Comala, in search of his father, the titular Páramo. Preciado has just promised his dying mother he will find his father, maybe as some sort of closure on behalf of them both (although, as Joyce shows, this never ends well).

Then Rulfo starts to shift the goal posts. Preciado arrives, and makes his way to the Eduviges home, where he’s woken during the night by screaming. Not to worry, Damiana Cisneros offers to take him to her house, but disappears on the way. Somehow, he ends up in an old shack, living with a naked brother/sister-husband/wife combo, before dying and being buried in a coffin beside a woman named Dorotea. From here he just listens to the stories of the dead. Because in Comala, there is no distinction between those above and below the ground.

You might be guessing this isn’t Bryce Courtney. The plot is almost non-existent, and you can’t really be sure of anything, or anyone, you’re reading about.

It takes a while to get used to, but when you give into it, you come to feel that plotting, predictability, reliance on common tropes like falling in love and robbing banks, is all a bit silly. This is real story-telling; a dark fable, told by a god around a campfire, or more probably, at the gates to Purgatory (several of Rulfo’s characters seem to be trapped here).

Pedro Páramo is a poem to love, to loss

The story is about how, like Gabriel, we cling to possibility long after it’s gone. Preciado learns: ‘The secret is to die, when you want to, and not when He proposes. Or else to force Him to take you before your time.’ 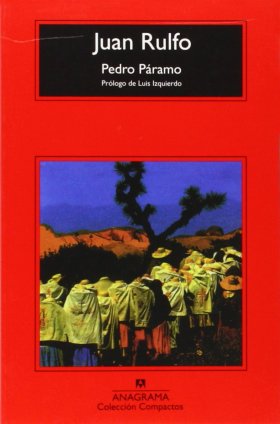 Comala is a real ghost town (‘There was no air, only the dead, still night fired by the dog days of August’), but the dead are no less living than us. So now we return, omnisciently, to the time of Pedro Páramo, who, at a young age, falls in love with Susana San Juan. It doesn’t end well – she leaves town with her father and the heart-broken Páramo turns his attention to money and power. He gets rich, runs the town, tries to convince Susana to return, comes on to most of the local women and eventually marries a girl called Dolores, who has a baby called Juan. Then Pedro sends his wife and son away to live with her sister (hence the beginning of the novel).

Among Páramo’s collection of illegitimate children, a boy named Miguel becomes a rapist and murderer, eventually killing the local priest’s brother. Susana returns to Comala, but she spends her days (Gretta-like) mourning her dead husband instead of showing interest in Páramo. She dies and Páramo (according to Dorotea) spends ‘the rest of his days slumped in a chair, staring down the road where they’d carried her to holy ground’. Eventually Páramo lets ‘his lands lay fallow and [gives] orders for the tools that worked [them] to be destroyed’. The locals leave, and Comala becomes a ghost town. Hence the living, hence the dead.

This town is filled with echoes. It’s like they were trapped behind the walls, or beneath the cobblestones. When you walk you feel like someone’s behind you, stepping in your footsteps.

It’s the feeling many of us have, stepping out at night to lock the car, or take out the rubbish. A presence, in front of us, behind us, whispering something we’re unable to hear. Pedro Páramo is a poem to love, to loss.

Rulfo (who lost his own parents at a young age) tries to make sense of the world through a monochromatic poem (he spent much of his life as a photographer of Comala-like landscapes), describing a world that dies, but doesn’t. That falls victim to one man, his regrets, his rage at losing the one thing we all need most.

I’m not saying any of this as a way of explaining the novel; I can’t. Like most novels on my list, it has to be read to be understood, felt, known. This refusal to be categorised defines all of the truly great books: not a word too many, too few. Comala is a region ‘where everything is given to us, thanks to Providence, but where everything is bitter’. A more reliable glimpse, perhaps, of our own world.

This is the fourth article in Adelaide author Stephen Orr’s series on books that have changed or challenged fiction. His previous articles explored Ernst Haffner’s banned novel Blutsbrüder (Blood Brothers), set in the shadows of Berlin;  Malcolm Lowry’s booze-soaked Under the Volcano and Flannery O’Connor’s “strange/beautiful” Wise Blood.