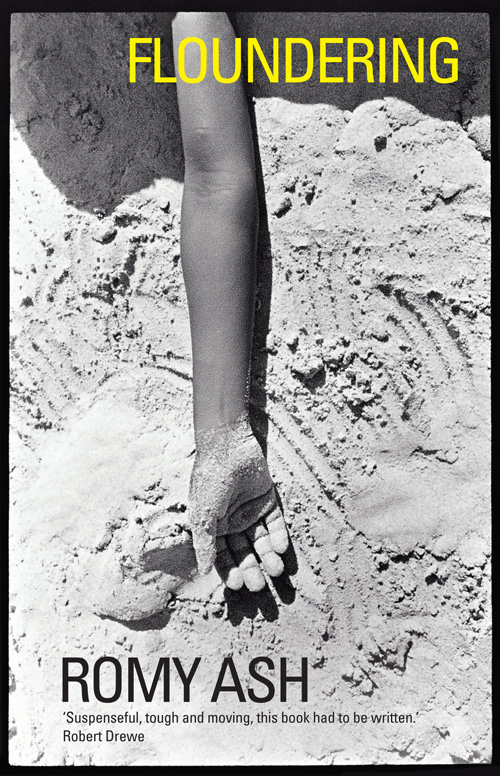 Romy Ash’s debut novel, Floundering, shortlisted for the 2013 Miles Franklin award, is a captivating, sometimes chilling story of two young boys who are taken, without warning, by their mother to a beachside caravan park.

Left to their own devices, the boys must make the most of their time by the beach without anything but their school bags and uniforms.

The unnamed regional beach in this novel is uncomfortable – “a location of risk and danger” as author Robert Drewe once described it – and sometimes reveals the worst ways in which nature and humanity meet. It’s a refuge for people looking to escape from city life, a stark comparison to more urbanised beaches.

When I tell people that I research the Australian beach, often their first response is to ask if I’ve watched Puberty Blues. Perhaps Australia’s most iconic beach text, the book (first published in 1979) is the story of two friends growing up in beachside suburbs of Sydney. It was adapted for film by Bruce Beresford in 1981.

Both the book and film, with their characteristic colloquialisms and Australian slang, capture a sense of Australian coastal identity while revealing uncomfortable truths about gender, sex, and drugs for the teenagers they depict.

Australian stories about the beach are often male-centred and written by men. Puberty Blues is an important contribution to beach literature because of Debbie and Sue, its female protagonists, and their perspectives on a blokey world.

In 1966, the three Beaumont children disappeared from Glenelg Beach. They were last seen in the company of a tall, blond man. Despite continued searching, even earlier this year, they have never been found.

Time’s Long Ruin (2010), by South Australian writer Stephen Orr, is a fictionalised account of the disappearance of three children as told through the eyes of their young neighbour. Loosely based on the Beaumont story, it captures the dread of the aftermath for those left behind who knew and loved the children, the challenge of dealing with false leads and unreliable information, and the growing realisation that they will likely never be found.

The case of the Beaumont children had an enormous impact on Australian culture. My mother, who was a young girl when they disappeared, still recalls how her parents would worry about her momentarily being out of sight at the beach at this time.

Breath, published in 2008, earned Tim Winton his fourth Miles Franklin award and was recently adapted into a film, directed by and starring Simon Baker.

On the surface, this novel is about surfing. But it asks deep questions about masculinity, and boys’ attitudes towards sex, while capturing the feel of Australian coastal life in the 1970s.

Winton’s writings often engage with the ocean, the coast, and the beach – usually in West Australia, where he lives. His memoirs have revealed his love for the coastal landscape. As he writes in Land’s Edge (1993): “There is nowhere else I’d rather be, nothing else I’d rather be doing. I am at the beach looking west with the continent behind me as the sun tracks down to the sea. I have my bearings”.

The Empty Beach, by Peter Corris

Peter Corris died in August, after publishing 102 novels. The Empty Beach (1983) was released early in his career and is the fourth novel featuring the private investigator Cliff Hardy – a homegrown, hard-boiled detective, firmly located in Sydney. It was adapted for film in 1985.

In this book, Hardy is investigating the disappearance of John Singer, missing and presumed dead. He begins his probe in the rough, working-class Bondi of the early 1980s. Corris captures Bondi Beach through the eyes of his protagonist, depicting it as a seedy extension of the city.

Hassled by junkies, threatened by mobsters, Hardy spends much of the novel embroiled in the corrupt underbelly of Sydney’s criminal kingpins, never far from the now infamous shoreline.

The True Colour of the Sea, by Robert Drewe

Having lived in many coastal spots across the country, including Perth, Sydney and Byron Bay, Robert Drewe writes stories that capture that very familiar, domestic sense of a beachside life. The Bodysurfers (1987), a collection of short stories, became a bestseller.

His memoirs and short stories are all infused by the beach landscape, and this latest collection is no different.

As the narrator writes in Dr Pacific, the opening story in his new collection: “One thing’s for sure – it’s my love of the ocean that keeps me going. You know what I call the ocean? Dr Pacific. All I need to keep me fit and healthy is my daily consultation with Dr Pacific.”

Sally Breen lives and works on the Gold Coast, and that strip of high-density development on the beach works its way into much of her writing.

With its high-rise skyline under a big sky, Surfers Paradise has been called a “pleasure dome” by Frank Moorhouse. But Atomic City (published in 2013), set largely in the lofty apartment buildings and businesses that abut, and look out on, the beach, captures perfectly the grift and graft of the place.

Jade arrives on the Gold Coast to make herself over and get rich in this beach tale of cons, scams and identity theft.

In the novel, Alice lives beachside in Coogee, Sydney, and regularly walks the coastal path between it and Bondi. A proudly single, Indigenous woman, Alice has a change of heart about marriage and decides to get serious about settling down – which means embarking on the rocky road towards finding love.

In contrast to the challenges – including racism – she encounters along the way, the beach is a comfortably ordinary presence in this novel. However, Heiss also parodied the white Australian beach experience in an earlier book, Sacred Cows (1996).

After January, by Nick Earls

If you grew up in Brisbane when I did, there was a high chance you were reading a Nick Earls novel or seeing one adapted into a play. After January (first published in 1996) is one of Earls’ first works for young adult readers, and is set in the long break after finishing high school.

Alex is on holidays at Caloundra in his family’s beach house, a teenage boy uncomfortable in his skin but comfortable in the ocean. Although now more than 20 years old, this story still captures the uncertainty of burgeoning adulthood and the comfort the ocean can bring.

For many Australians, the beach can be wrapped up in childhood memory. These memories can blend and blur. In my mind, my summers spent at the beach with my grandparents were never-ending, from the moment school finished until the day before I was set to return. In reality, we spent some time there, often weekends, and certainly never the entire school holidays.

Belinda Castles’ Bluebottle  tells the story of the Bright family, and is filled with that uncomfortable tension that arises when we realise memory is fallible. Siblings Jack and Lou recount key moments from their childhood, starting with the disappearance of a local schoolgirl and their father’s unpredictable purchase of a beachside property in Bilgola, Sydney. However, they learn that growing older can change perspectives on the past and, like the beach, it can be hard to tell what’s under the surface while the waves distort our view.

Liz Ellison is a lecturer in Creative Industries at CQUniversity Australia. This article was originally published on The Conversation.