By way of introduction 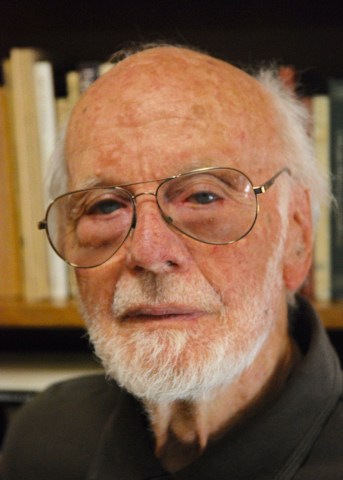 Milton Moon is a leading Australian potter. He studied painting and drawing at the Central Technical College in Brisbane, with private tuition from Margaret Cilento. At this time he also learnt the traditions of pottery and wheel-throwing from pioneer Mervyn Feeney. Moon has been the senior pottery instructor with Brisbane’s Department of Technical Education, art tutor at the Architecture Department of the University of Queensland, and senior lecturer, Head of Ceramics at the South Australian School of Art. As a Myer Foundation Geijutsu Fellow, he made one of his many visits to Japan, living and working there and studying Zen; he has since also studied Shinshu. Following his return to Australia he left lecturing to establish a workshop, home and gallery in a restored 1850s stone mill at Summertown in the Adelaide Hills, but has since moved to Norwood. Other awards include a Churchill Fellowship, Australian Government Creative Fellowship, Order of Australia (AM), Member of Honour of the International Academy of Ceramics, and Life Membership of the South Australian Crafts Council. Moon has exhibited widely in Australia and internationally, and is represented in major Australian collections worldwide. He has also written verse, with more of his poetry to be found in the collection The Other Shore at the Shin Buddhism website Muryoko.

Click here to read Moon’s Who is this ‘I’? in last week’s Poet’s Corner

Readers’ original and unpublished poems of up to 40 lines can be emailed, with postal address, to poetscorner@solsticemedia.com.au. A poetry book will be awarded to each contributor.