Author Marlon James has become the first Jamaican author to win the prestigious Man Booker Prize for his epic 686-page fictionalised account of the attempted murder of reggae singer Bob Marley in 1976.

A Brief History of Seven Killings features more than 75 characters and voices and is set in Kingston, where American-based James was born.

In receiving the award last night in London, the 44-year-old author said the novel was inspired partly by reggae music, saying reggae singers Marley and Peter Tosh “were the first to recognise that the voice coming out our mouths was a legitimate voice for fiction and poetry”. 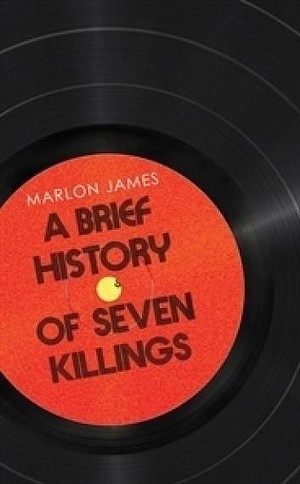 The novel doesn’t refer to Marley by name, referring instead to “The Singer”. It tells of the assassination attempt through many voices – from witnesses and federal agents, to ghosts and beauty queens – painting a vivid picture of life, politics, music and crime in turbulent 1970s Jamaica.

“This book is startling in its range of voices and registers, running from the patois of the street posse to The Book of Revelation,” chair of judges Michael Woods said in a statement.

“It is a representation of political times and places, from the CIA intervention in Jamaica to the early years of crack gangs in New York and Miami.

“It is a crime novel that moves beyond the world of crime and takes us deep into a recent history we know far too little about. It moves at a terrific pace and will come to be seen as a classic of our times.”

Ahead of the last night’s announcement, British bookmakers had reported that US author Hanya Yanagihara’s A Little Life, a disturbing tale of male friendship featuring graphic depictions of child sex abuse, was the favourite to win the 2015 Man Booker Prize for Fiction.

Other shortlisted authors were: Tom McCarthy (UK), Satin Island; Chigozie Obioma (Nigeria), The Fishermen; Sunjeev Sahota (UK), The Year of the Runaways, and Anne Tyler (US),  A Spool of Blue Thread.

Last year’s winner of the Man Booker Prize for Fiction was Australian author Richard Flanagan’s The Narrow Road to the Deep North, which has sold 300,000 copies in the UK and almost 800,000 worldwide.