In the shadow of the Charlie Hebdo murders and the increasing reach of a government keen to capture the metadata produced by us all, there’s a certain serendipity to Wendy Scarfe’s Hunger Town.

Set mostly in and around the Port Adelaide River, Hunger Town – recently announced on the longlist for the 2015 Kibble Literary Awards for Women Writers* – presents a historical rendering of the Depression years and the ways that political ideologies could be used to create or further divisions in society. 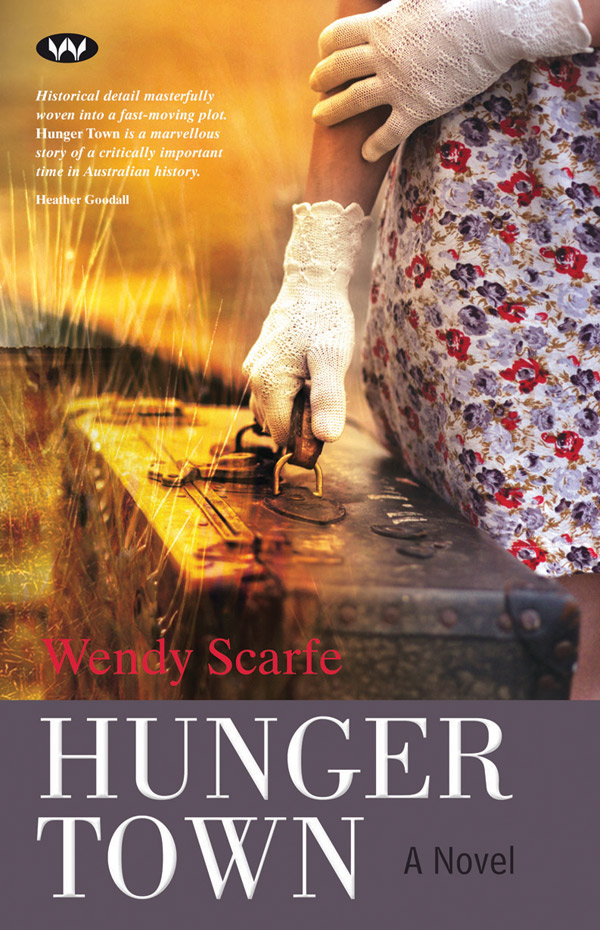 Hunger Town, by Wendy Scarfe, is published by Wakefield Press, $29.95.

Young Judith Larsen discovers that she has a talent for cartooning. Spurred on by her Norwegian-born, shipworking father, Judith is well versed in Marxism and the idea of class struggle. Her cartoons begin to be published by newspaper editors keen to offer their readers a satirical view of the rise of the bourgeoisie and the oppression of the working classes.

When Judith meets Harry, a spontaneous young musician with more than a touch of the larrikin spirit, she falls madly in love. Harry’s political leanings lead him deeper and deeper into the field of Communism. He soon finds himself shipping off overseas to support the international communist cause.

Scarfe’s tale weaves through a turbulent time in Australian (and world) history. This provides a tense background for Judith and Harry’s risk-taking activities. Their lives unfold amid an increasingly agitated working class and a meddling government intent on keeping a close eye on the activities of all its citizens.

While some of the old-fashioned dialogue seems a little trite at times, the taut narrative offers plenty of suspense. Will Judith be arrested as a communist sympathiser? Will Harry meet a savage end in the hands of the fascists?

As we ponder the fate of the many young Australians lost in conflicts on foreign soils, Scarfe reminds us of the uncertain times between the wars. Rapidly rising unemployment and increased desperation caused by poverty threatened the stability of the country. The threat of physical violence or imprisonment for drawing subversive cartoons makes Judith’s plight all the more dangerous.

Hunger Town proves to be a surprisingly topical read. Who said that history never repeats?

*The Kibble Awards are open to Australian female writers who have published a book of fiction or non-fiction classifiable as “life writing”, with the shortlist to be announced on June 3.