Jayne Keeney is an Australian private investigator living in Thailand who has an unquenchable thirst for investigating injustices.

In this the third instalment of the Keeney PI series, Jayne is romantically entwined with her business partner, Rajiv. Things kick off with the couple trying to take some well-deserved R&R in the coastal resort town of Krabi. When one of their tour guides is found dead under what seem to be suspicious circumstances, Jayne can’t help but be drawn into the case. 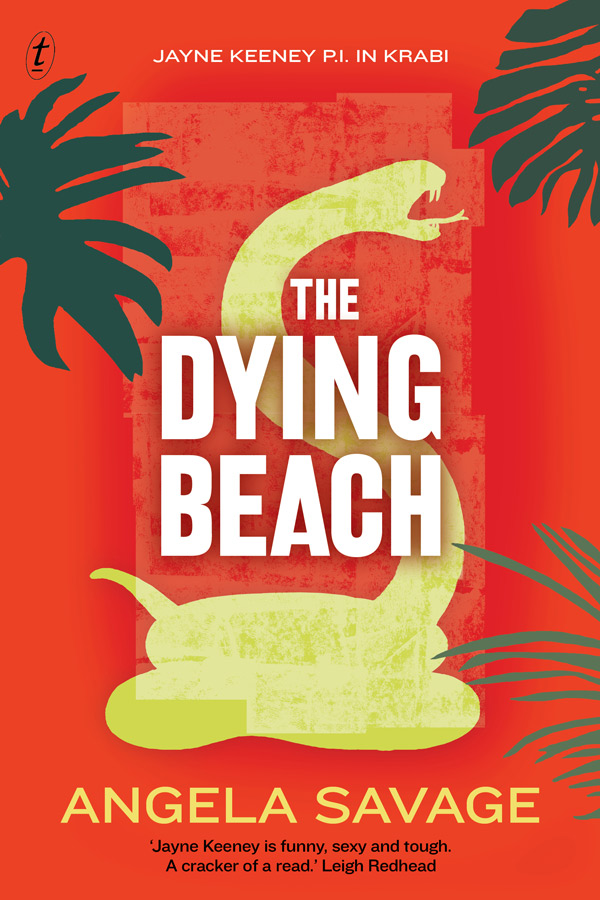 As further bodies turn up, she and Rajiv seem to be the common link. Shady business deals and environmental concerns over property developments suggest there’s something nasty afoot.

Angela Savage keeps this story bounding along, capturing both the beauty of the region and the oppressive climatic conditions of South-East Asia which intrude upon even the most mundane of activities.

Savage’s bad guys are a good mix of sly and stupid, and the appearance of another Aussie ex-pat looks to challenge the dashing Rajiv’s hold on Jayne. In Jayne Keeney, Savage gives us a female lead with the street-smarts and chutzpah to negotiate the cultural and linguistic terrain of Thailand.