In December, theatre artist Patrick Livesey will board a plane to New York. For 18 months, they will live and study in the city that nurtured some of the greatest theatre minds in history.

Livesey’s time in New York will be supported by the Marten Bequest – a prestigious $50,000 scholarship that the Adelaide-born actor, writer and producer was awarded last week.

Only five years ago, Livesey was in a very different position. Having just graduated from the Victorian College of the Arts, they found themselves with few opportunities and plenty of anxiety about the future.

“Nothing in the world prepares you for going to a three-year drama school and then suddenly you have nothing,” says Livesey. “I had no idea what I wanted to do, other than I just wanted to do something. So, I pitched this one-person show.” 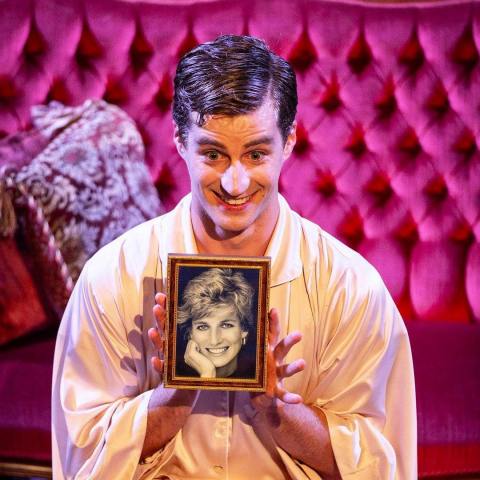 That work, a comedy called The Boy, George, started Livesey down a path of independent artistry that would eventually take them to New York.

Navigating that journey successfully has been – Livesey says – partially about luck. But alongside good fortune, Livesey also brought a willingness to continually learn, built partnerships with inspiring collaborators, and received well-timed support from influential organisations, including the Adelaide Fringe.

The success of The Boy, George opened early doors after it premiered in 2018, and led to the creation of a second self-devised comedic show, Gone Girls.

“I had this kind of blind faith that everything will just work out with that show and I’m so thankful for that experience, because it didn’t,” says Livesey. “Audiences definitely found it humorous… but the story wasn’t perfect and it was all a bit mishmash.

“We did three seasons of the show before we got to Adelaide Fringe and from Adelaide Fringe we got programmed at a theatre in Victoria. So that’s an example of how, if you just do the circuit and you are willing to invest all the time and all the energy into refining the show, then it kind of can take on a life of its own.” 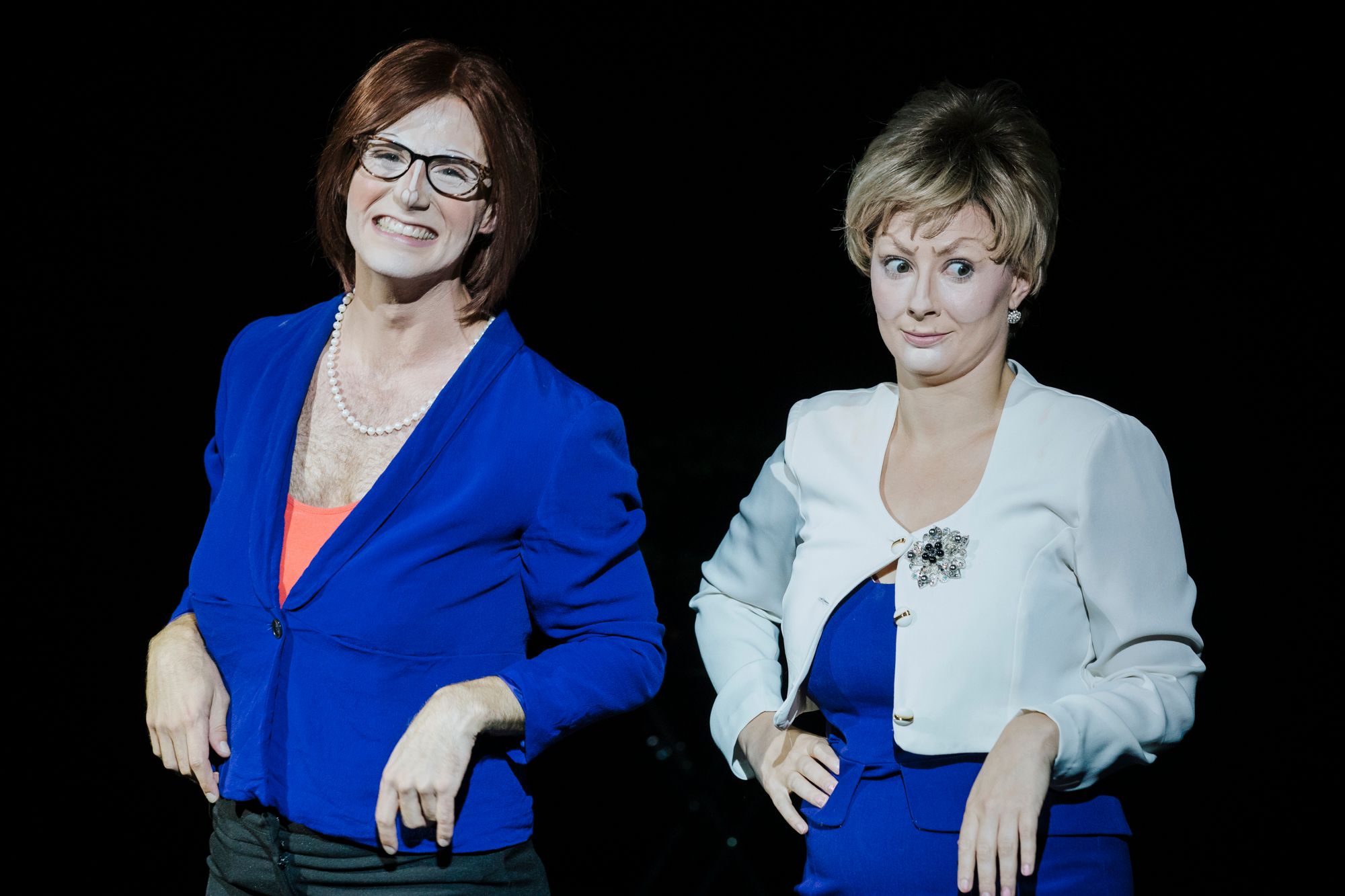 Gone Girls had seasons in both Adelaide and Victoria. Photo: Jacinta Oaten

“Working with Bronwen just made me feel…[that] I’ve come home to something. It allows me to express myself as an actor and it allows me to connect to my character and my impulses.

“It was working with people like Angus and Bronwen that really gave me a sense of, ‘Oh no – I could be a dramatic actor as well as a comedy actor, I can stand up there and hold an audience’s attention regardless of whether I’m trying to be funny or not’.”

Livesey’s first dramatic role was in DIЯT, which had its world premiere at Adelaide Fringe in 2021, where it was rapturously received. The play deals with the persecution of queer people in Russia and won both the Adelaide Critics Circle award and the Adelaide Fringe Frank Ford award, which comes with $20,000 in funding to support a tour.

With this backing, Livesey was set to embark on a new stage of their career – performing DIЯT and grasping the opportunities that come with touring.

COVID, though, stymied those plans. With fresh waves of lockdowns rolling across Melbourne, where Livesey is based, DIЯT remained on the shelf and Livesey was caught in an enforced creative slowdown.

“We were in a position where not only was arts funding in the country stripped back [over years]… then the pandemic hit that as well, so there were even fewer funding rounds.

“I had an idea for a new show, then I went to the Adelaide Fringe Artist Fund and they were accepting proposals. Getting that initial funding at the at the outset just helped so much.”

As the world shuddered under the ongoing weight of the pandemic, Livesey pushed themselves to make their most ambitious and intimate solo show. Based on interviews with friends and family, Naomi chronicles the life and death of Livesey’s mum and sees the actor embody eight different characters.

The nuanced and layered work, which premiered at this year’s Adelaide Fringe, showcases Livesey at the height of their powers, both as an actor and a writer. 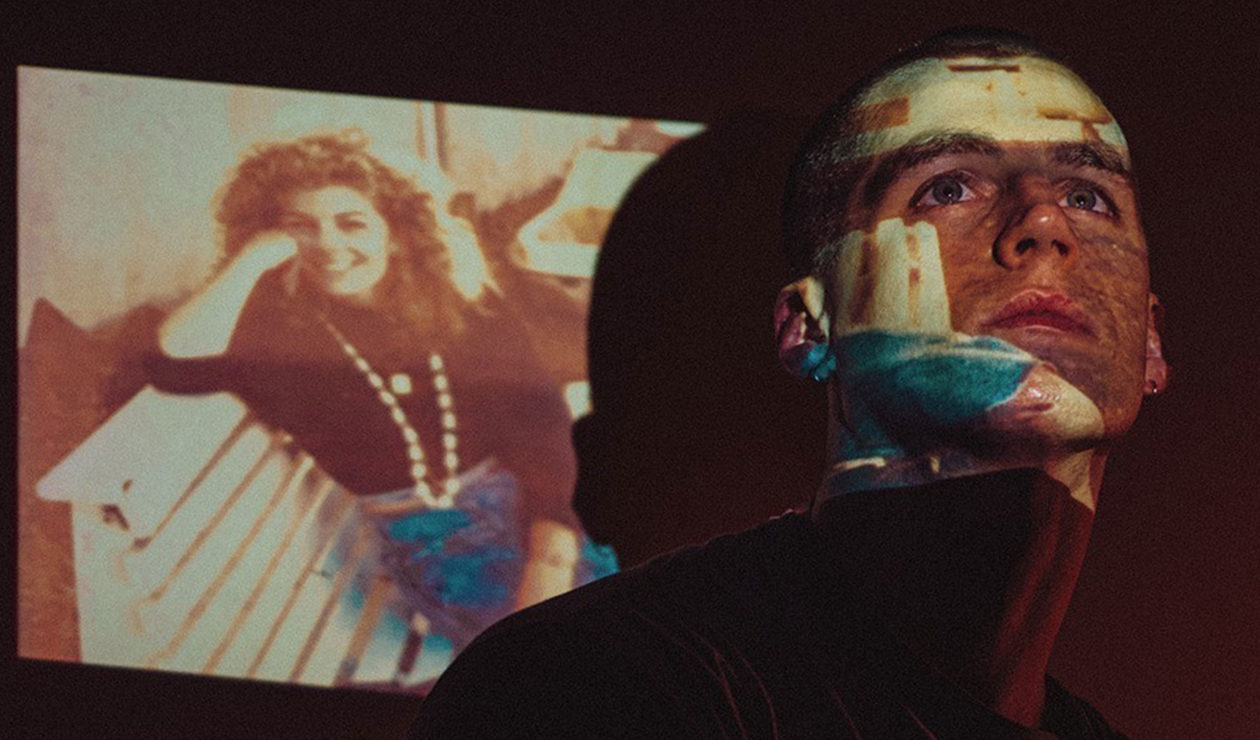 Livesey in their intimate solo show Naomi, which premiered at this year’s Adelaide Fringe.

“What has ultimately led me towards this trip to New York city… is that I’ve been seeking out mentors and teachers and I’m hungry to continue to not only work as an actor but also to learn,” says Livesey.

Over the next six months leading up to their departure, Livesey has plenty to do. They are working again with the team from DIЯT, this time creating a four-handed play called cavemxn, which is the subject of a crowd-funding campaign and will premiere in November.

Before then, Livesey is also scheduled to perform multiple seasons of their existing works.

“I couldn’t have imagined that five years out of drama school there’d be a year where I would be doing six or seven of my own seasons,” says Livesey. “So I’m feeling very blessed.”

Five years doesn’t sound all that long, but – as Livesey knows – five years of hard work and creativity can, when matched with the right support, be just enough time for transformation.

‘DIЯT’ is playing at Chapel off Chapel in Prahran, Melbourne, until June 5. The Australian Cultural Fund crowd-funding campaign for ‘cavemxn’ is live until May 29.