Trivial Pursuit is a game where you start with an empty pie, and gradually fill it with colourful pieces of correctly answered trivia questions. Hew Parham, armed with an overhead projector and several plastic pieces, wants to play Trivial Pursuit with the audience. Through retelling his own experiences, he seeks to show us how we all gradually fill our own “pies” with setbacks, ambitions, trauma, and hope.

A Not So Trivial Pursuit, at The Mill on Angas Street, opens with him playing a stern German gamemaster, establishing the “rules of the game” with a particularly oppressive interpretation of the board game’s instructions. He drolly observes that Trivial Pursuit is the game that, when suggested, no-one wants to play, but we find ourselves playing anyway.

Parham plays Trivial Pursuit with the audience throughout the show, handing out (unfortunately) imaginary Fantales for correct answers. The questions prompt him to tell stories from the period in his life when he studied clowning “on an island in the middle of a lake with Canada’s most famous horror clown”. Relationships rise and fall, and Parham’s constant quest for meaning is mirrored in his search for correct answers to trivia questions. 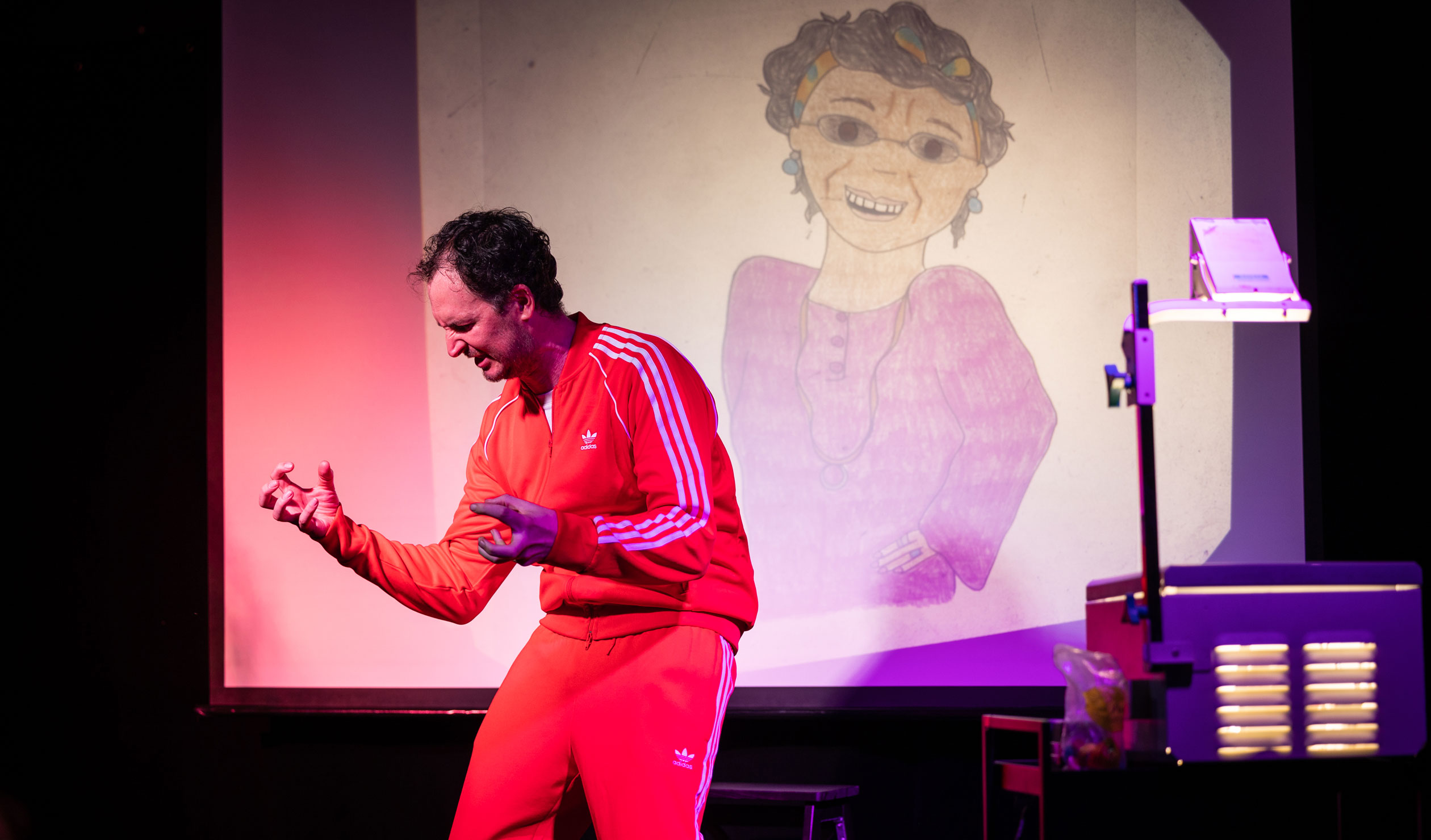 Despite enjoyable appearances made by several characters – such as a personified “wise-guy” painting in New York’s MoMA, and a mid-tantrum John McEnroe – Parham’s show mainly revolves around his unique stories, recounted in all their vulnerability and emotional turmoil. This is indicative of his training in Canadian clowning, a branch of French performer and coach Jacques Lecoq’s clowning devised by Richard Pochinko in the 1970s. Many forms of clown centre on high-energy, physical storytelling and slapstick, but in the Pochinko method the insecurities and mistakes of the performer are central, with the result often deeply personal and revealing.

“Confessional” solo shows like A Not So Trivial Pursuit often live or die on the charm and generosity of the performer, and the precision of the text as it weaves the narrative together. Parham is a particularly generous and charming performer, and the framing device of the board game is simple and effective in introducing his vignettes.

A particularly heartfelt sequence takes place in the latter half, when he tells the story of living in a pink trailer in the backyard of a First Nations, chain-smoking shaman in Central California.

The story of a young man seeking his fortune in a foreign land is a well-worn trope. However, the unique experiences Parham retells make this show compelling, intriguing, and deeply moving.

A Not So Trivial Pursuit is at The Mill until Sunday, March 20.