Richard Jordan believes fervently in the importance of cultural encounters.

The UK-based artistic producer, who works extensively around the world commissioning, developing and producing a diverse slate of stage shows, says he owes his career to a handful of early childhood experiences.

“You didn’t work in the arts where I came from,” says Jordan, who grew up in the rural English city of Norwich.

“I was just lucky I had a mum who liked musicals. When I was eight, she took me along to see a show… and that moment changed my life.”

Jordan’s subsequent childhood obsession with theatre turned professional at 16, when he got his first job as a stagehand on Cats. In the more than three decades since, as he’s graduated through the ranks to become a prolific artistic producer with a focus on championing new talent, he has continued to respect the significance of momentary experiences.

“Cultural collisions become really important when you work in the arts and creativity,” he says. “You realise that because of them, you can start to sometimes fuse together interesting relationships and rewarding creative partnerships.”

Jordan highlights Adelaide Fringe as an event purpose-made to foster these kinds of collisions. Since 2006 (and until COVID began curtailing his travel in 2020), he has attended the festival annually as he believes it’s an ideal environment for discovering new talent.

“You don’t inspire interesting performances and conversation in theatre unless you have a diversity of people that are working in it,” he says.

“At an open-access Fringe, even if you haven’t got a lot of money and you can’t afford to go to drama school, a group of performers or an individual could still try and club together to come and put a show on. And that’s not just true for actors. If you want to be a box office assistant or want to be the stage manager, you have the ability to come here to learn, meet like-minded people, and develop your craft.”

Adelaide Fringe’s status as an open-access festival means any artist can register a Fringe event, but Jordan says that’s not the only reason it functions as an incubator for new voices.

He also points to the creation of a virtuous cycle of creativity in any Fringe host city, which nurtures a culture that embraces art.

“You’ve got buskers on the street, so even if a kid is walking down the street and isn’t going to see a show, because of the Fringe happening they’re getting an exposure and building a connection to culture,” he says.

“Being in that environment, we’re all encouraged to see things we might not necessarily normally see. Some of those experiences can be bizarre and whacky, and some of them really amazing unexpected discoveries, which is what makes a Fringe exciting.”

Jordan has direct experience with making connections at Adelaide Fringe that go on to become something much more influential.

He has been a regular participant in the Honey Pot program, which brings industry experts together with Fringe artists to explore potential collaboration. For Jordan, this program and Fringe show attendances have kickstarted relationships that morphed into career-long relationships.

“Adelaide has been a very rewarding and very rich place for me to come and partly because of the Honey Pot scheme, which is very well run and valuable to Australia and its artists and the contribution that it makes to the arts industry both at home and abroad,” he says.

“It was in 2009, on the morning I was heading home to London, when before leaving, previous Adelaide Fringe Director, Christie Anthony, marched me down the street to see this immersive show en route [made by the Australian company one step at a time like this]. The show was fantastic, and I began a collaboration with the company which continues today.” 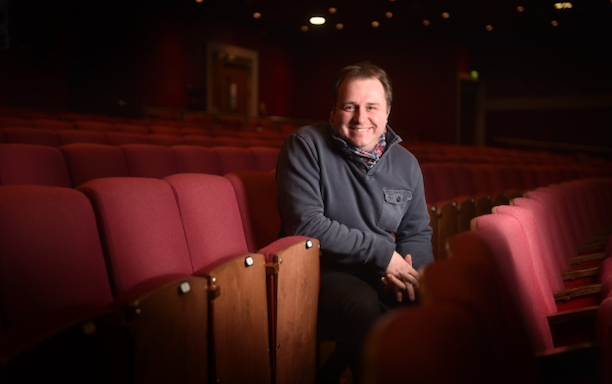 The Londoner’s connection to Adelaide is not a one-way street. This year, he has presented four works at the Adelaide Fringe virtually. 1 Hour Photo; The Darlings; Inside/Out: A Prison Memoir; and Do you want what I have got – a Craigslist Cantata are all part of Holden Street Theatre’s digital season, which is showing in the specially outfitted venue, Ruby’s at No. 32.

The ever-adaptable Jordan worked with long-time collaborators at The Cultch theatre in Canada to tour these shows in a new form when COVID pressures bit. Their virtual arrival in Adelaide is a new chapter in Jordan’s 10 year-plus history of bringing work to Adelaide.

“It is interesting because the digital season has enabled me to bring over some larger work that I could never easily have afforded to bring to Adelaide otherwise,” he says.

“1 Hour Photo is a good example – it’s a big show by a Canadian Asian artist new to Australian audiences, which positions well at the Fringe. But the cost of bringing this international work over and its technical requirements would be significant and possibly unviable …  with the digital theatre and at a time when travelling is quite hard, it’s created this great global connection.”

Checking in on his Adelaide Fringe season is a small part of Jordan’s current work schedule. In the last fortnight alone, he has been finalising his votes as a member of the British Academy of Film and Television Arts (BAFTA) Awards jury, producing several other productions (including finding new destinations after cancelling performances in Russia), and managing his regular role as International Producing Partner at Chicago Shakespeare Theater.

Adelaide Fringe might form only a fraction of his gargantuan workload, but that doesn’t correlate to its importance in the annual calendar. For Jordan, it is an essential platform in an industry where getting a foot in the door is increasingly difficult.

“A really important thing for the Fringe is not to underestimate its worth, because it’s playing a vital arts and industry role locally, nationally and internationally,” he says.