Since circus and physical theatre broke free from carnival music and clowns, the words “intense” and “dystopian” have become a standard for acrobatics performed in dark lighting with serious glares. The Defiant ­– presented by the same company as the award-winning circus-cabaret hybrid Rouge –challenges that again with its grungy aesthetic, stark lighting and rock soundtrack balanced with an essence that exudes hope, camaraderie and celebration in relationships and community.

The ensemble executes each act with strength, skill and grace. There’s the usual routines ­– acrobatics, juggling, silks, hoops, aerial pole and contemporary dance, all performed with seemingly effortless athleticism. On this night, spontaneous applause and cheers were plentiful and hearty.

The Defiant has an all-femme-identifying cast and crew, and a distinguishing feature of the performance is the warm and joyful interaction between artists. Smiles, intimate connections, playfulness and a sense of community comes through the cutting intensity. It’s reminiscent and evocative of how the last few years have proven how humans come together in times of turmoil.

The contrast and balance of dark and light, dystopia and hope presents a different take on a theme often approached with the intention to disrupt. 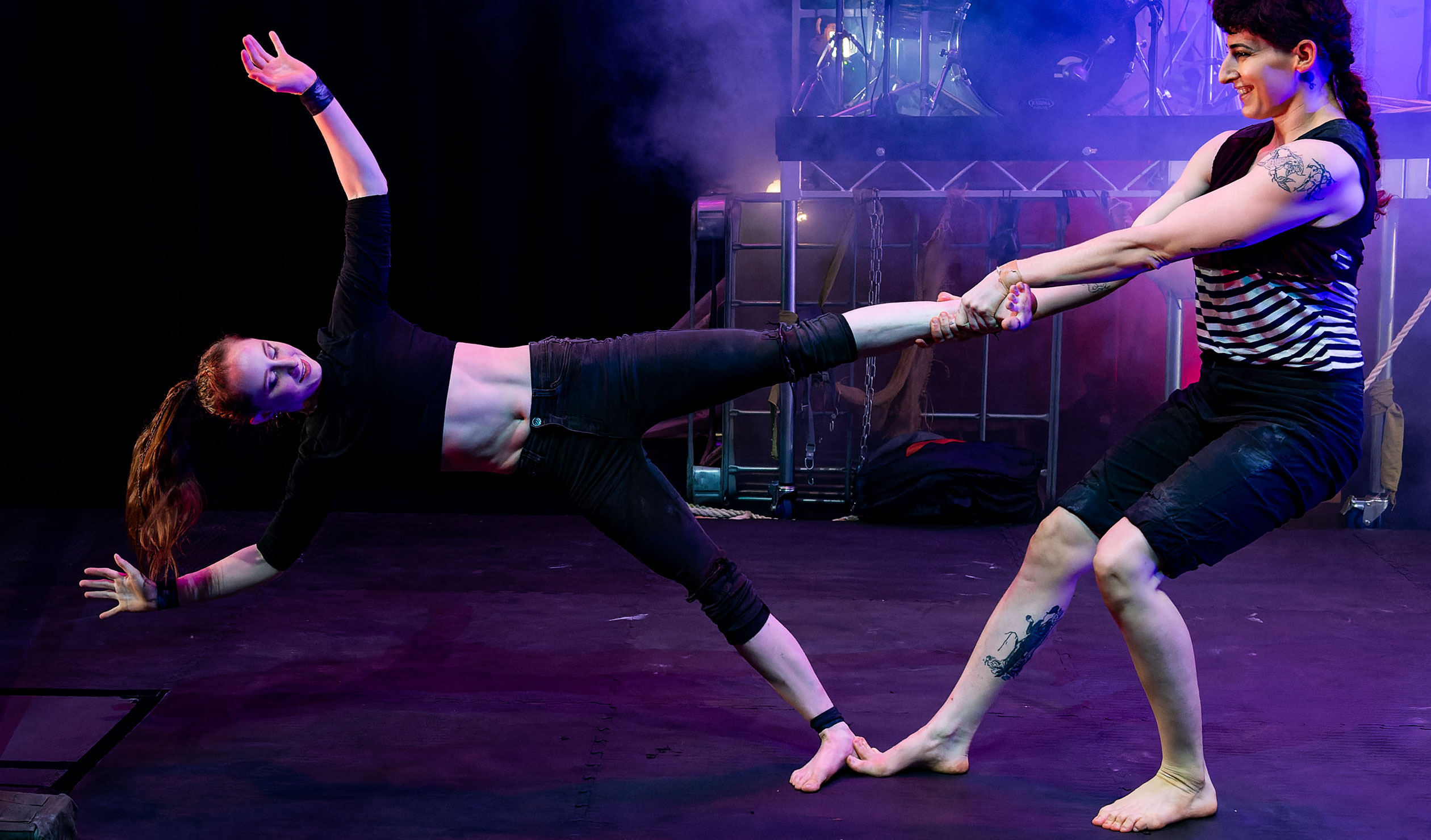 The soundtrack is supplied by a one-woman rock band, which takes the show to the next level. Having live music on stage gives an extra kick to the performance and adds another layer of connection with the audience, although it is sometimes hard to keep eyes on both the musical performance and the on-stage acrobatics.

The Adelaide Fringe is a breeding ground for ingenuity, and this show perfectly illustrates that in the way it challenges perceptions of familiar themes. The routines themselves aren’t unique, but The Defiant feels fresh and authentic ­– a polished, beautiful and engaging show.

The Defiant is at The Peacock in Gluttony until March 20.