We know the tropes well: the hyper-masculine private investigator, the femme fatale showing the dangers of female desire, the whisky glasses in a dimly lit, smoky bar.

But what happens if a troupe of queer performers reinvent the portrayal of the femme fatale? What if the PI isn’t “cool”, but more of a trite joke? What if the story is told through cabaret and circus?

We get Cab Suave.

Our narrator is PI Dick Johnson, played by Jack Wilde, the “token straight white man” who makes sure to always flex his PI status and reiterate his place with sly euphemisms (look to his name for the basis of these jokes). Wilde does an excellent job of filling out this cheesy character.

PI Johnson is hired by an uptight, wealthy woman to investigate the “scandalous” Cabaret Suave, an underground establishment run by four flirtatious performers. Cab Suave is seen to be corrupting the “good people” of society, a fresh and engaging metaphor for conservative and homophobic views of the LGBTQIA+ community.

Brought to the stage by Sparkle Society, a theatre company focusing on the representation of queer artists, this is, in fact, a sparkly and playful production, but with a sensuality that allows it to marry so well with the dark and cynical world of the film noir.

Aesthetically, Cab Suave has a lot to offer, and so do the performers with their vast talents, exhibiting everything from silk routines to juggling acts, live music to counter-balance displays.

The founders of Sparkle Society, Latonya Wigginton and Abby Kelso, star as the characters of Mal and Baby, respectively. The two share a captivating chemistry in a hula-hoop routine; with the Isley Brothers’ “Shout” as the backing track, this act is an energetic climax of the production that has audiences truly invigorated.

Trance, played by Laney Mejias, charms audiences with her vocal talents throughout Cab Suave, a highlight being a rendition of Peggy Lee’s “Fever”, as Ember, played by Winter Cyan, illuminates the space with a sultry fire-dancing routine.

Apart from a few opening night jitters, the cast of Cab Suave, decked out in fabulous shimmering costumes, offer an impressive physical spectacle that subverts what we know about Hollywood film tropes, and has the audience laughing, singing and clapping along. 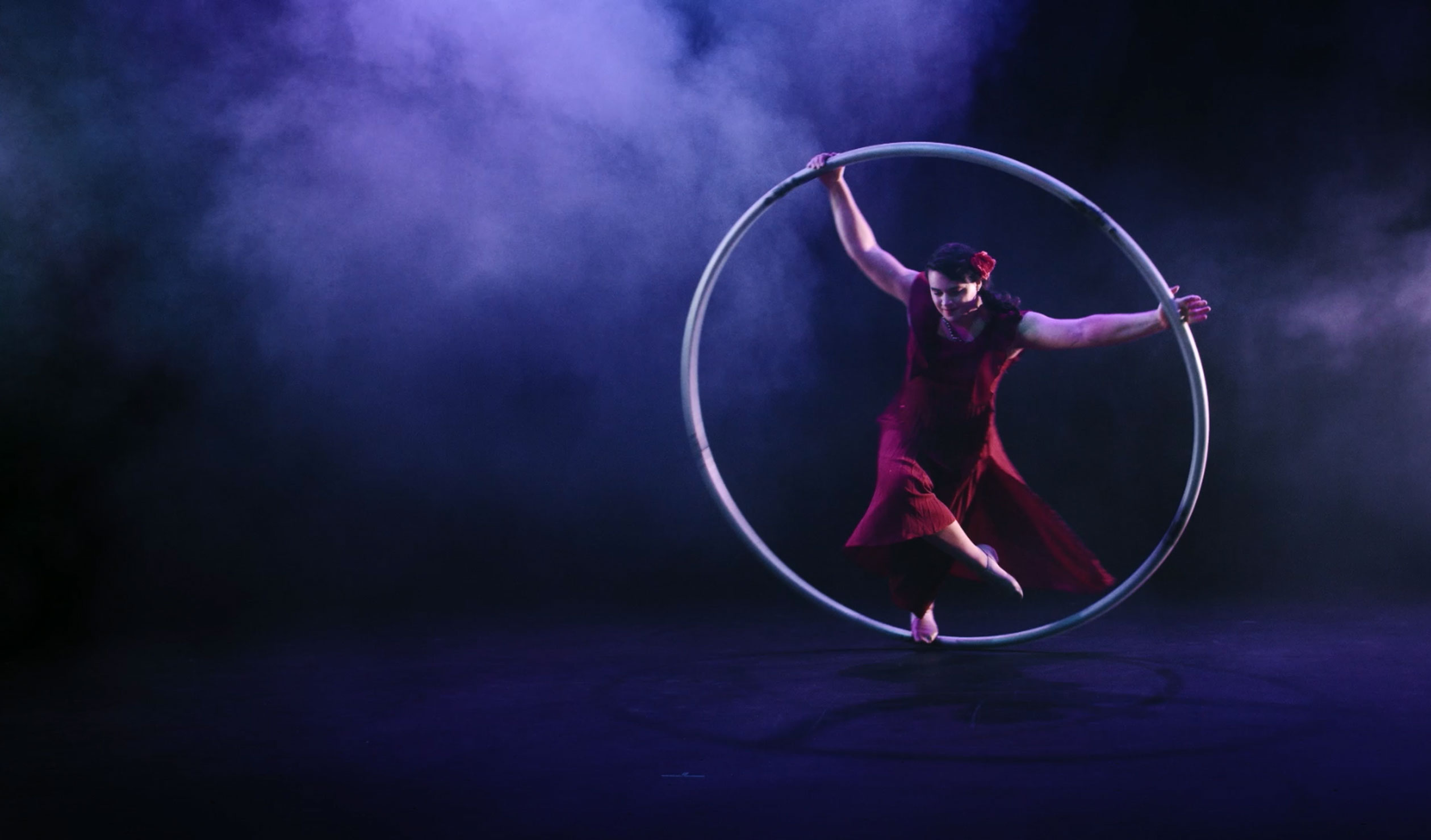 Cab Suave is in Ukiyo at Gluttony until March 6, and then at QuickSteps Outdoor Ballroom in Light Square until March 20.