It’s a cool idea to produce a concert of Magical Mystery Tour songs. Many of these superb songs get less attention than those from other Beatles albums. And as the Adelaide shows are staged just before sunset, the lyrics about the fool on the hill who “sees the sun going down” resonate with me.

The sound is excellent and production values are high. It is also reassuring to see multi-talented musician Julian Ferraretto conduct the 15-piece orchestra. The combination of a rock band with an orchestra works a treat – as it should, for the Beatles frequently combined rock/pop with orchestral instruments and elements.

The band comprises Anthony Leppa, Dusty Lee Stephensen and Ian “Polly” Politis (a fourth member, Rohan Powell, was absent on this night). Leppa, the main singer, has a relaxed manner and wears sunnies and a blue and gold Sgt Pepper-style jacket. He is also the concert host, providing interesting and reverent context for the songs. His pleasant voice is certainly up to the challenge of singing Beatles tunes.

The other main singer, Stephensen, has the rock-star vibe and moves, and played guitar and sang well. But he was flat on George Harrison’s (admittedly difficult) “Blue Jay Way”, making an already grating song slightly more grating. 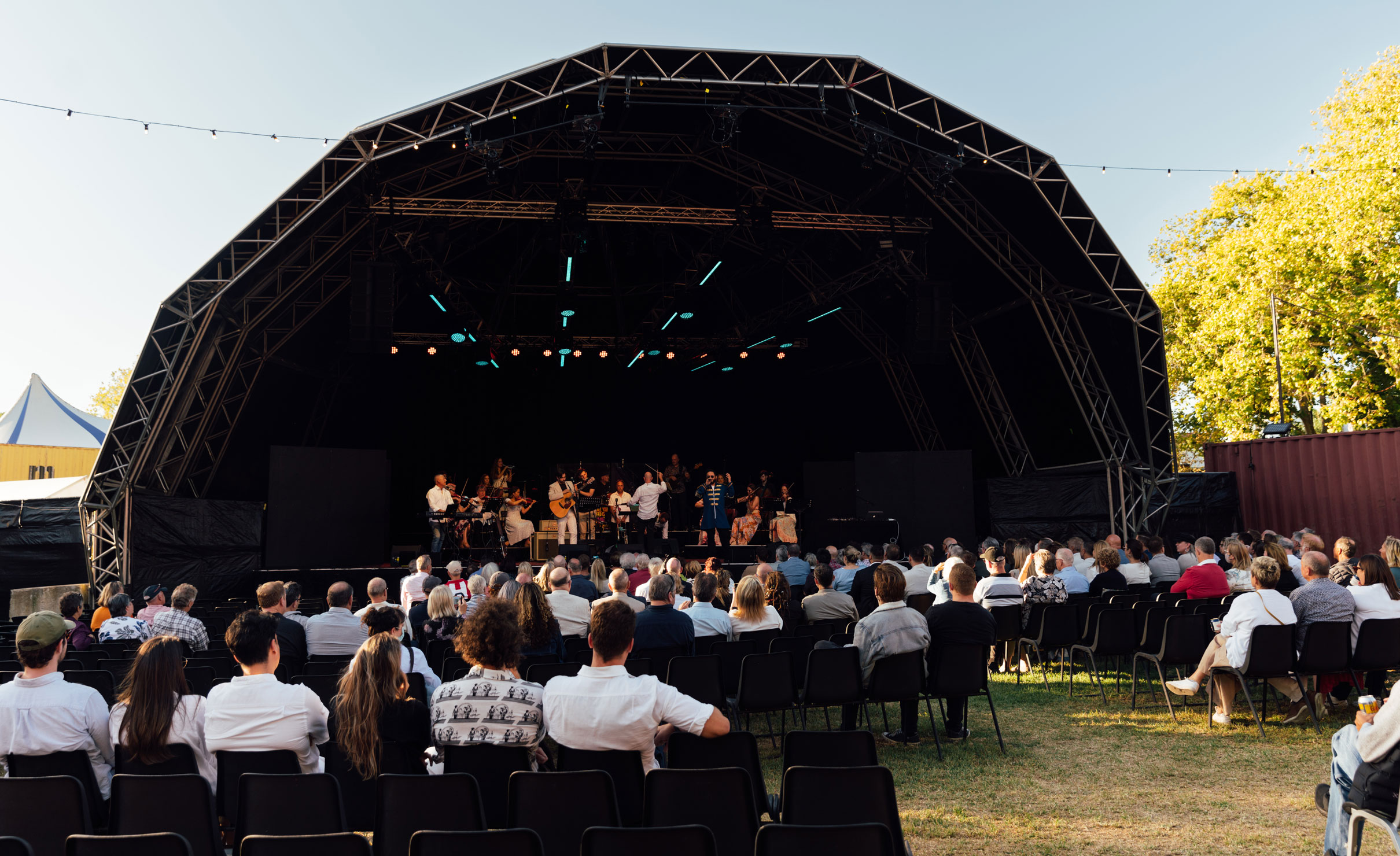 As the show progressed, the rock musicians ad libbed and upped the fun, leading lively versions of “Hello, Goodbye” and the under-rated and brilliant self-help song “Baby, You’re a Rich Man”. Even “Penny Lane”, with its notoriously complicated piccolo trumpet solo, sounded spot-on. But the drummer was sadly hidden behind one of those weird-ass drum screens. The faceless man could have been presented as a Ringo avatar.

An intriguing moment was when Leppa mixed snatches of Peter Goers’ voice into “Strawberry Fields Forever”. Boldly defying global consensus, Goers has stated that John Lennon was just an average songwriter. Perhaps Goers felt that the sound of his voice was what Lennon’s “Strawberry Fields Forever” needed to elevate it beyond the ordinary. At any rate, his comments were amusing, and they added a pleasing Adelaide touch to the classic song.

The penultimate song was a rousing version of “All You Need is Love”, followed by the traditional closer at Beatles cover shows, “Hey Jude”. The crowd left happy.

Classical Mystery Tour is in the Moa at Gluttony until March 6. Rohan Powell will return to the line-up from March 2.